In back of the real is a seminal poem written in 1954 by Allen Ginsberg. A ‘flower of industry’ survives in the poem despite its abandonment in front of a tank factory, reflecting the effects of industry on its surrounding environment. This exhibition is situated in ISCP’s gallery and throughout its immediate vicinity of East Williamsburg, Brooklyn. ISCP’s building, a former factory, is located in an industrial area between warehouses, shops and different production sites. The neighborhood is characterized by an enigmatic relationship between its manual laborers and artist community, with an ‘invisible border’ between economic production and the artistic imaginary. The exhibition is organized by ISCP curator-in-residence Necmi Sönmez with participating artists Uri Aran, Julien Bismuth, Katie Holten, Gereon Krebber, Luisa Rabbia, Tanja Roscic, Carolyn Salas, Ana Santos and Reed Seifer.

Spaces adjacent to ISCP will become sites of artistic intervention for In back of the real namely under-recognized yet significant places, facades, street corners and small gardens. This exhibition bears witness to the extraordinary development and potential on the border of East Williamsburg and Bushwick, where the present condition is marked by extreme density and a defamiliarized population. The selected artists have been invited to respond to these conditions through newly commissioned site-specific works in order to present alternative strategies for community participation. The artists will also present related works in ISCP’s gallery.

In back of the real is the third installment in a year-long exhibition series that takes ISCP’s site of production – a historic printing factory – as the starting point to reflect on the changing nature and idea of work in society and how we define labor today. The first exhibition, Factory Makers, curated by Kari Conte, predominantly featured work by artists who address the impact of the world’s rapidly changing economies on new social and cultural realities. The following exhibition, pertaining to a profession proverbially energetic and nervous, curated by Sarah Demeuse, looked at particular considerations about the artist at work. 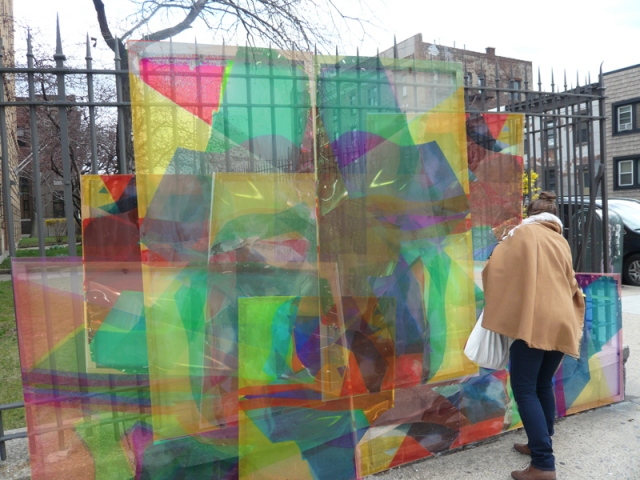 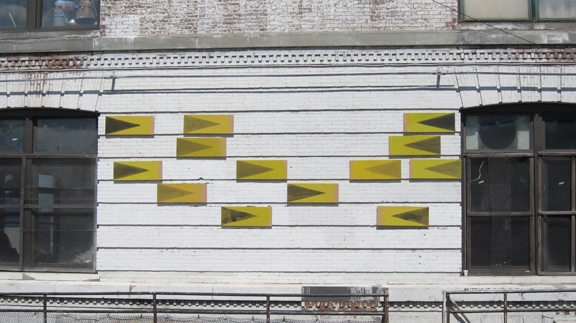 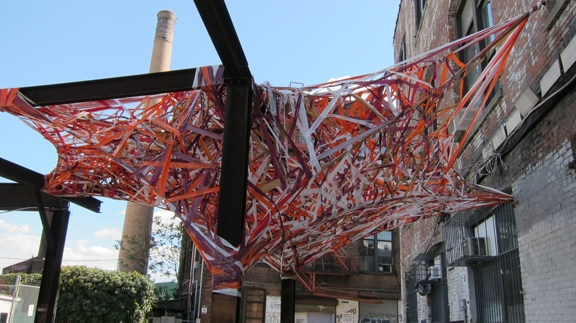 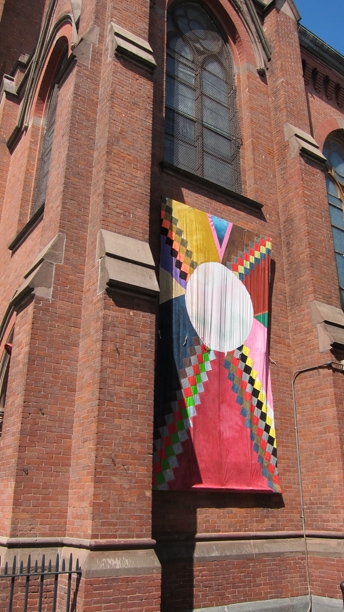 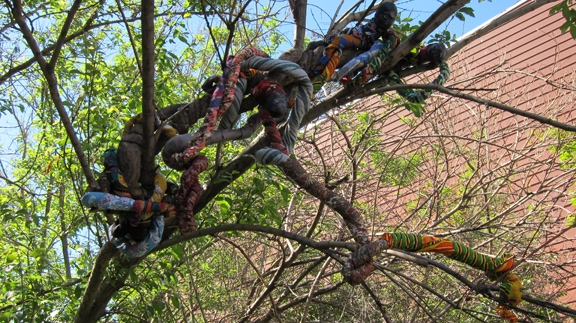 Free and open to the public, no rsvp required

Artist residencies have a long history, beginning in the early 20th century. Today there are numerous international residencies for artists, serving a distinct function within the contemporary art world. The development of curatorial residencies has not been as widespread, but has initiated a complex set of institutional models. This panel discussion will specifically consider different approaches to curatorial residencies. Speakers will share their experiences participating in residencies throughout Canada, Europe and the United States.

Sofía Hernández Chong Cuy was recently appointed Curator of Contemporary Art for the Colección Patricia Phelps de Cisneros. She also works as an agent for Documenta 13 and, since 2009, she is a board member of Kunstverein, Amsterdam. In Spring 2008, she had a
curatorial residency at Kadist Art Foundation, Paris, and during the 2008-2009 academic year, she was curator-in-residence at CCS Bard. Chong Cuy writes regularly for exhibition catalogs and magazines on commission, and independently in the blog she initiated, Sideshows.org.

Chris Fitzpatrick has organized exhibitions and events internationally for venues including Palazzo Ducale, Genoa; Proyectos Monclova, Mexico City; the Oakland Museum of California, Oakland; as well as the Exploratorium, Yerba Buena Center for the Arts, and many others in San Francisco, where he is based. Fitzpatrick has been awarded curatorial residencies by Fondazione Sandretto Re Rebaudengo, Turin; the Banff Centre, Alberta; and FIAC/Fondation d’enterprise Ricard, Paris. Fitzpatrick’s writing and interviews have been published in Pazmaker, Mousse Magazine, Camerawork: A Journal of Photographic Arts, The Baltic Notebooks of Anthony Blunt, and Art in America, plus books and catalogs. Fitzpatrick is currently on the curatorial board of the Present Future section of Artissima 18, Turin.

Astrid Honold is an ISCP curator-in-residence from February to August 2011. She is a German curator based in Amsterdam where she established Office For Contemporary Art together with artists Fendry Ekel and Folkert de Jong. Operating in the fields of Art Management and Consulting, the Office supports a selected group of talented young artists working in The Netherlands. With Black Cat Publishing, Honold publishes monographs and exhibition catalogues. Additionally, Honold is an independent curator working with international galleries and museums.

ABOUT MINI/Goethe-Institut Curatorial Residencies Ludlow 38
Ludlow 38 is the downtown satellite for contemporary art of the Goethe-Institut New York. Ludlow 38 opened on the Lower East Side in February 2008. The space had been designed by artists Ethan Breckenridge and Liam Gillick. The gallery program during the first year was curated by Kunstverein München. The second year was programmed in collaboration with the European Kunsthalle Cologne. From May through December 2010 Künstlerhaus Stuttgart was the partner institution from Germany. On February 24, 2011, the exhibition space relaunched as MINI/Goethe-Institut Curatorial Residencies Ludlow 38. The residency program marks the continuation of Ludlow 38 for an additional three years, to December 2013. Martin Beck and Ken Saylor redesigned the gallery at 38 Ludlow Street on the occasion of the relaunch. A new graphic identity has been developed in collaboration with H I T (Lina Grumm / Annette Lux). A series of publications in association with Spector Books Leipzig accompany the exhibition program through 2011. MINI/Goethe-Institut Curatorial Residencies Ludlow 38 is supported by MINI and Friends of Goethe.

Marian Drew will show photographic work  made during her residency at ISCP as well as some earlier work made in Australia. Her Salon talk will expand on her practice and explore some of the issues and processes that enable art making in a new environment.

In Australia, Marian Drew used road kill animals in her work to rephrase the story of Australia’s colonial heritage, raising questions about cultural and historical relationships to Europe and more philosophically, our relationship to mortality, human and animal alike. Working in New York, Drew found a dead pigeon in the early days of winter and this animal became a conduit between her new environment and Australia and her recent and previous work. Drew is interested in hybrids between drawing and photography that acknowledge the dynamic relationship between photographer and subject and uses the body as a context to explore our relation to otherness, death, sensuality and a selective domestic history, as seen through the genre of the still life.

Daniel Permanetter will argue his idea of Bob Dylan as a kind of artistic material that can be employed to create a metaphor, in addition to the presentation of recent and older works.

Daniel Permanetter graduated from the Akademie der Bildenden Künste in Munich, Germany, where he lives and works. Based on a strong reference to popular music, his work takes on narrative structures and finds its form in single-channel videos, room installations, spoken and written word and photographs. In recent years, he introduced the icon Bob Dylan into his work in order to develop a metaphor for the artistic and deeply human longing to create meaning and for the failure of most attempts to achieve this. This underlying image of desire is interwoven with odd, poetic and emotional narratives that shift in their subject from work to work. 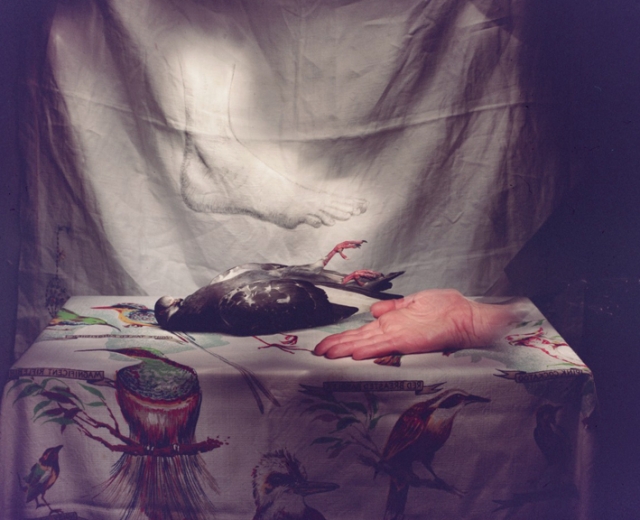 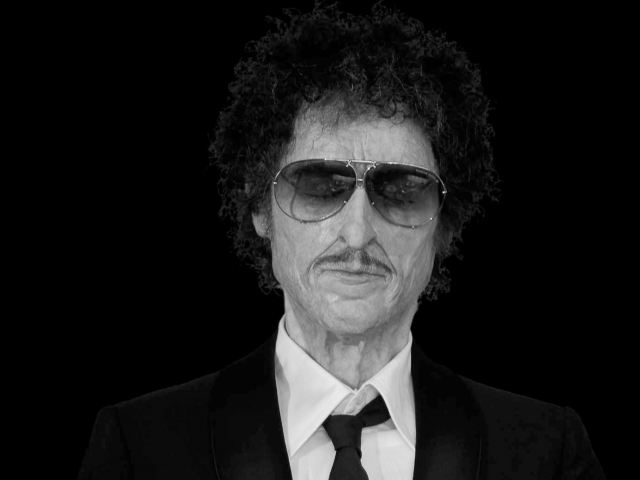