Rena Leinberger: When it opens like this, up is not over

ISCP and the New York City Department of Transportation’s (DOT) Urban Art Program are pleased to announce a new joint commission by artist Rena Leinberger. When it opens like this, up is not over, is a new temporary site-specific work installed on a 50-foot fence that conceals the Manhattan skyline at Queensboro Plaza and Vernon Boulevard, directly under the Queensboro Bridge. Corrugated fences, walls and other barricades are commonly used in urban environments to conceal functional aspects of the city. The fence utilized in Leinberger’s work obscures construction supplies along with the dramatic base of the Queensboro Bridge and a view of Manhattan.

Taking its location as a departure, When it opens like this, up is not over creates a liminal space, simultaneously real and fictive, a continuation of Leinberger’s ongoing investigations of artifice. Here Leinberger transposed images of the veiled environment behind the fence onto its face. Six photographs were shot in documentary fashion of the view beneath the bridge, which is normally gated and hidden from the public. These photographs were then re-photographed with cut emergency blankets and blue latex gloves captured in a falling state, suggesting precipitation, celebration, and elusiveness. Neither the images nor the scene can ever be viewed in entirety, partially obscured by the flurry.

ISCP thanks the New York City Department of Transportation for their generous support. 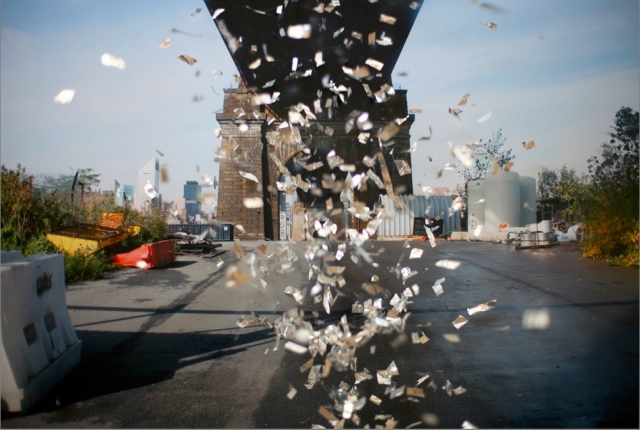 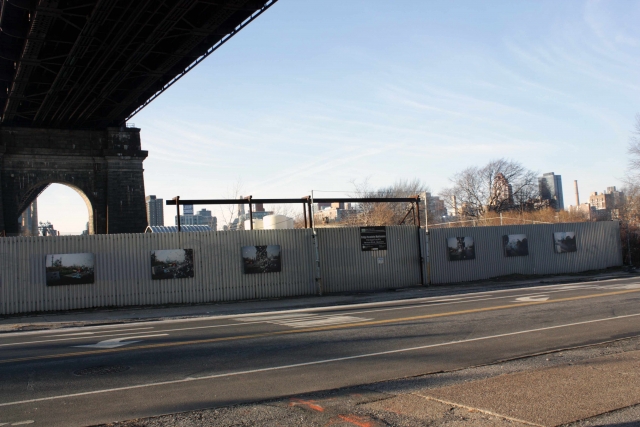 Rena Leinberger, When it opens like this, up is not over, 2012, Installation view. Courtesy of the artist. 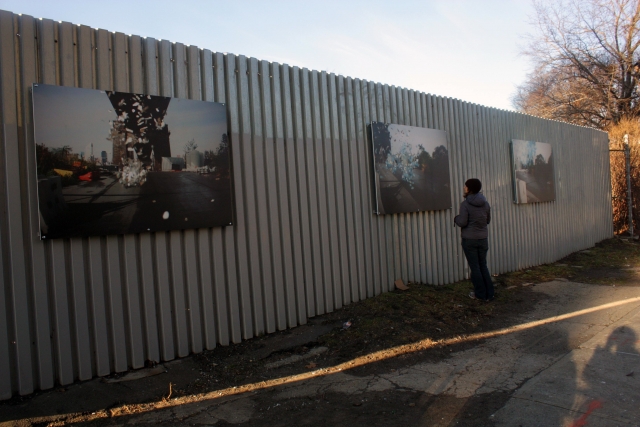 Rena Leinberger, When it opens like this, up is not over, 2012, Installation view. Courtesy of the artist.

Kakyoung Lee will premier her new animated video installation Climbing Up, which will be shown at MASS MoCA for one year begining this February. She will discuss this work and will also show her two-channel video installation Walk in Circle. Lee combines hundreds of hand drawn images and prints to construct a moving image that reflects the sequence of activities in ordinary life and alludes to her search for her identity in the different geographic and cultural milieus through which she has passed in the travels between her two home countries, South Korea and the United States.

Jean-Michel Ross will present recent curatorial and editorial research associated with Galerie Thomas Henry Ross art contemporain and Free Pass Magazine (founded in Brooklyn during his ISCP residency). These two distinct platforms for experimentation and research (a for profit gallery and a not-for-profit magazine) were both initiated to question the issues and the empirical impossibilities raised by the democratic ideal. Questioning more than just value and access, Ross feels that these projects underline the fact that context should always be understood as discourse and that curating like editing should always be seen as collaborative work. This Salon will be the first part in a three-part event called All work and no play makes Thomas a dull boy for which he will present a solo exhibition of collage work by artiste Ève K. Tremblay in his studio under the subtitle: Sorry it was a misunderstanding. 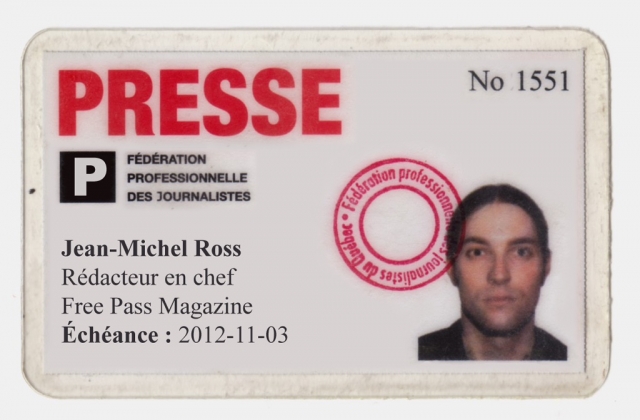 Performance will start promptly at 6pm and will end at 6:30pm.

According to French artist Hélène Picard when someone arrives in New York they feel that the American dream is still alive regardless of their past or current ambitions. Each person senses the hopes and fears of the millions of immigrants that arrived before. Picard packed her furniture and gave up her home prior to moving to New York. When looking for a suitcase she thought about Mary Poppins, the famous nomad nanny with a magic bag. Picard wondered how to fit an entire house, her personal belongings, culture and story in a simple bag. Super Fragilistic is an ongoing project about the immigrant, realized by Picard at ISCP through a 30-minute silent action.

Helene Picard (born 1972 in France) graduated in 1998 from the School of Fine Arts of Paris, and was awarded the Casa Velazquez Residency in Madrid in 2000. Picard currently works and lives between Madrid and Paris. 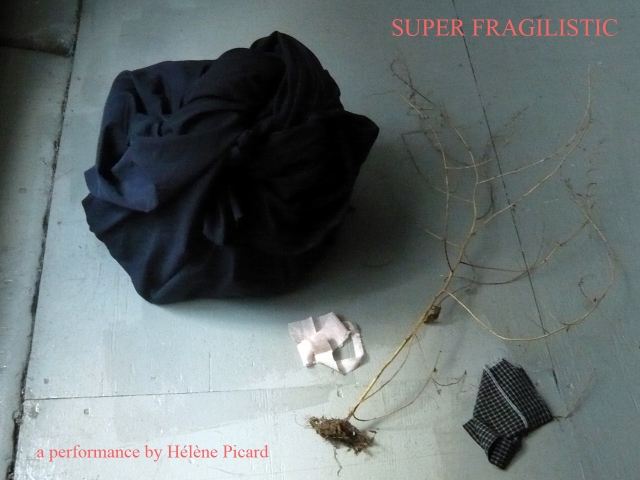