A 2011 ISCP alumnus, Muja’s exhibition restages his 2019 exhibition Family Album, originally shown in the Pavilion of the Republic of Kosovo at the Venice Biennale. A conversation between Alban Muja, Ksenia Nouril, and Kari Conte will take place on March 16 at 1pm EST, introduced by Ambassador Frymëzim Isufaj of The Consulate General of the Republic of Kosovo in New York.

Alban Muja: Family Album features a three-channel documentary video installation which traces the stories of several children living in Kosovo during the time of the Kosovo War in 1998 and 1999. As the war progressed, nearly 800,000 citizens were forced to flee their homes for safety in neighboring countries, including a teenaged Muja. Images of these refugees—many of them children—were captured by photojournalists. The starting point of Family Album is a photograph that Muja found of himself with José María Aznar, Spain’s Prime Minister at the time, in a Spanish-run refugee camp in Albania where Muja was living with his family. This led him to think about other refugee children from the war who were represented in the media, and so he tracked down the now-adults from some of the most well-known images of children from the war. Family Album pivots around interviews with four of these former Kosovar refugee children, bringing visibility to their experiences and memories, while building upon the narratives handed down to them.

The 2019 Venice presentation of Family Album was curated by Vincent Honoré.

Alban Muja lives and works in Pristina and Berlin. His work takes the form of video installation, short films and documentaries, drawing, painting, and performance and is largely influenced by the ongoing processes of social, political and economic transformation in his native Kosovo and across the wider region of the Balkans. Through his practice, he investigates history and sociopolitical themes, and links them to his life in Kosovo today. 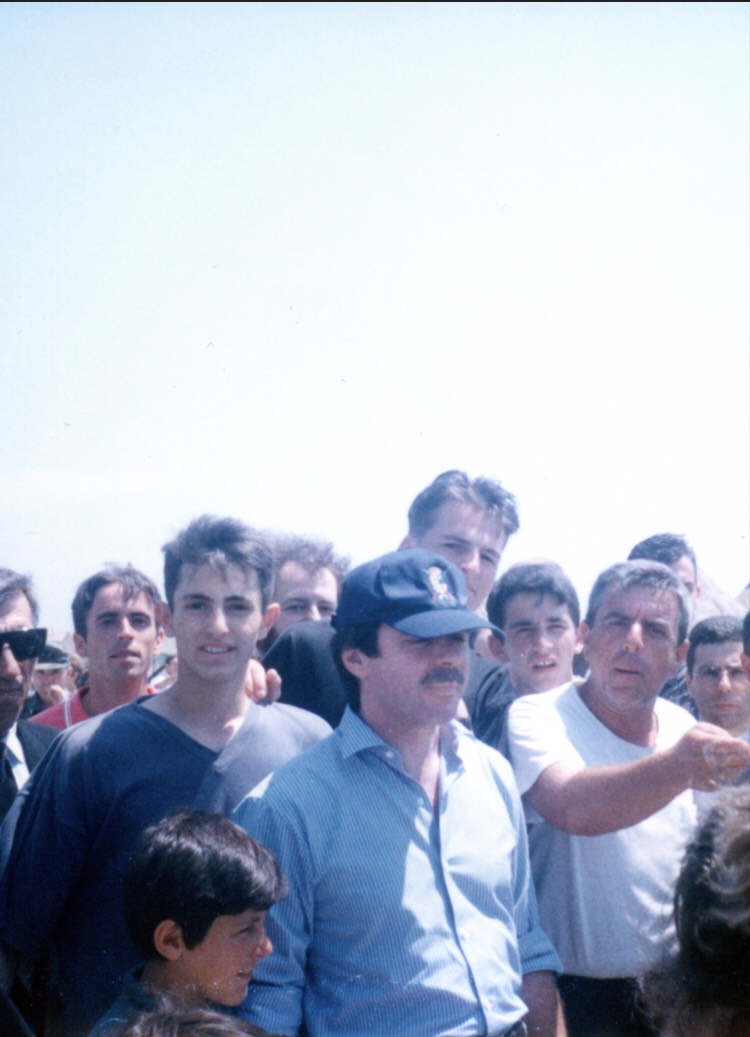 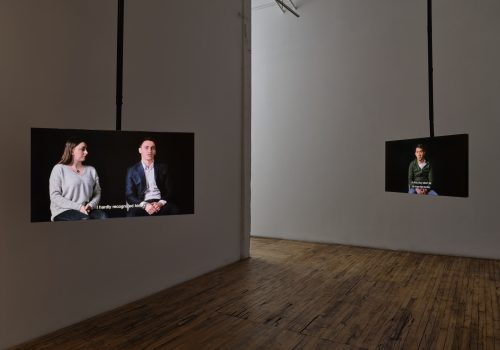 Evron and Kuo speak about how shrines or objects of worship are connected to the contemporary idea of a readymade. Evron will show documentation of open sanctuaries in desert landscapes, Roman coins depicting monuments, and 7th century B.C. stones representing female lepers. He will also share insights from previous conversations with archeologists and discuss how these sites can be thought of through the linguistic concepts of abstraction and signification. A Q&A with the audience will follow.

Tune into the Instagram Live here on Tuesday, January 26th from 4-5pm.

This Artists at Work is introduced by Hillit Zwick, Executive Director of Artis, Evron’s residency sponsor at ISCP. Artis is an independent, nonprofit organization based in New York, and supports contemporary artists from Israel whose work addresses aesthetic, social, and political questions that inspire reflection and debate.

Assaf Evron is an artist and a photographer based in Chicago. His work investigates the nature of vision and the ways in which it reflects in socially constructed structures. He applies photographic thinking in various two and three-dimensional media. Evron questions the construction of individual and collective identities, immigration of people, ideas, images, and representations of democracy. He has exhibited work at Museum of Contemporary Art Chicago; Spencer Museum of Art, Lawrence, Kansas; and The Israel Museum, Jerusalem, among others. 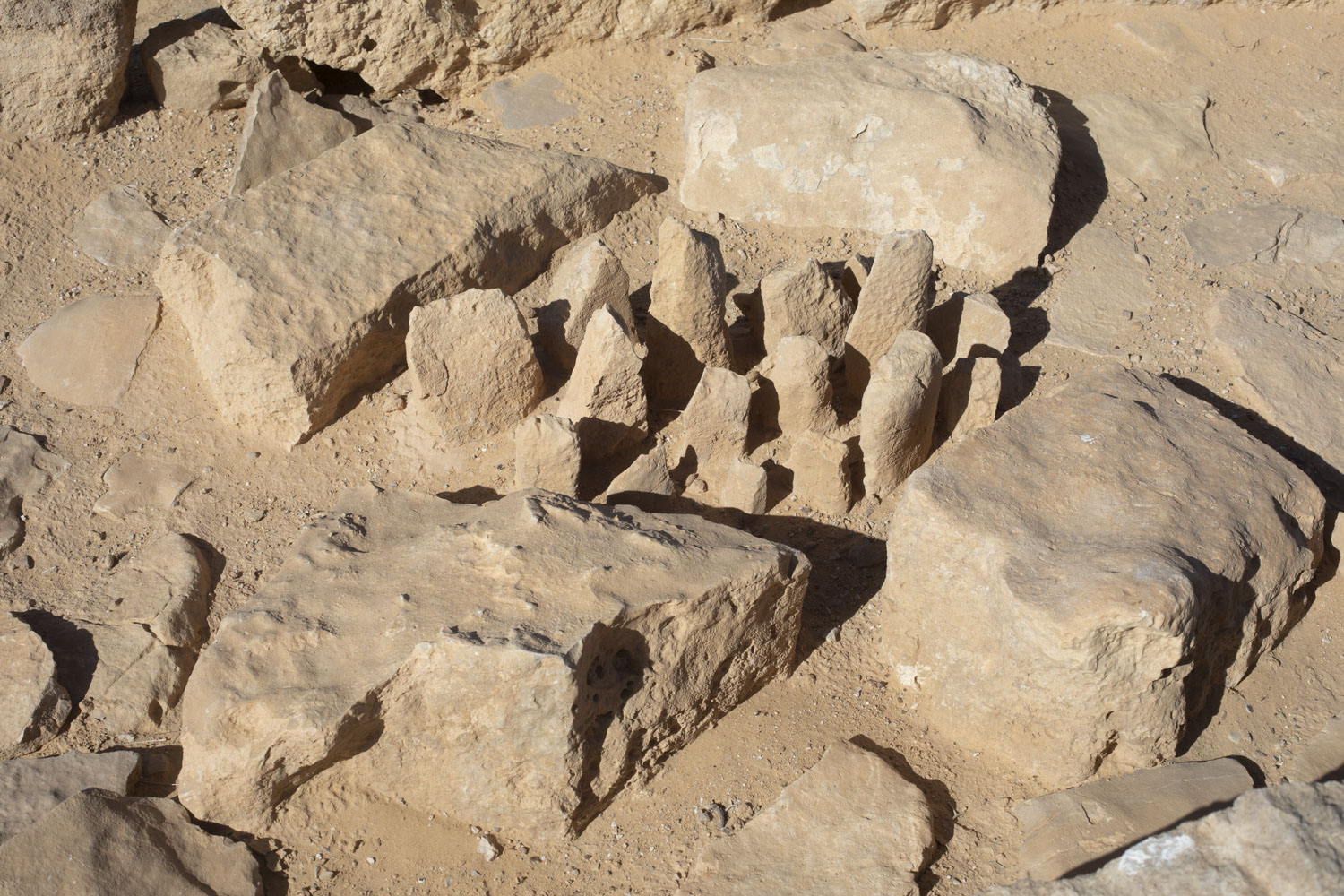 Alexandra Sloan Friedman, organizer of The Earth Is Blue Like an Orange, will give a comprehensive tour of the exhibition now on view in ISCP’s gallery via Instagram Live. She will be joined remotely by participating artists, Svetlana Bailey, Moko Fukuyama, Wieteke Heldens, Alison Nguyen, and Habby Osk, who will speak about their work in the exhibition and engage in conversation with Alexandra in five minute intervals. The Earth Is Blue Like an Orange, a title derived from poetry by French surrealist Paul Éluard (1895-1952), evokes the collective memory of 2020 through eight artists’ differing viewpoints. In an unparalleled period characterized by the COVID-19 pandemic, and a heightened collective awareness of widespread racial injustice, the individual works reflect a range of concepts and emotions.

Tune into the Instagram Live here on Tuesday, December 8, at 4pm.

The exhibition is on view through December 10. Please write to info@iscp-nyc.org to schedule an appointment. The number of visitors to ISCP galleries will be limited, with timed viewing. Visitor protocols are in the Visit section of the website here. 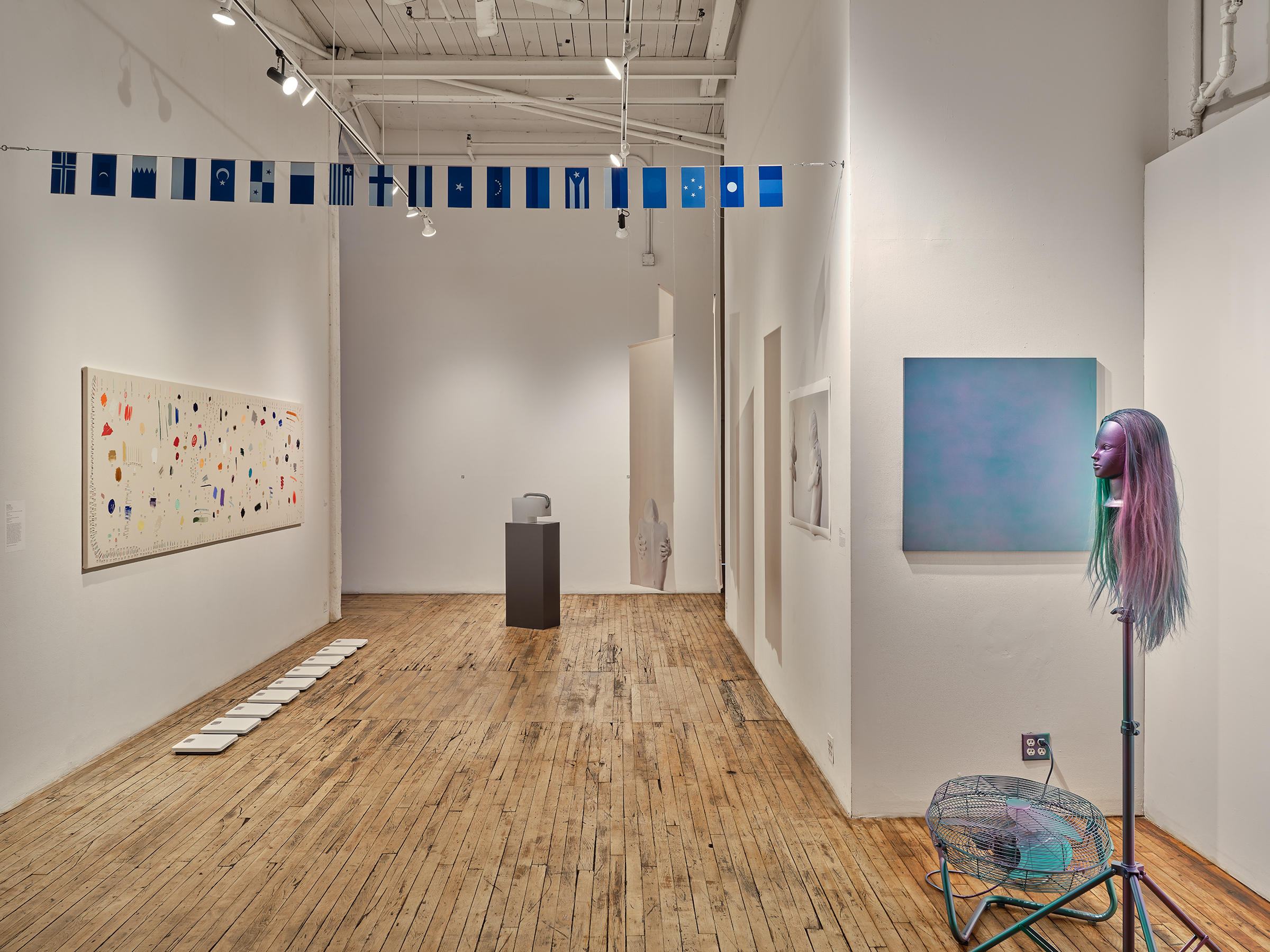 The Earth Is Blue Like an Orange, 2020, installation view at ISCP. Photo by Shark