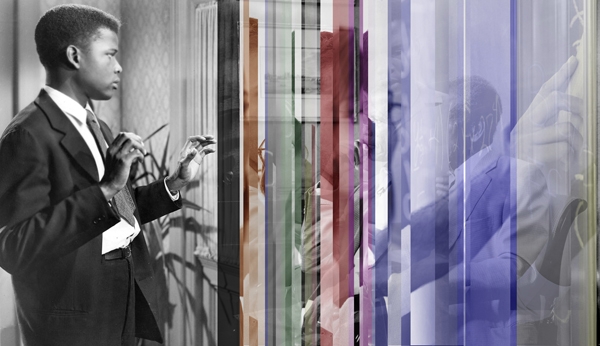 D-L Alvarez, Poitier of the Fifties About to Enter the Color Wars of the Civil Rights Movement, 2014 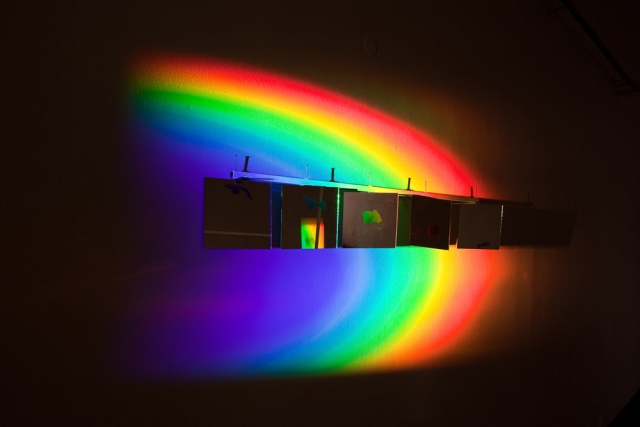 This salon features artists Heather Hart, Kiril Kuzmanov, and AustinThomas in dialogue about their recent projects, which overlap on thesubject of art in the context of public marketplaces in Sofia,Bulgaria, East Williamsburg in Brooklyn, New York, and elsewhere. Thesalon is organized and moderated by Sara Reisman.

Heather Hart questions how the memory of an experience is generated,giving the “viewer” some responsibility in the art “viewing” processand creating something that lasts longer than the interaction itself,starting a conversation that may continue outside of the art piece.Based in Brooklyn, NY, Heather Hart was an artist in residence atSkowhegan, RBPW, Santa Fe Art Institute, Fine Arts Work Center and atthe Whitney Independent Study Program. She has received grants fromJoan Mitchell Foundation, Harvestworks, Jerome Foundation and afellowship from NYFA. Her work has been featured in exhibitions atSocrates Sculpture Park, Seattle Art Museum’s Olympic Sculpture Park,Studio Museum in Harlem, Art in General, Rush Arts Gallery, No LongerEmpty, Museum of Arts and Craft in Itami, Portland Art Center and theBrooklyn Museum. She studied at Cornish College of the Arts inSeattle, Princeton University in New Jersey and received her MFA fromMason Gross School of the arts at Rutgers University. Hart iscurrently a recipient of an LMCC Workspace.

Kiril Kuzmanov is interested in how ideas become objects and are expressed in a certain language, scale and media. Kiril Kuzmanov (born 1981) graduated with an MA in sculpture from the National Academy of Art, Sofia. Among his projects and works related to specific places are: Project 0, The Trap Quoter, Plovdiv; Who Controls the Controllers, Tiananmen Square, Beijing and Wild is the Wind, related to 11 countries in Asia. His solo exhibitions include: Exhale, Rayko Alexiev Gallery, Sofia and Feeder Head, Vaska Emanouilova Gallery, Sofia. He has participated in group exhibitions including: BAZA award, Sofia Art Gallery; Sofia Contemporary 2012; 5th International Biennale of Young Artists, Bucharest, 2012; Fragile, Atelier Tarwewijk Mijnsherenlaan, Rotterdam, 2012 and Art of Urban Intervention 2011, Institute of Contemporary Art, Sofia. Kuzmanov received various awards and grants, including KK Austria 2012 and the Young Visual Artists Award (BAZA) award of 2013.

Sara Reisman is the director of New York City’s Percent for Art program and an independent curator and sometimes writer. 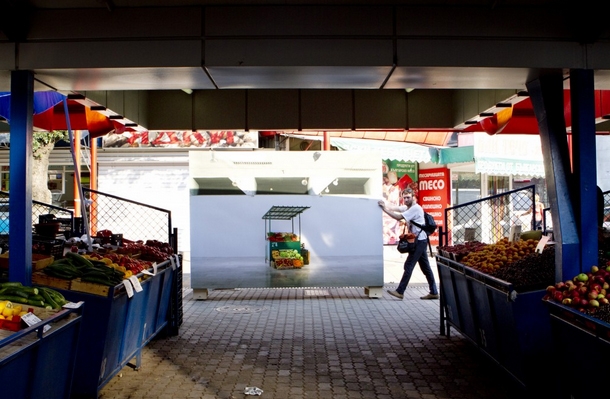 Kiril Kuzmanov, Disappearance of the Content II, 2013, Woman's market (family producers and sellers of fruits and vegetables at the municipality market), Sofia Art Gallery (three critics and curators employed at the municipality gallery), pavilion from the market, vegetables and fruits, object with image (pigment print, 90 x 120 in.), Dimensions variable 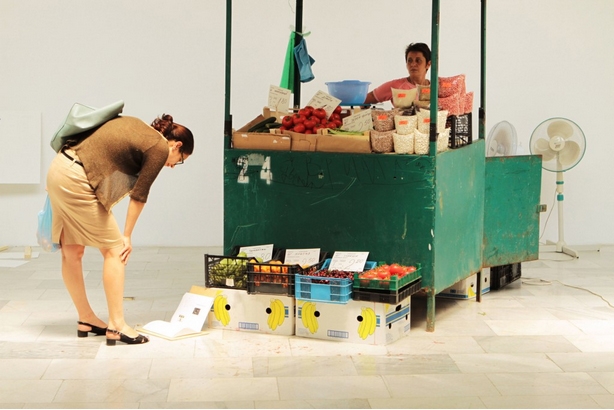 Kiril Kuzmanov, Disappearance of the Content II, 2013, Woman's market (family producers and sellers of fruits and vegetables at the municipality market), Sofia Art Gallery (three critics and curators employed at the municipality gallery), pavilion from the market, vegetables and fruits, object with image (pigment print, 90 x 120 in.), Dimensions variable

Please note: This Salon was originally scheduled for January 21, but was rescheduled due to the snowstorm.

Andrea Mastrovito will discuss the projects he is working on in his first two months at ISCP: a museum solo show in Italy, a public project in Bushwick and his studio work about the circus. All of them are characterized by a series of deep reflections about drawing and its declinations in time and space through sculpture, video and performance, where the line of drawing mingles with lines of personal and universal history.

Eileen Maxson will present a body of work in-progress that takes the 1990’s cult film Reality Bites as central inspiration. Maxson is focused on the film for its timely conflicts: personal virtue versus market society, mediation versus authenticity and commodification versus rebellion. Works presented will include video, sculpture, internet intervention and photography. 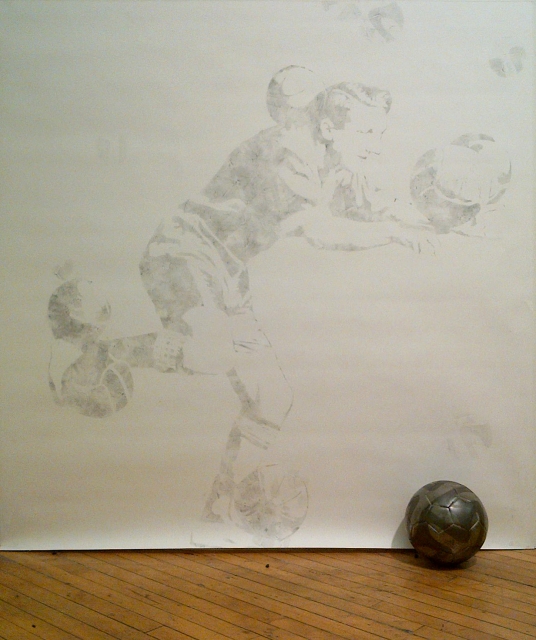 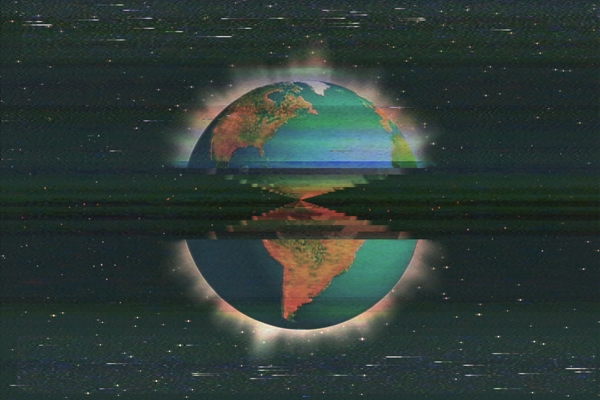