Petra Feriancova: Theory of the City or the Possibilities of an A4

For the first time in ISCP’s 16-year history, an ISCP resident will have the opportunity to present a solo exhibition in ISCP’s gallery. This initiative will annually offer three ISCP artists and one alumni the space, time and challenge to produce new works of art which seriously engage with the context of their presentation — ISCP and New York City. Theory of the City or the Possibilities of an A4 by Petra Feriancova is the inaugural exhibition in this series and the artist’s first exhibition in the United States.

The exhibition features five works that utilize A4 sheets of paper (81/4 x 113/4 inches) as their primary components. The included works reveal the boundaries of an A4 due to its small scale as well as its unlimited possibilities. Feriancova often manipulates text such as in the installation Play, consisting of the 145 individual pages of Shakespeare’s Hamlet mounted to the wall side-by-side so that the viewer can choose where to begin the tragedy. However, in Feriancova’s Hamlet the dialogue between characters is deleted while the stage directions remain. The A4-sized slide projection 2/3 in contrast to Play is based on direct dialogue between positive and negative and specifically between two ancient blind sisters, who shared one eye since their birth. The artist also revisits her father’s archive of National Geographic magazines in an installation and will show a new participatory work realized by her invitation to a group of people to contribute on an A4 sheet their experiences or ideas of New York City.

Petra Feriancova was born in Bratislava, Slovakia in 1977, where she currently lives and works. She studied at L’Accademia delle Belle Arti, Rome, Italy and Academy of Fine Arts and Design, Bratislava, Slovakia. Her works have been exhibited extensively including at the Secession Museum, Vienna, Austria, 2010; Eastside Projects, Birmingham, UK, 2009; HIT gallery, Bratislava, Slovakia; 2009; and Musee d’Art Moderne de Saint-Etienne, France; 2008. She is the winner of 2010 Oskár Čepan Award.

This exhibition is organized by Kari Conte, Director of Programs and Exhibitions.

This exhibition has been made possible thanks to the support of: Brooklyn Arts Council, The Greenwich Collection, National Endowment for the Arts and New York City Department of Cultural Affairs. Petra Feriancova’s residency (March 1 – April 15, 2011) is supported by the Young Visual Artists Awards and Foundation for a Civil Society. 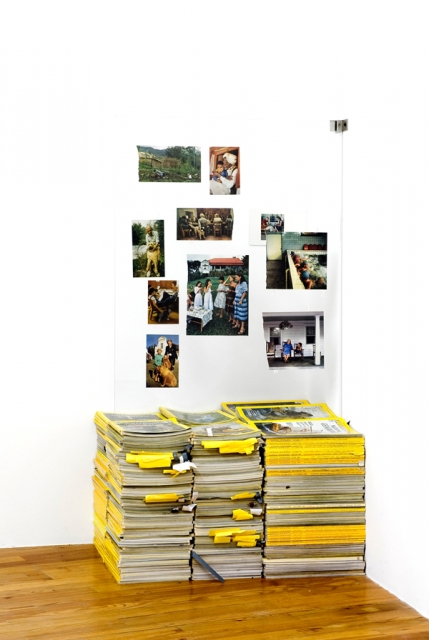 With My Mom, With My Dad, With My Grandpa, The Supper By Us, With My Sisters, My Daughter, With My Husband, With My Nephew, etc., 2010, National Geographic archive, magazine pages mounted on glass sheet, Dimensions variable 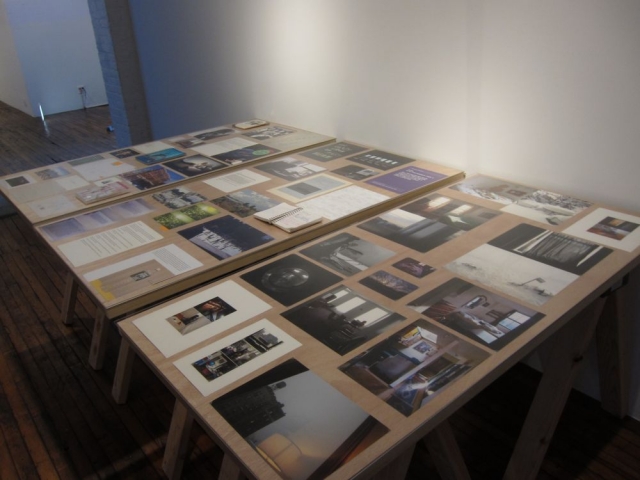 Ana Santos will present some recent works resulting from her studio practice as well as projects she developed outside the studio. Santos’ work explores the relationship between thought/action and thinking/practicing. It also evolves around the idea of drawing as projective art, creating a specific type of ‘distance’ with the materials used and final form. She relates to materials in a direct and pragmatic way, looking for the shortest gesture that may transform things. Ana Santos lives and works in Lisbon, Portugal. She participated in various group shows including Uma mesa e tres cadeiras, Etic, Lisboa, Portugal; Drawing by Numbers, Espaco Avenida 211, Lisboa, Portugal and Bolseiros e finalistas do Ar.Co, Espaco Tranquilidade, Lisboa, Portugal.

Jinny Yu will present works realized during her residency at ISCP as well as some of her past works. Yu is a painter whose practice considers the complexities of visual spatiality and materiality; her paintings oscillate between the physical and material space of the world, and between the pictorial and more subtle material ‘space’ of the painted surface. Born in South Korea and based in Canada, Yu received her MFA from York University and BFA from Concordia University. Yu is an Associate Professor of Painting at the University of Ottawa, Canada. Her work has been shown nationally and internationally and her new body of work will be presented at Pulse NYC in March 2011. 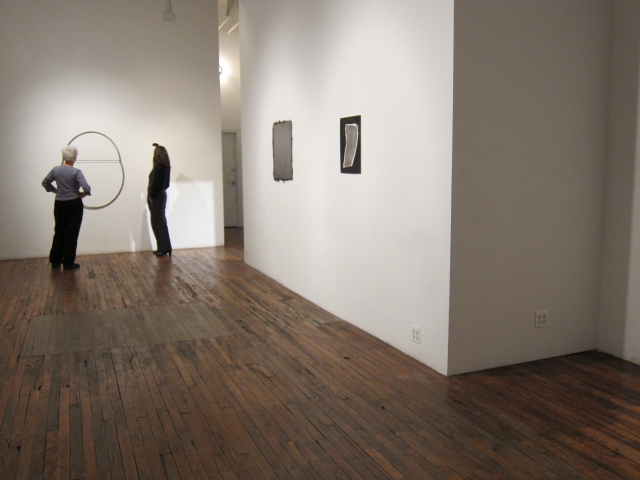 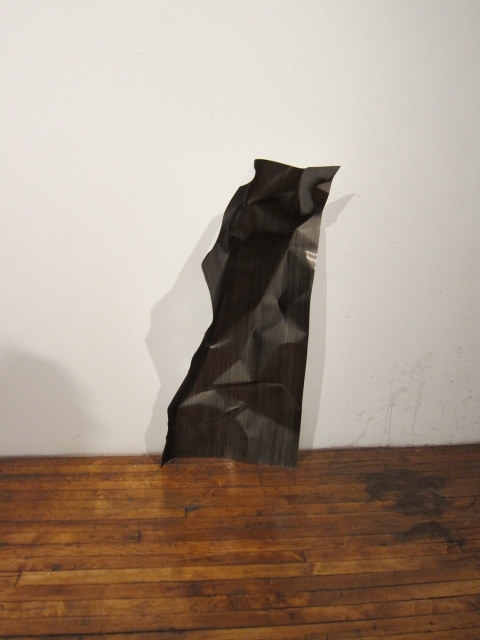 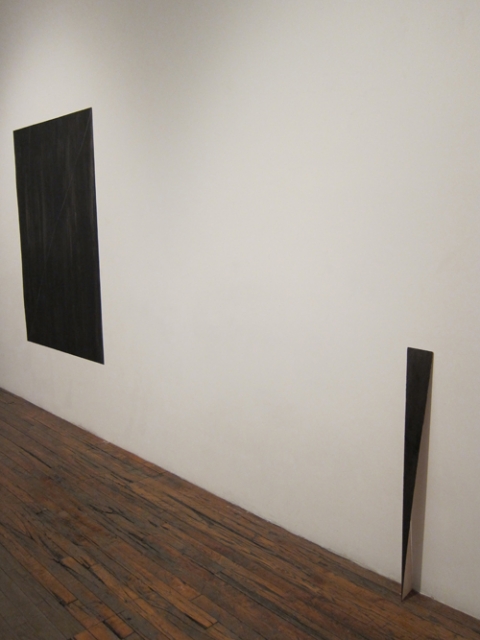 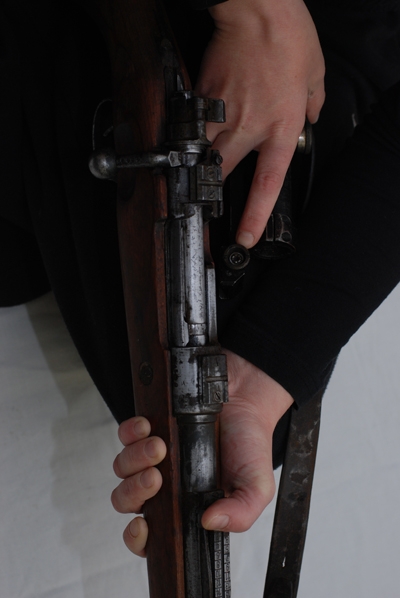 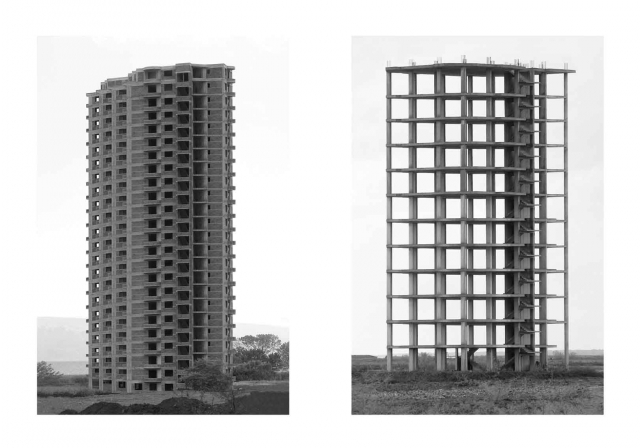