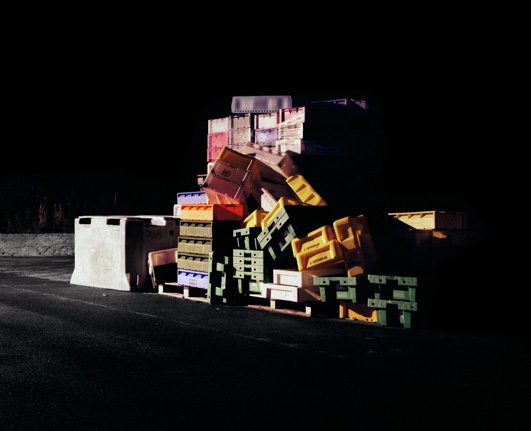 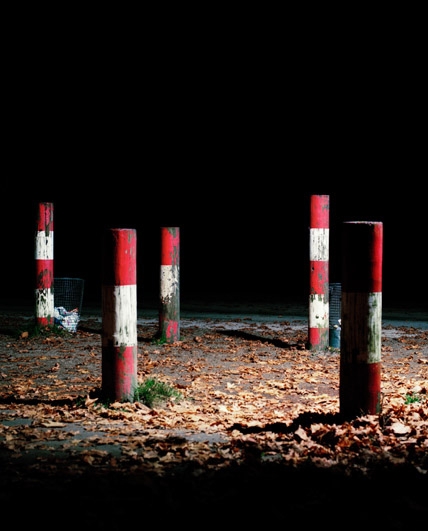 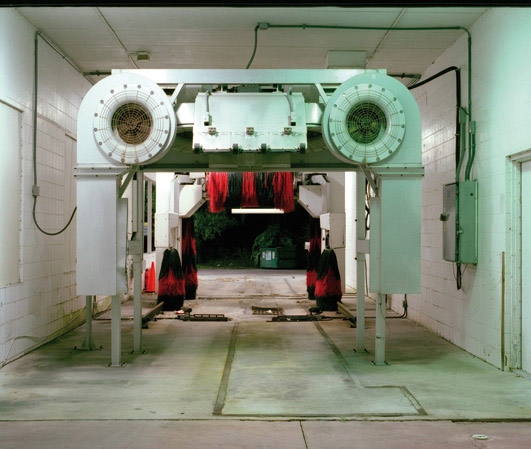 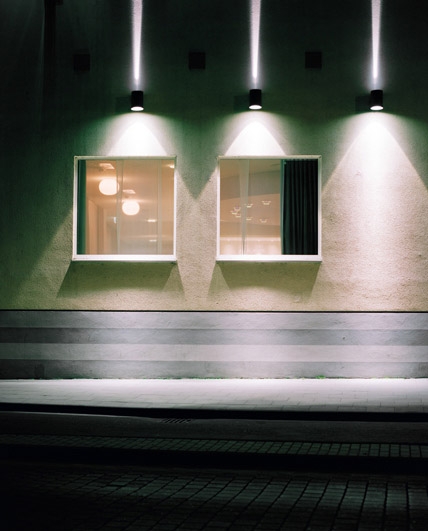 Njideka Akunyili Crosby makes graphic images that at first glance, take the form of traditional Western paintings. Upon closer inspection, nuances in her mode of representation emerge which connote the multi-layered nature of her cultural experience as well as its complications.  She extrapolates from her training in western painting a new visual language that represents her experience as a cosmopolitan Nigerian. Akunyili Crosby grew up in a Nigeria acculturated to and independent from Britain and immigrated to the United States as an adult. This visual language allows her to make images that suggest narratives with universal allegorical interpretations. Akunyili Crosby creates a metaphor of cultural syncretism by formally juxtaposing disparate elements such as flat versus illusionistic spaces; simple versus elaborate areas; interiors versus exteriors and Nigerian versus Western fashions.

Njideka Akunyili Crosby is a Nigerian-born visual artist who creates painted drawings with print and collage elements. She was a 2012 artist-in-residence at the Studio Museum in Harlem and is a 2013 participant of the Bronx Museum Artist in Marketplace program. She received her MFA from Yale University in 2011, Post-Baccalaureate certificate from the Pennsylvania Academy of the Fine Arts in 2006, and her BA from Swarthmore College in 2004. Akunyili Crosby has recently exhibited work in Primary Sources at the Studio Museum, Harlem, Lost and Found: Belief and Doubt in Contemporary Pictures at the Museum of New Art, Detroit, and The Bearden Project at the Studio Museum, Harlem. She is one of the 2013 recipients of the prestigious Rema Hort Mann Foundation grant. Her work is in the collections of the Studio Museum in Harlem, the Yale University Art gallery, the Pennsylvania Academy of the Fine Arts and the Rubell Family collection. 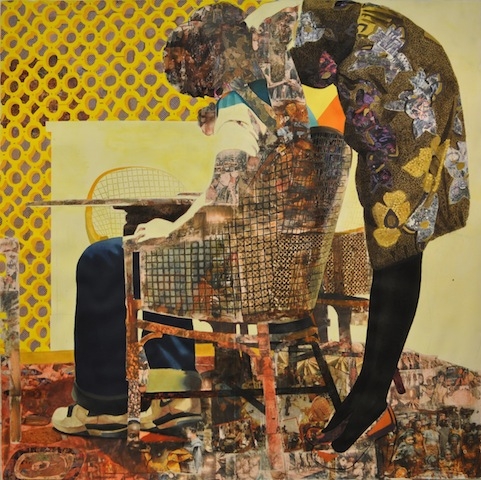 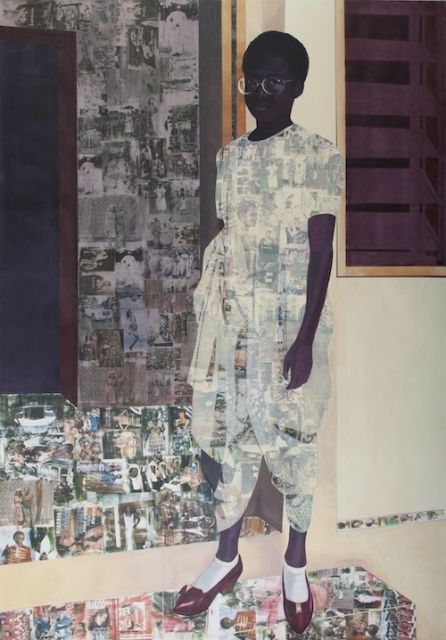 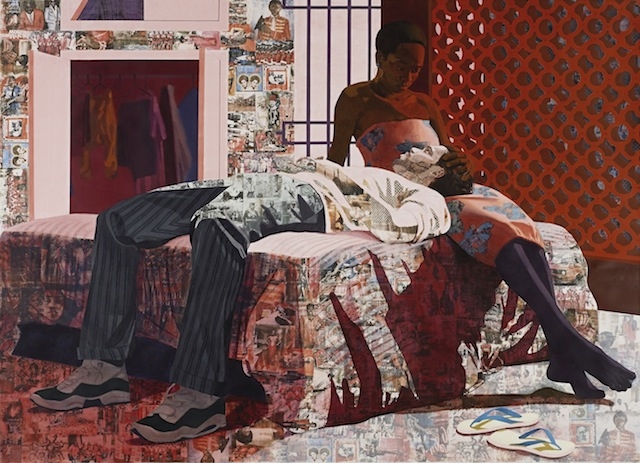 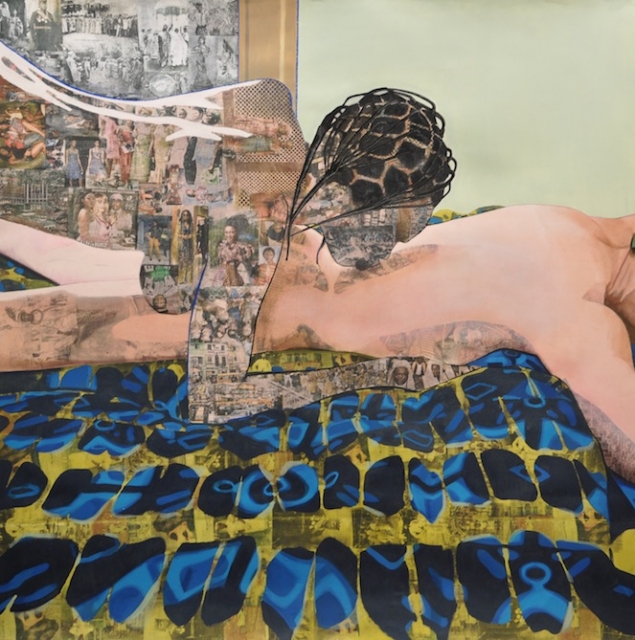 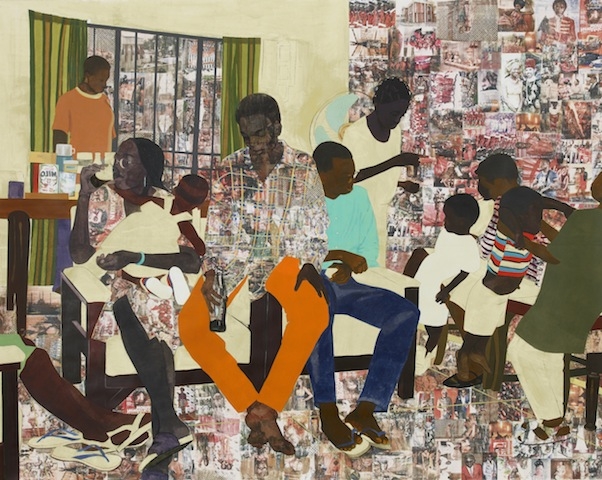 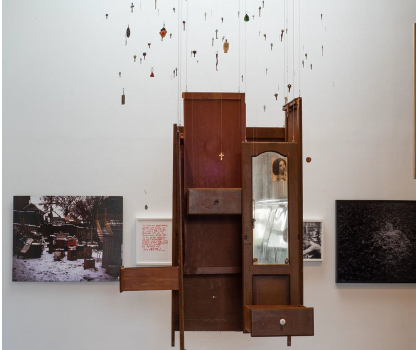 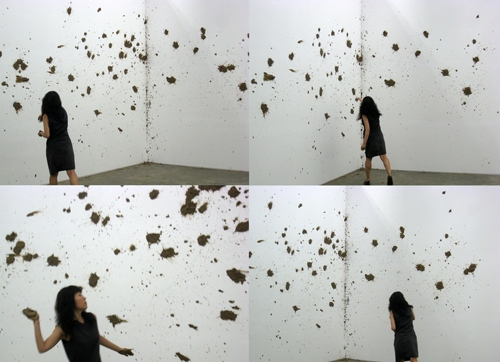 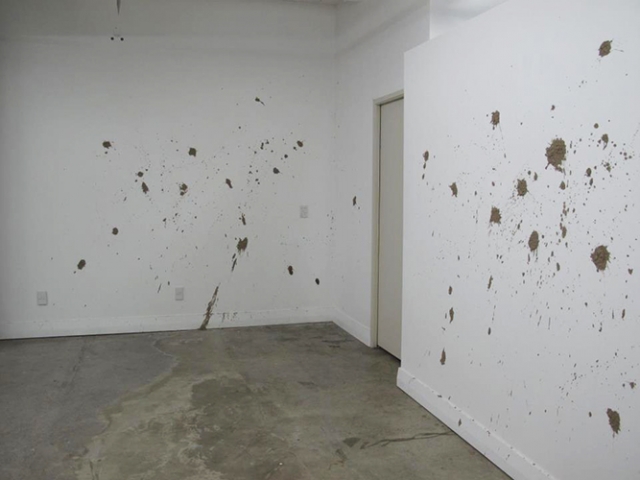 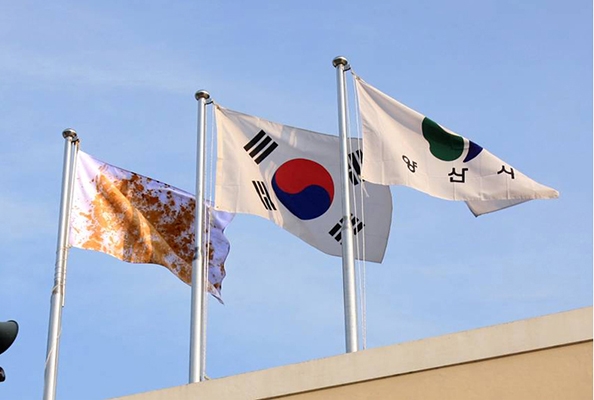 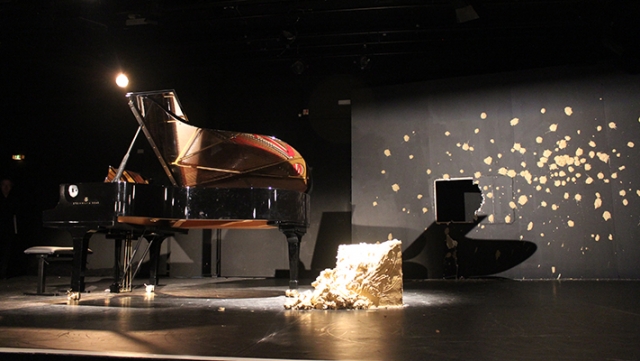 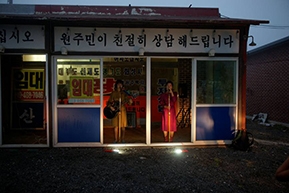