Regine Müller-Waldeck was born 1975 Greifswald, Germany. She studied media arts, and photography at the Academy of Visual Arts, Leipzig, and received a Meisterschüler degree in 2008.

A frequently encountered feature of Müller-Waldeck’s object installations is the construction of usually two linked elements in which the structures of relationships and power are reflected, a gamut that ranges from the individual’s relationship to him or herself through interpersonal relationships to the relationship between the State and civil society. Müller-Waldeck sees her works as ‘psycho-social landscape’. Although they transmit images that seem harmless and even playful at first sight, whose fragile construction appear vulnerable and in need of protection, her installations later drag the viewer towards the uncanny, the latent violence of an imminent collapse. (Gregor Hose) 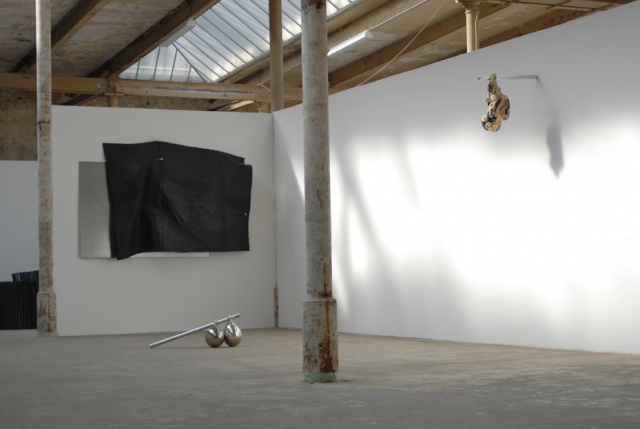 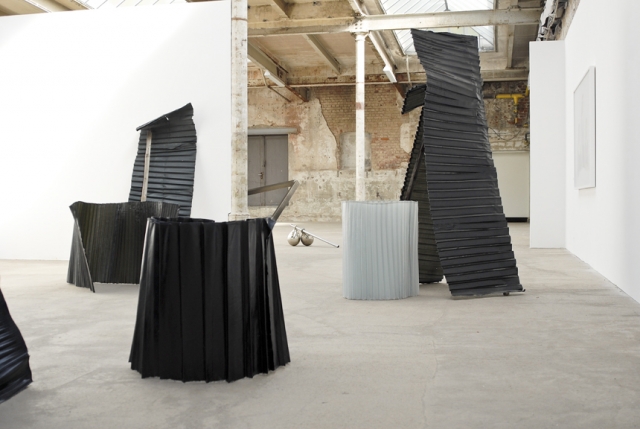 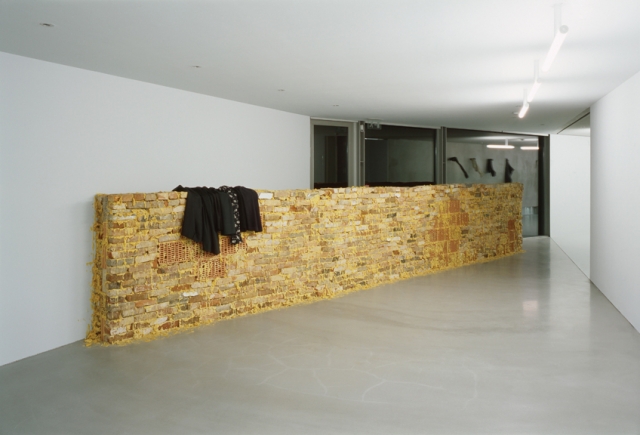 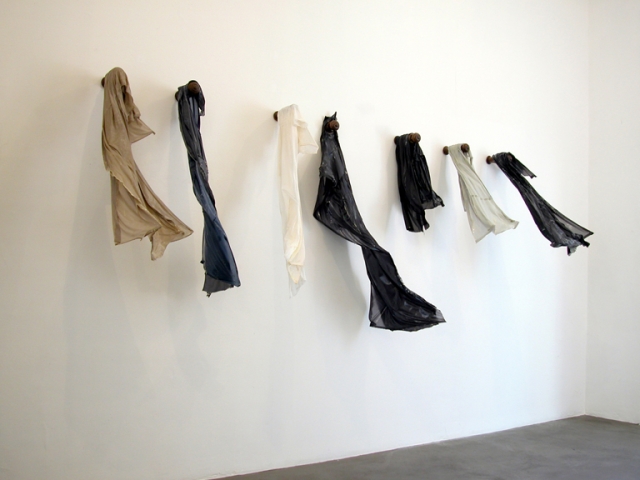 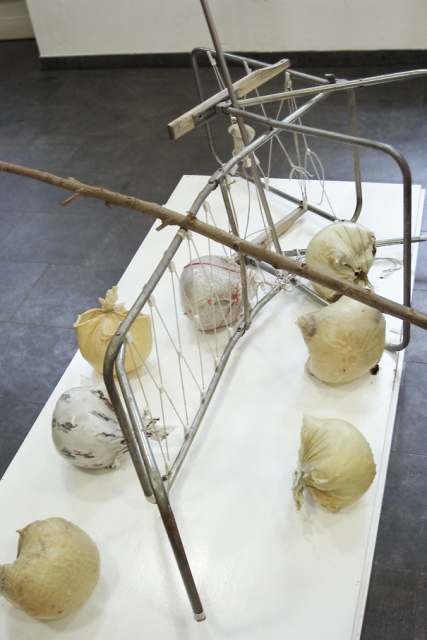