A City Called Mirage is the first solo exhibition by current ISCP resident Kiluanji Kia Henda in the United States. The artist looks at real cities and their 3D models in an immersive four-channel video installation, as well as three interconnected series of photographs.

In A City Called Mirage, Henda considers the birth, life and death of modern cities. The exhibition begins with a photograph of a rusty time-worn sign of the word “Miragem” (Mirage), found by the artist in the Namibe Desert. Acting as a catalyst for new work that contemplates humanity’s drive towards urbanization, the sign spurred Henda to look at Dubai as a questionable archetype of the contemporary city, a byproduct of neoliberal desires. New cities such as Dubai are often built with little consideration of their historic or environmental characteristics, drawing parallels to the urban reconstruction of the artist’s home city Luanda, Angola.

In Paradise Metalic (2014), four synchronized videos together recount the construction of an ideal city, dreamt by the “Man with the Shovel” and built on the barren Maliha Desert in Sharjah. At once land art and performance, a new fictional country is established and subsequently demolished in the sand, hauntingly demarcated by stakes in the ground, concrete walls and iron skeletons of buildings. Based on traditional central African sona sand drawings, A City Called Mirage (2013–17)—a series of 50 photographs, also the title of the ISCP exhibition—documents large-scale sculptures assembled in the desert, based on the silhouettes of an imaginary city, using the geometric forms of sona drawings as a blueprint. Native to Tchokwe culture of Eastern Angola, these ephemeral forms are drawn in the sand to tell stories and transmit oral histories. Dubai as a spectacular city and the ultimate tabula rasa is conjured in Instructions to Create You Own Personal Dubai at Home (2013), with playful instructions for how to build your own iconic skylines at home using everyday domestic materials such as old circuit boards, tinfoil, beer cans and match sticks. 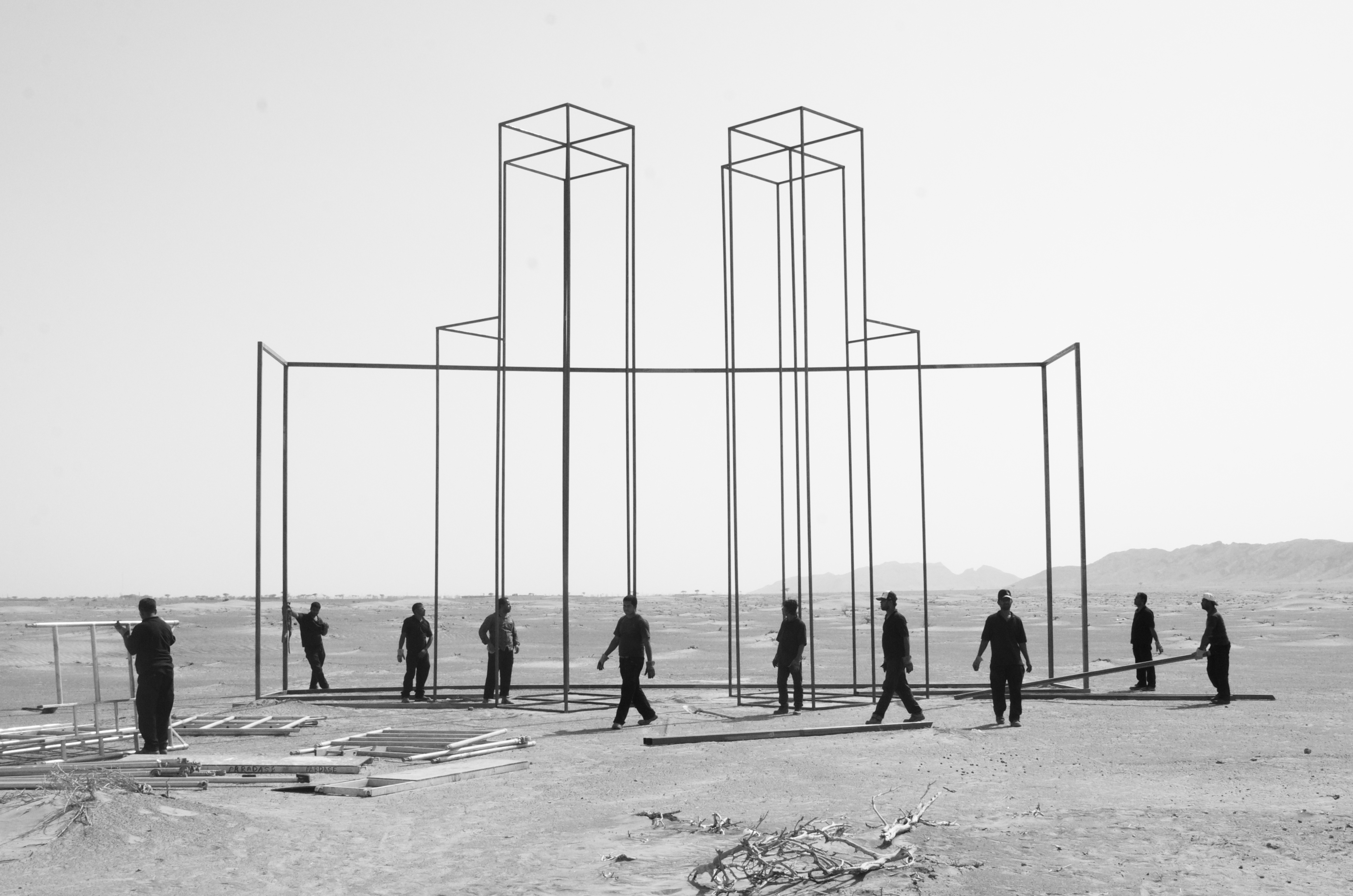 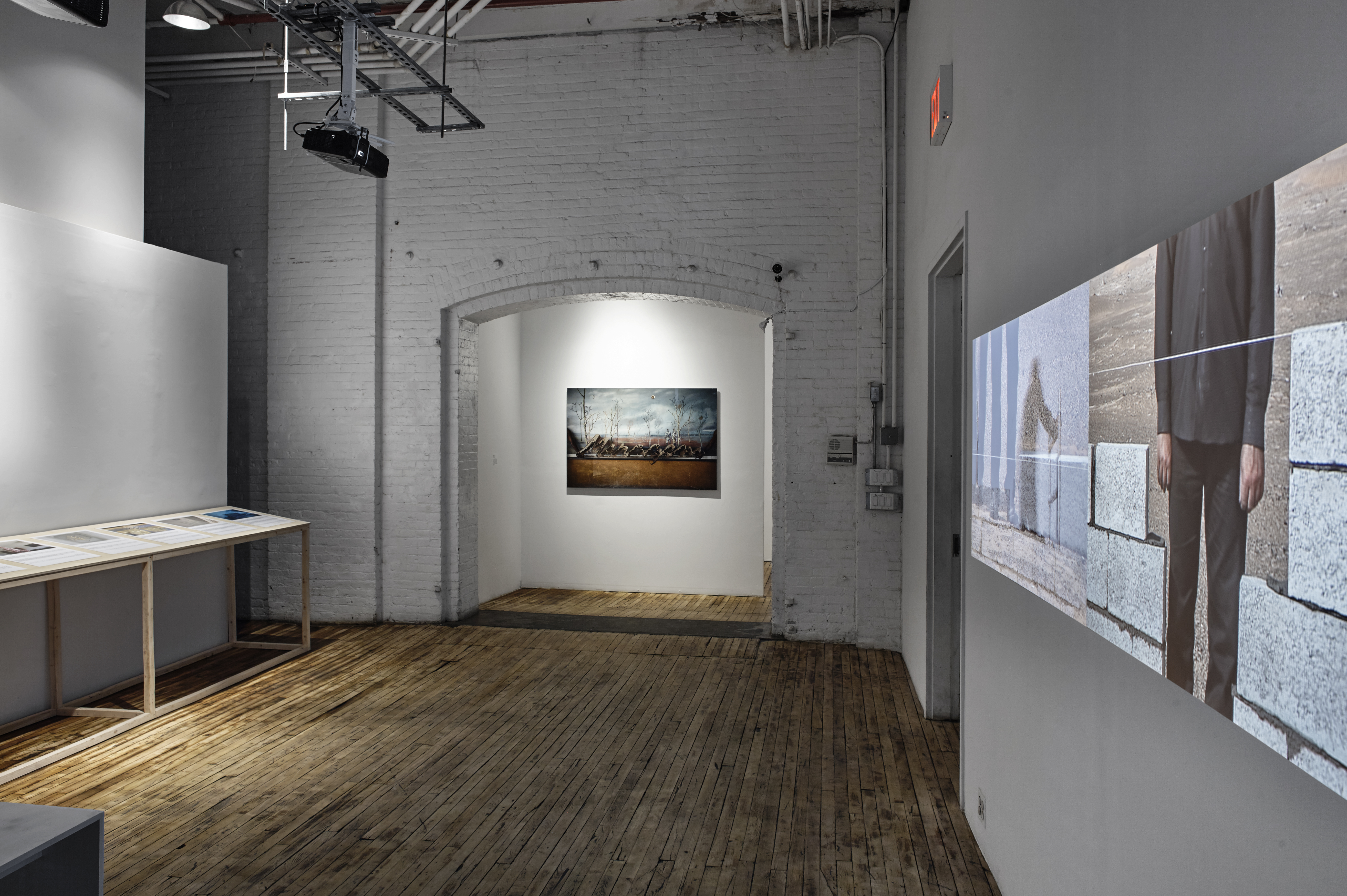 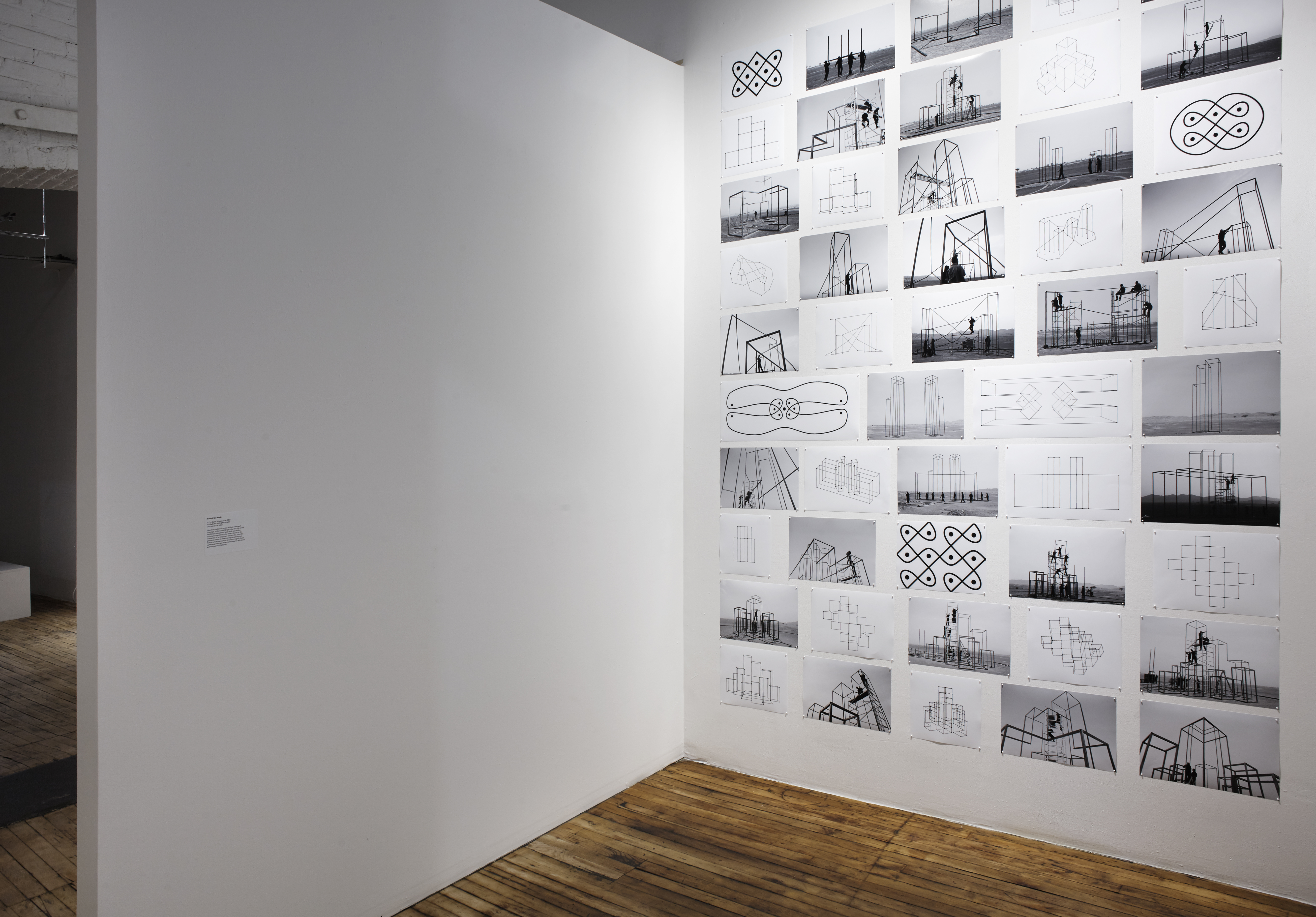 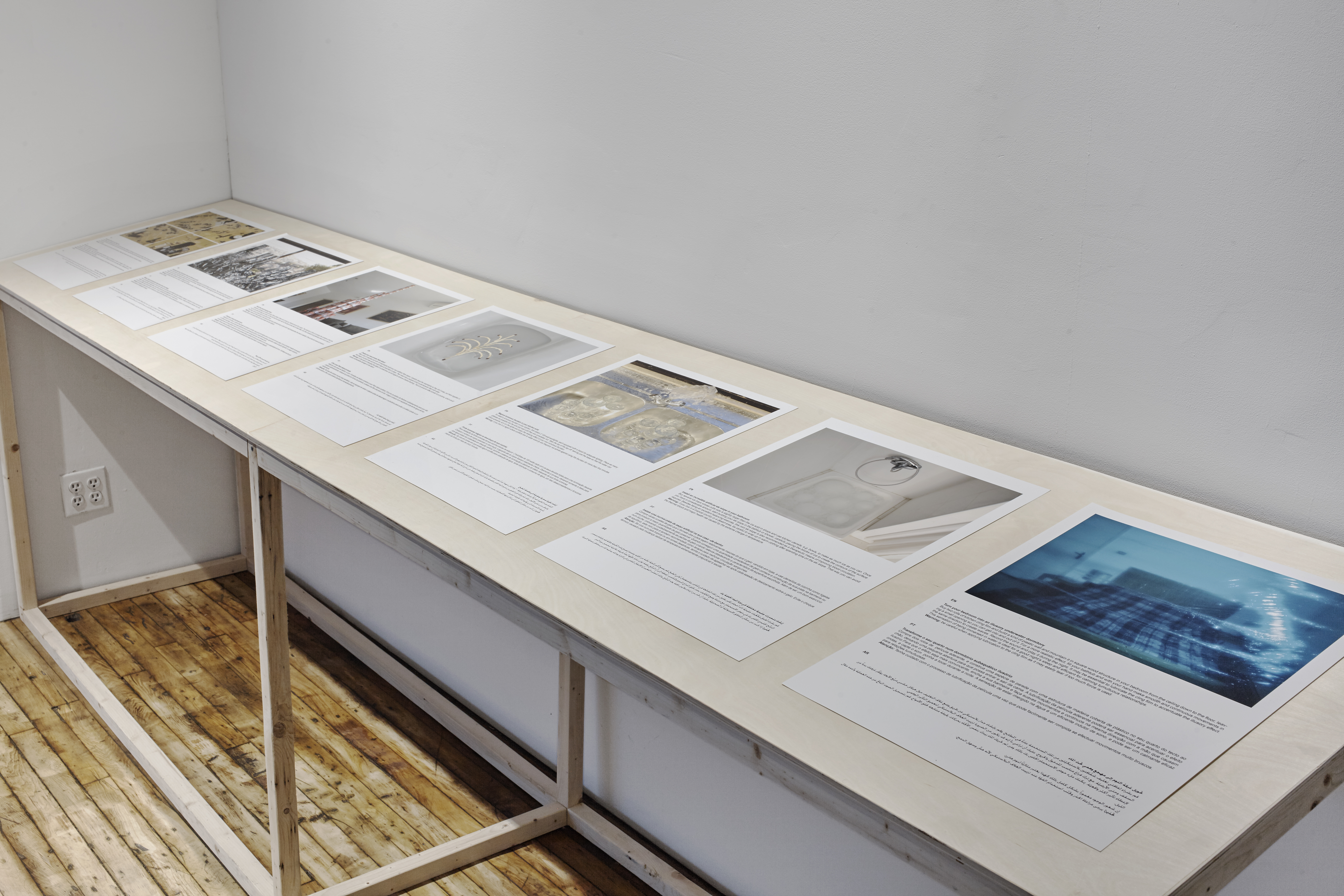 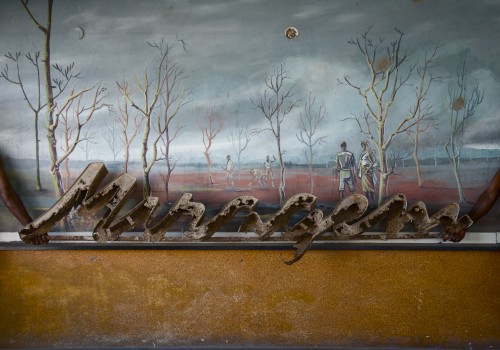 Elli Kuruş will speak about her ongoing research on the blockchain as a utopian model of self-governance. The blockchain is part of a technical infrastructure that drives systems such as the Bitcoin cryptocurrency, and is a site where the relationship between politics and infrastructure is continually renegotiated and contested. In her practice, Elli Kuruş utilizes installation, video, drawing and lecture performances to build speculative narratives which critically examine the development of media and technology.

Gian Maria Tosatti will speak about his work related to communities and identity. He will show video documentation of his last installation for the project Sette Stagioni dello Spirito, made in Naples between 2013 and 2016. He will also speak about his current work in progress that reflects on the building of the United States by diverse populations. 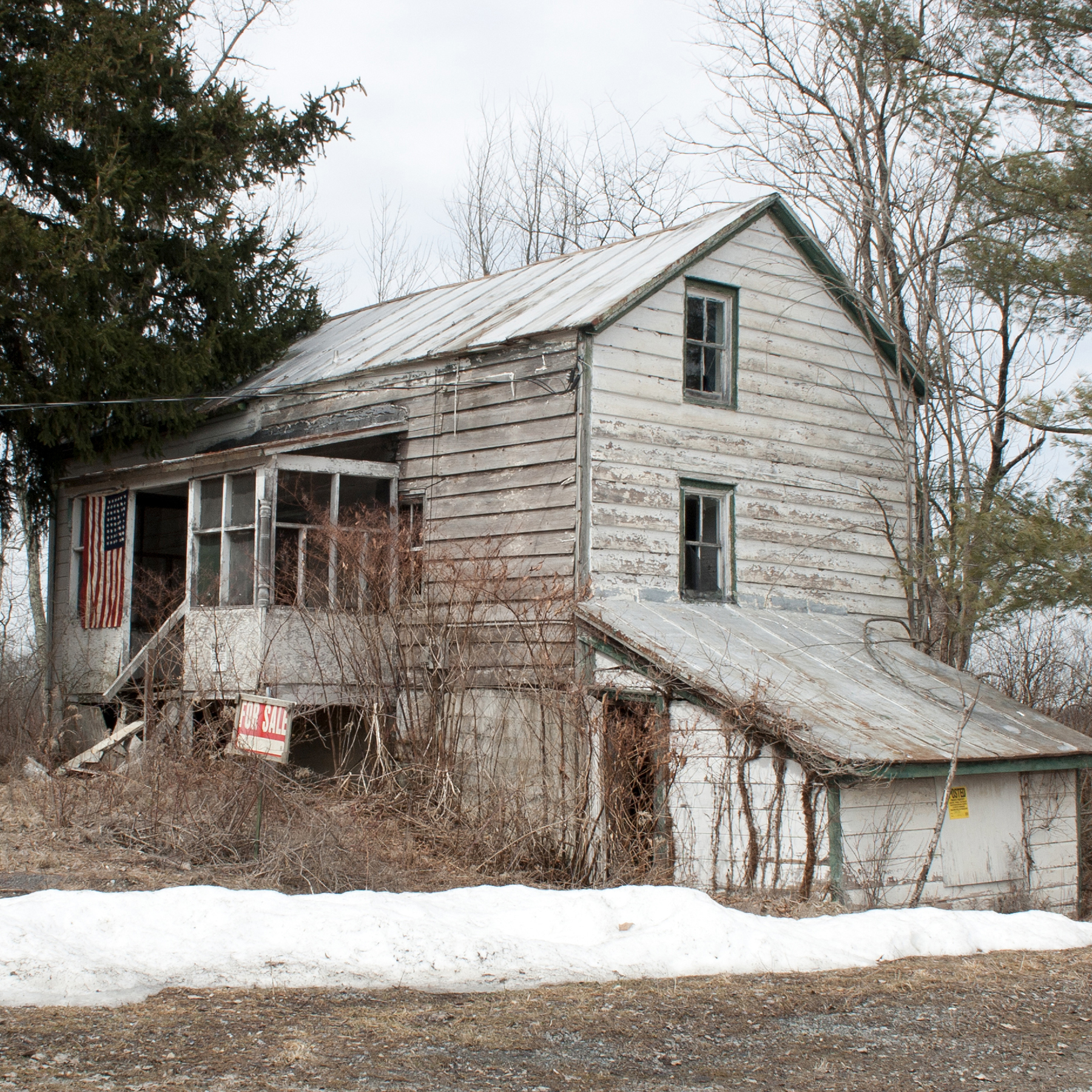 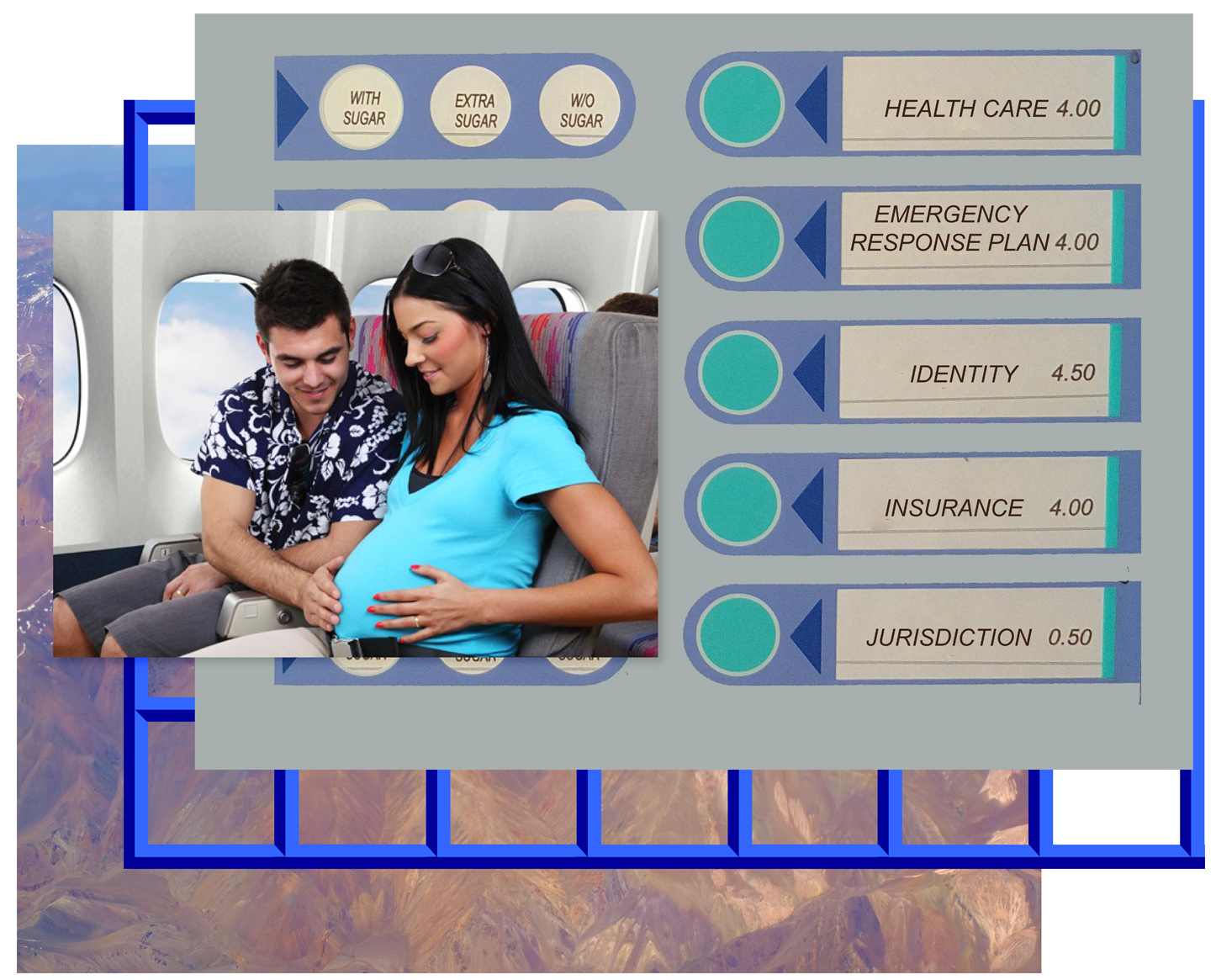 Participant Biographies:
ruby onyinyechi amanze is a visual artist born in Nigeria whose practice is primarily centered around drawing and works on paper. In 2012–2013, amanze was a Fulbright Scholar at the University of Nigeria, Nsukka. In 2016, she was selected as a finalist for the prestigious Prix Canson drawing prize. She has exhibited her work internationally in Lagos, London, Johannesburg and Paris, and nationally at the California African American Museum, the Drawing Center and the Studio Museum in Harlem.

Jude Anogwih is a visual artist and curator living and working in Lagos, Nigeria who has coordinated, organized and curated projects at CCA Lagos since 2008. Recent curatorial projects include Videonale in Lagos, 2016; Biennale Jogja XIII, Indonesia, 2015; ARENA (where would I have got if I had been intelligent!), Centre for Contemporary Art, Torun, Poland, 2014; Whose Centenary? Project, Benin, Nigeria, 2014; Kelani Abass: Àsìkò: Evoking Personal Narratives and Collective History, co-curated with Bisi Silva, CCA Lagos, 2013; and Sights and Sounds: Global Film and Video, Jewish Museum, New York, 2013–2016. Anogwih was a Goethe-Institut Fellow at dOCUMENTA (13), Kassel.

Pinar Yolacan is a multidisciplinary artist based in New York and Sao Paulo. Born in Turkey, Yolacan has had solo shows at Yapi Kredi Foundation, Istanbul; Finnish Museum of Photography, Helsinki; and CCA Lagos. Since 1997, reviews about her work have appeared regularly in The New York Times, Art in America, ArtReview, Bidoun, The Sunday Times, British Journal of Photography, Vogue and i-D magazines. Her work is in the permanent collections of The J. Paul Getty Museum, Los Angeles; Museum of Fine Arts, Boston; KIASMA Museum of Contemporary Art, Helsinki; International Center of Photography, New York; and Saatchi Gallery, London. 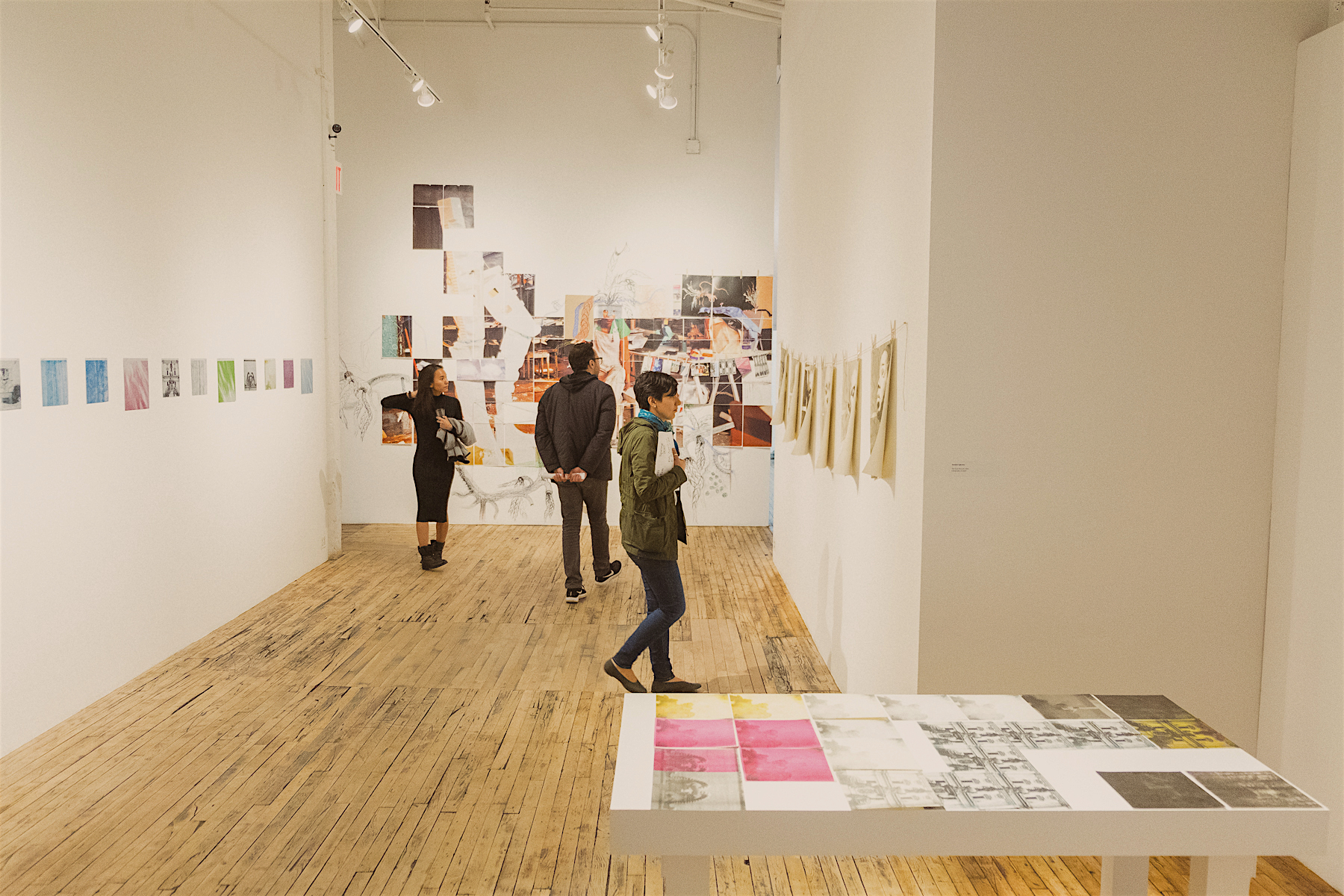