ISCP has hosted an annual institution-in-residence since 2011. This residency was initiated to support cultural exchange by bringing an international perspective to a local context. This year, ISCP has invited Center for Contemporary Art, Lagos, an independent non-profit making visual art organization founded in December 2007 and based in Lagos, Nigeria to be in residence. CCA Lagos is in residence at ISCP through June 9th and will present an exhibition and series of public programs during this time.

CCA Lagos at ISCP centers around the exhibition Orí méta odún méta ibìkan. Originally presented at CCA Lagos in 2016, this exhibition is reconstructed at ISCP and features selections from CCA Lagos’s archives as well as works in progress by three artists from Nigeria–Kelani Abass, Taiye Idahor and Abraham Oghobase. The exhibition considers the residency as an extension of the artist’s studio, a space of experimentation, of errors and counter errors, as moments of freedom and possibilities. The works by all three artists come out of their observations and experiences during their separate residencies at the Salzburg Summer Academy of Fine Arts in Austria. This is reflected in the title which translates as Three heads, three years, one place. Idahor’s collage installation is a self-portrait of her Salzburg studio—rethought for New York City—and made up of several pieces to become a mosaic on which she cuts, layers, and pastes bits and pieces that come from all three artists’ visits and experiences of Salzburg. Stamping and a local Nigerian Ankara cloth form the basis for Abass’s work, while Oghobase experiments with lithography as it relates to photography.

The exhibition will be supported by public programs throughout May including artist talks and roundtables. More details will be announced soon.

The artists’s residencies from 2013-2015 in Salzburg form part of an ongoing collaboration initiated and supported by Salzburg Summer Academy of Fine Arts, Austria and CCA, Lagos. 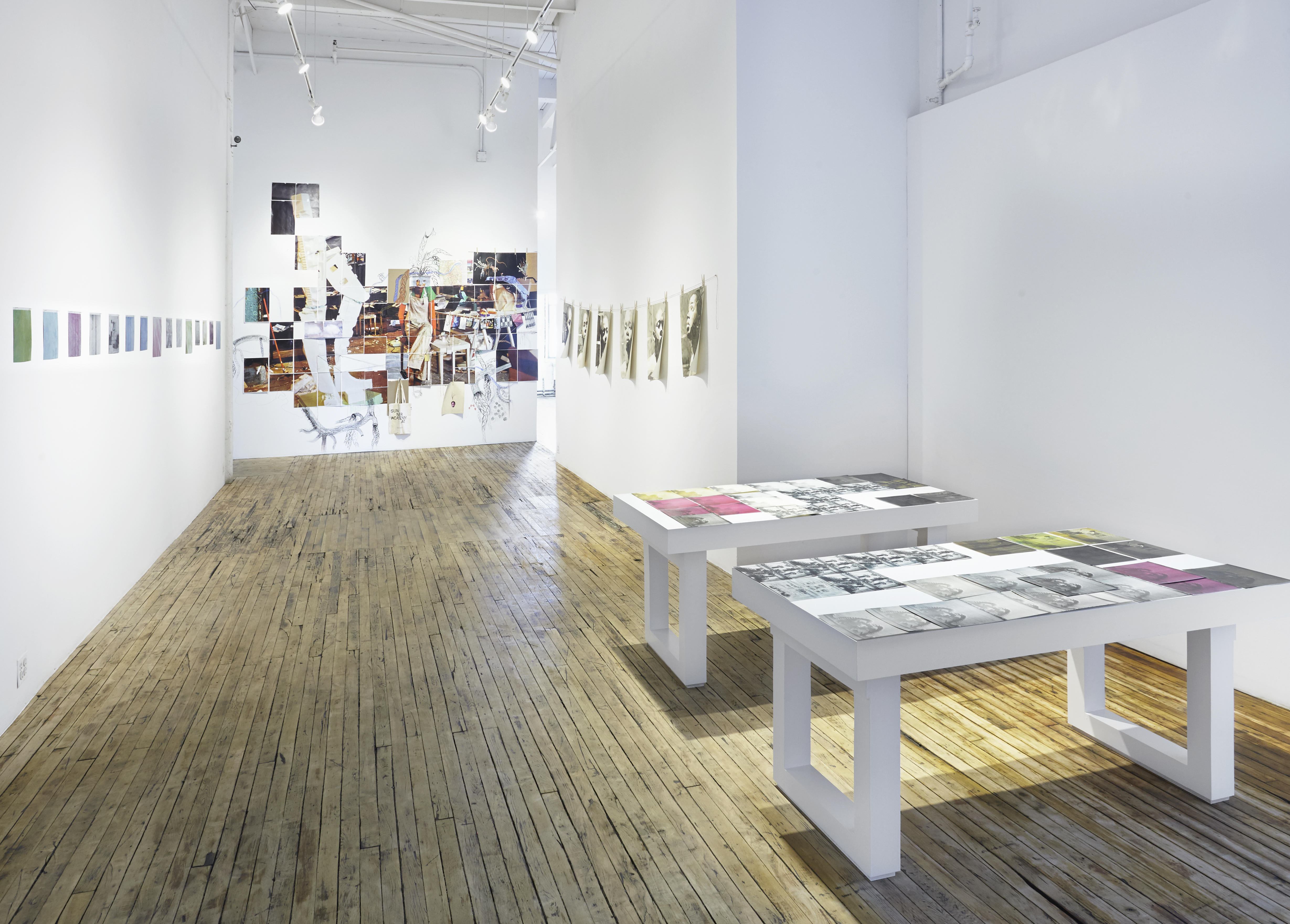 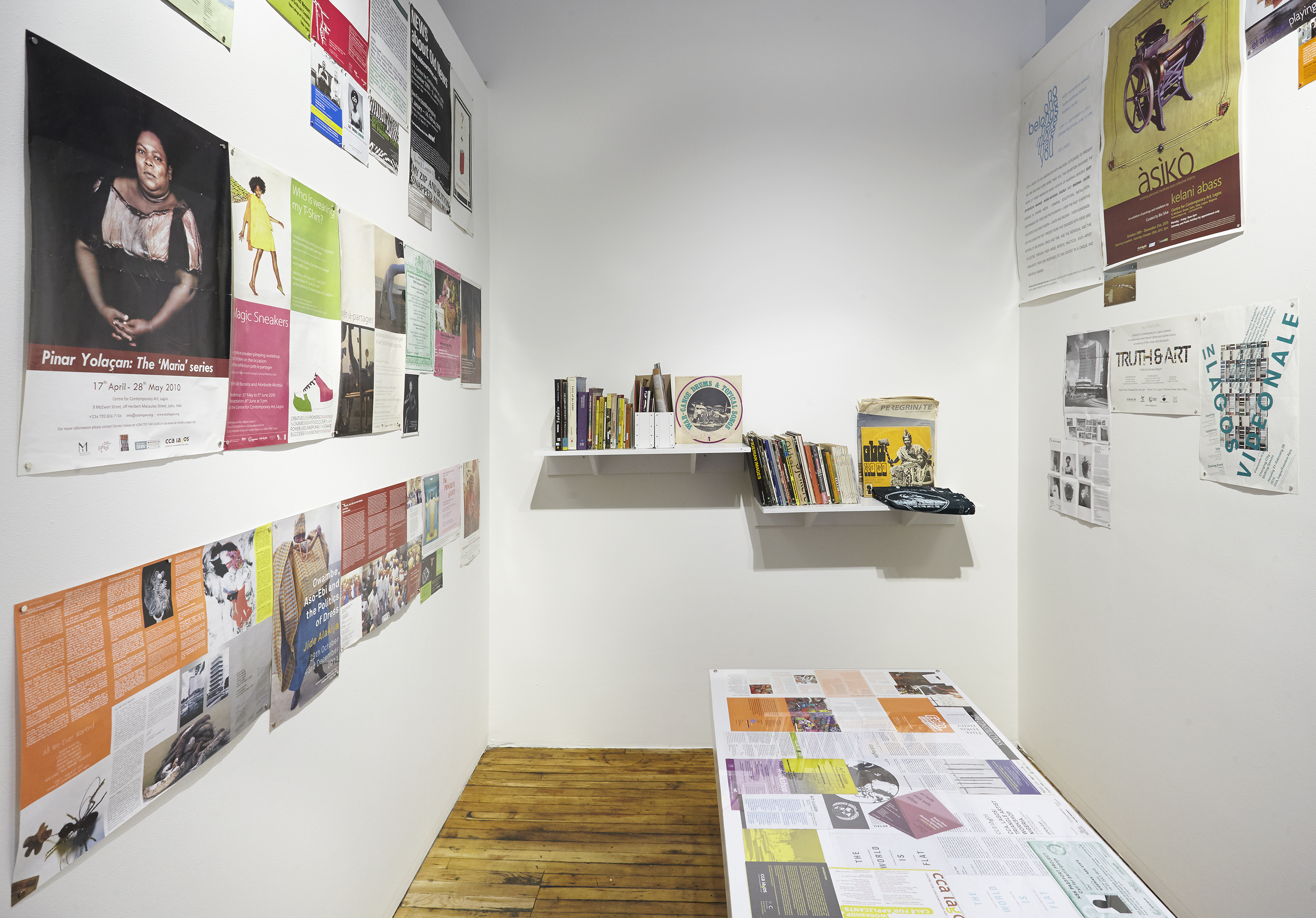 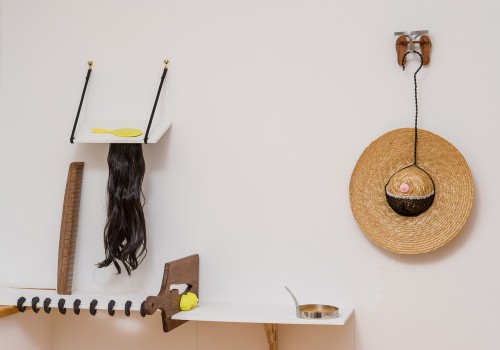 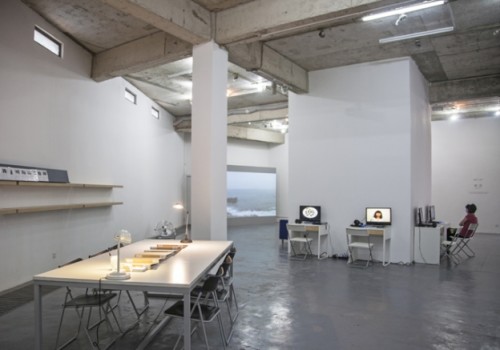 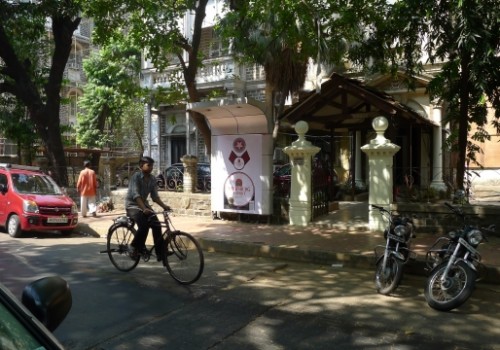 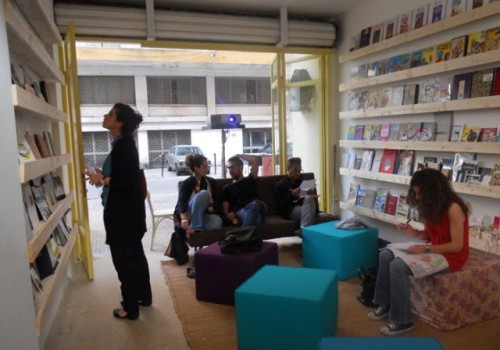 Taiye Idahor will speak about how physical and mental space impacts her work, including her installation on view as part of CCA Lagos at ISCP.

Idahor grew up in Lagos, Nigeria. Her work deals with concepts of female identity, with “hair” as a recurring theme. She is interested in issues of trade, beauty, the environment and globalization in relation to present-day Africa. 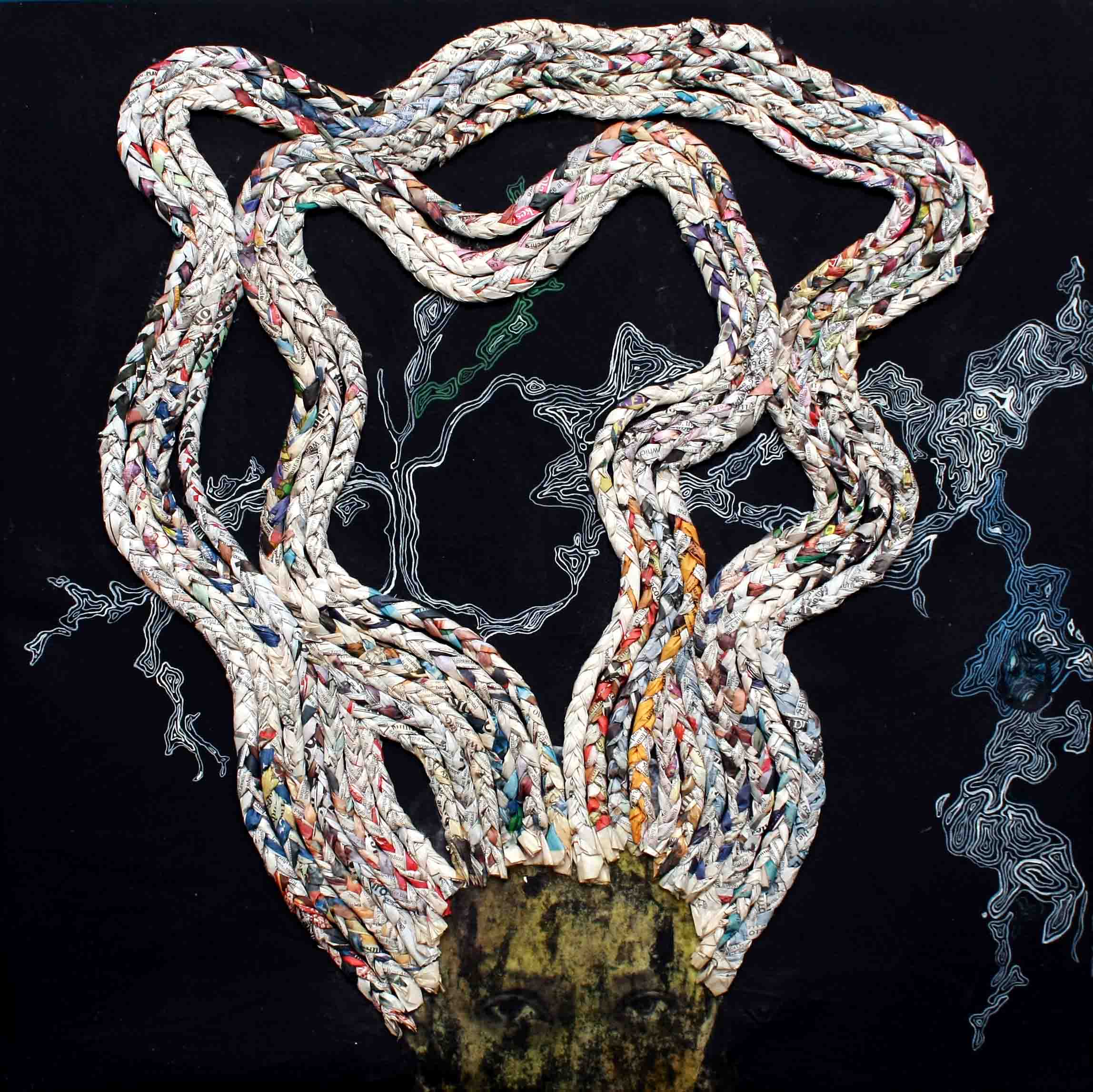 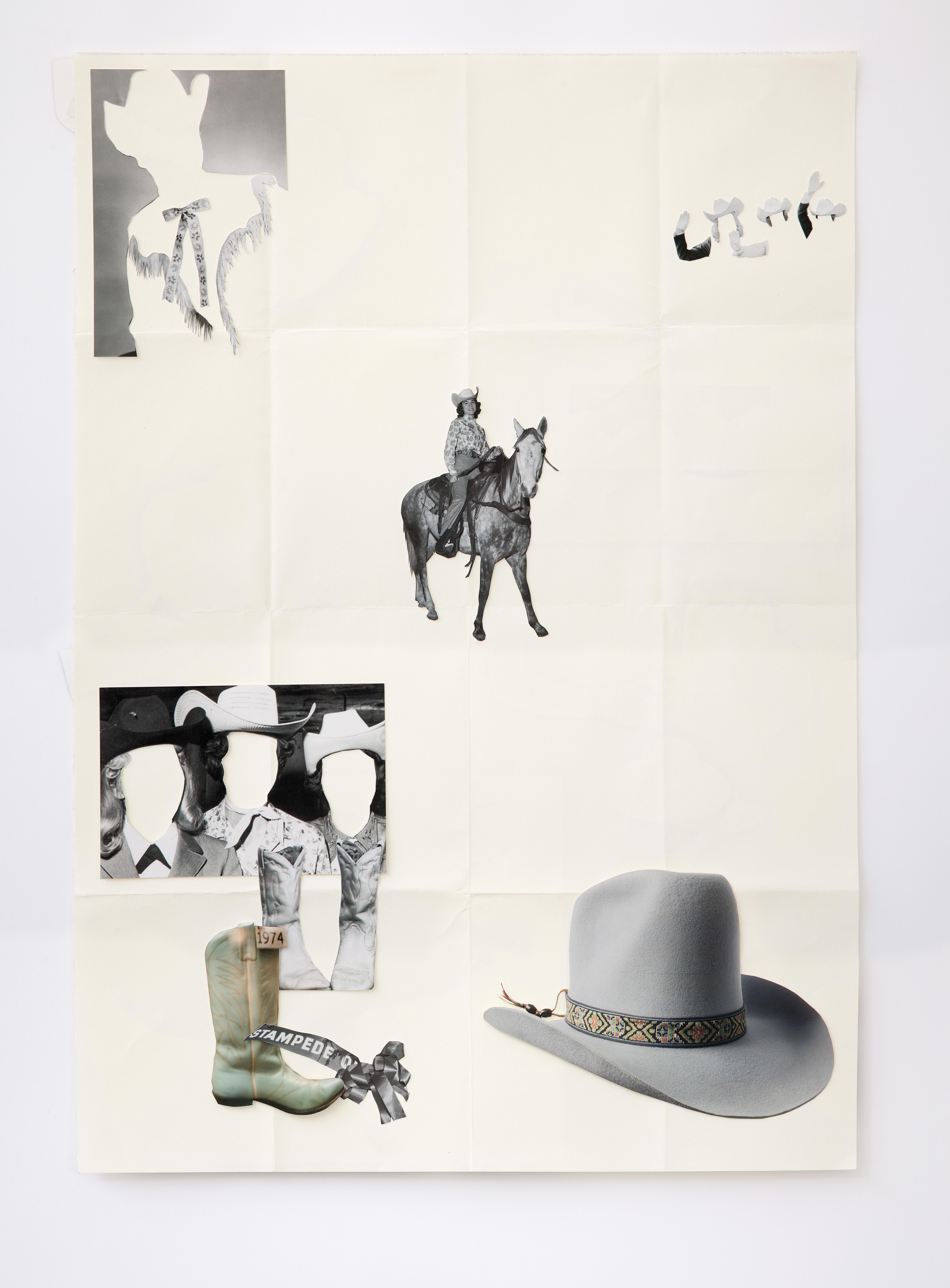 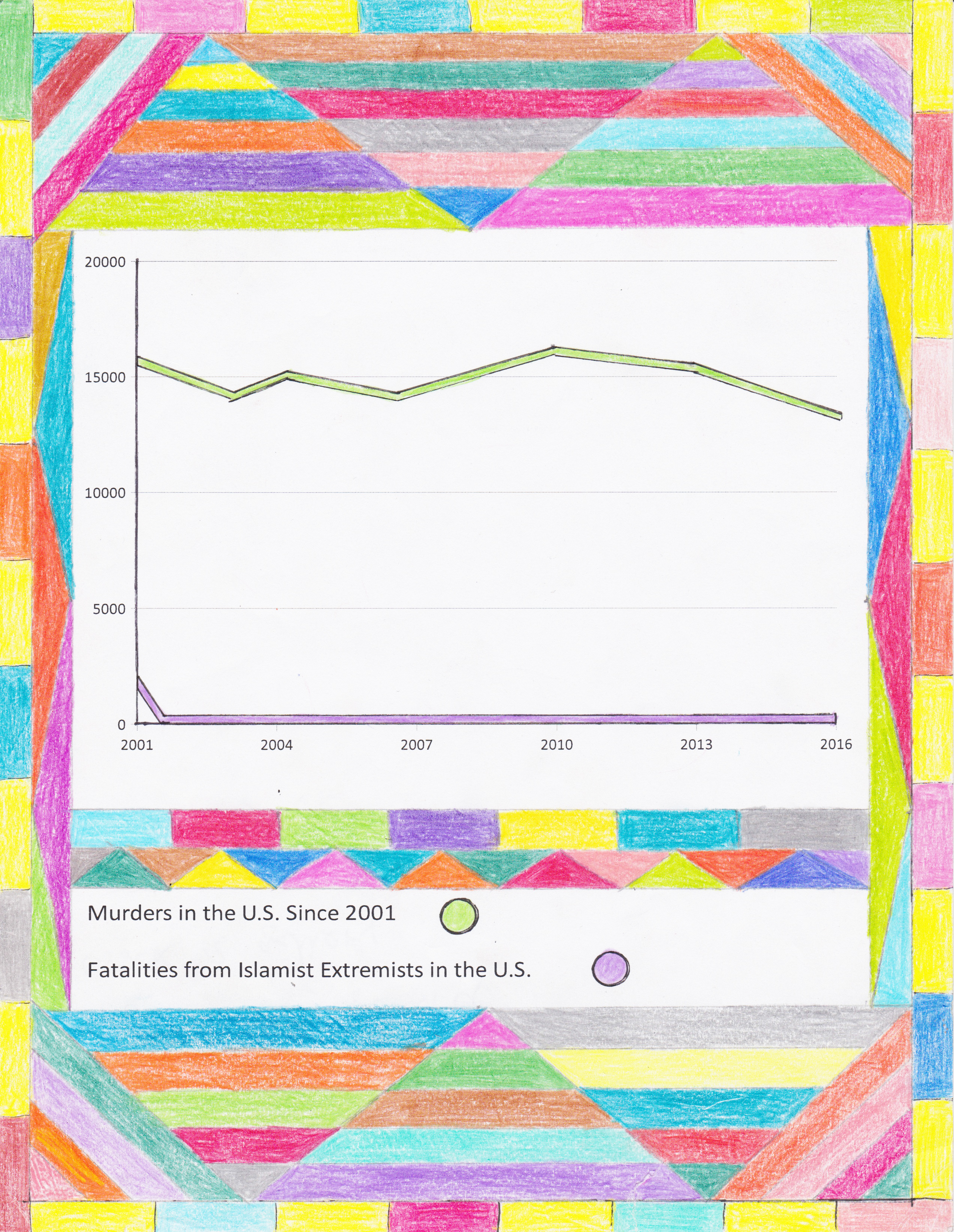