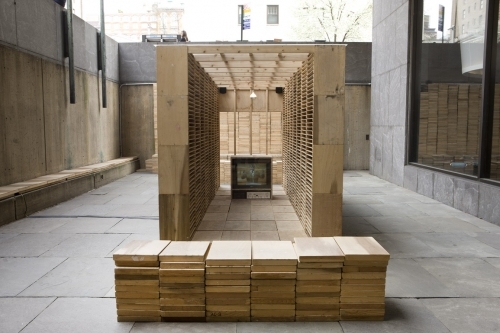 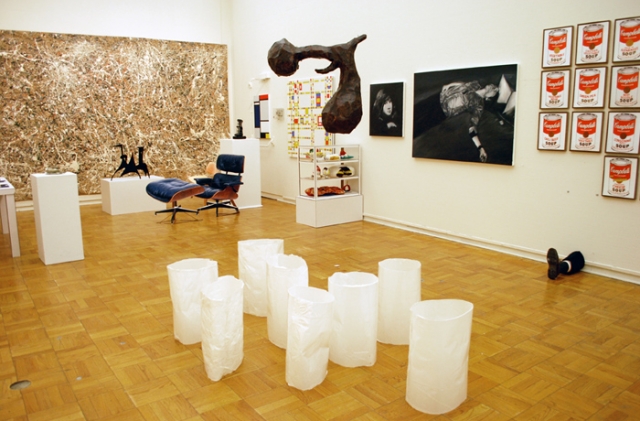 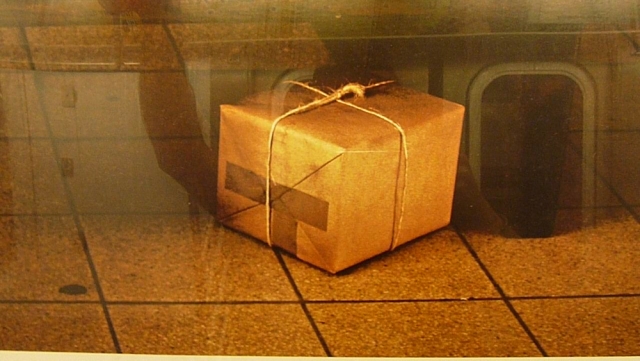 Stefano Cagol will present two video works part of an ongoing social-practice-based project titled Scintillio e Cenere (Sparkling and Ash). In Taranto, the dirtiest city of Italy polluted by one of the biggest steel works in Europe, Cagol asked inhabitants to give sparkling objects in exchange of ash. He collected the objects during a traveling and standing action (in collaboration with Valentina Vetturi) through the city’s neighborhoods. He then realized a collective sparkling monument, marked by a white flag with the writing ‘Cenere’ (ash). The project is part of Miraggi (Mirages) at the Aragon Castle, Taranto, Italy (July 3 – September 13, 2010).

Through videos, photographs, installations and actions Stefano Cagol touches upon socio-political themes, pointing to the contradiction between beliefs and influences. 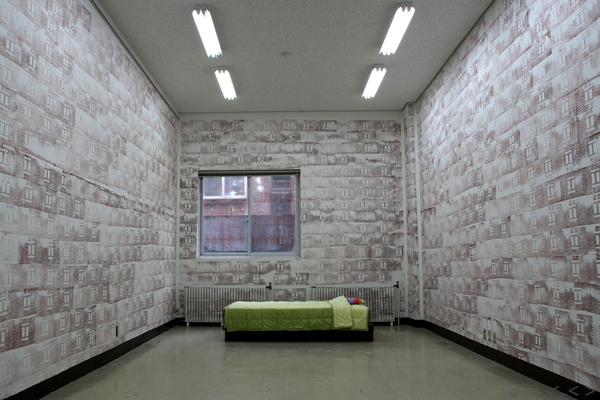 Jonggeon Lee, A Room of a Room, 2007, printing on wall, dimensions variable 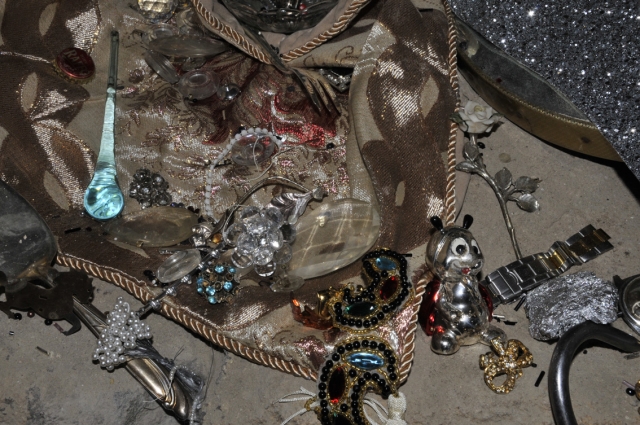