Leung Chi Wo is a Hong Kong-based artist and was an ISCP resident in 1999. His multi-disciplinary artistic practice ranges from photography and video to text, performance and installation, and focuses on perception and understanding in communication within the urban context.

The exhibition Jonathan & Muragishi intends to recall the voice of the past in the present through the stories of two actual people no longer living and fictionalized in the work, Jonathan Napack (1967 – 2007) and Hiroaki Muragishi (1984 – 2006). They were two interviewees from an earlier project, Domestica Invisibile (2004-present), an exploration of psychological response and physical adaptation to often pre-defined and cramped domestic spaces in urban Hong Kong. Jonathan was a mid-career American arts writer, who witnessed the development of the Asian contemporary art scene, and Muragishi was a young multimedia artist from Sapporo, Japan.

In their interviews, they both spoke of their small apartments in Hong Kong and how they reinvented or repurposed these tiny living environments. These interviews will be transmitted throughout the gallery in furniture and other domestic objects, invoking some of the spaces described by Jonathan and Muragishi.

Leung Chi Wo (born 1968, Hong Kong) graduated with a Master of Fine Arts from the Chinese University of Hong Kong. In 2001, his site-specific project was exhibited in the first Hong Kong pavilion of the Venice Biennale. His recent exhibitions include the Busan Biennale (2006), Guangzhou Triennial (2008), “Lights Out” at Museu da Imagem e do Som, São Paulo (2008), “Depot of Disappearance” at quartier21/MuseumsQuartier, Vienna (2009) and “No Soul For Sale” at Tate Modern, London (2010). Leung Chi Wo co-founded Para/Site Art Space in 1996 and is now Assistant Professor of the School of Creative Media, City University of Hong Kong. 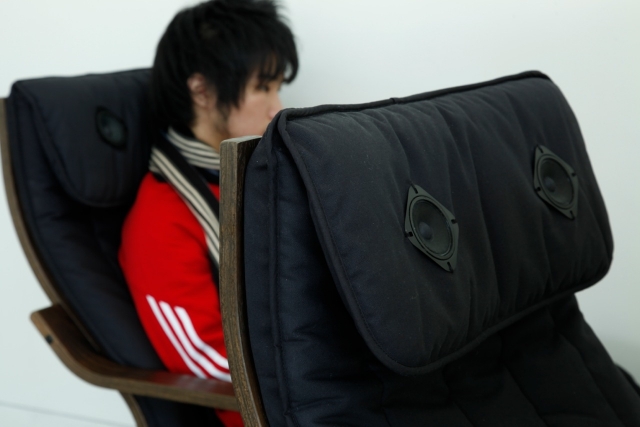 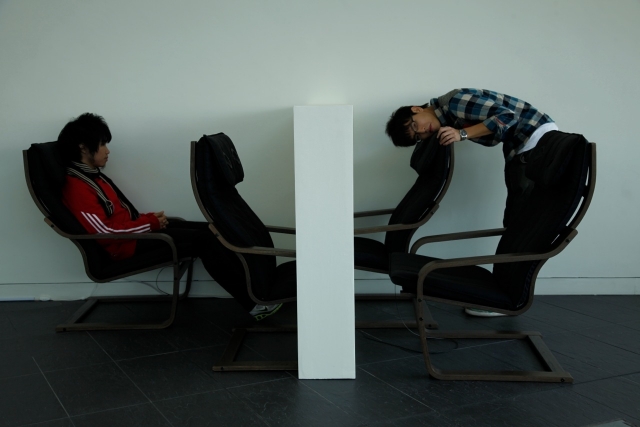 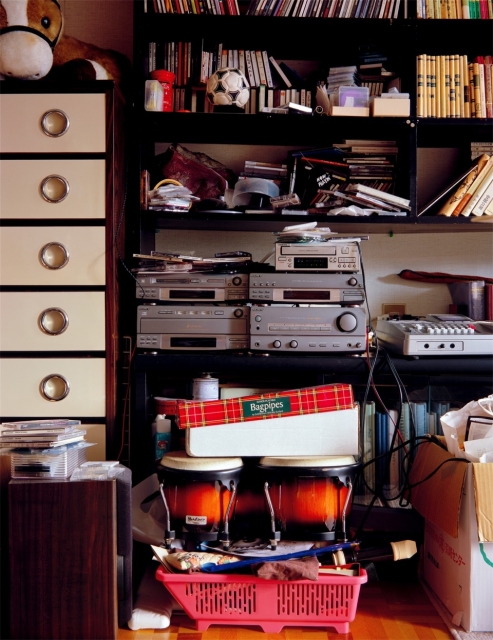 Jan Lesák will present his work The Case for a Rookie and his upcoming two projects, which will be completed during his residency at ISCP. Lesak will discuss the principles and mechanisms which he applies to his work and introduce the topic of his doctoral dissertation.

Law Man Lok will discuss his current works, which attempt to reconcile his existence as an individual with the surrounding environment. He will also present Wooferten, a community-based art space that he co-founded in Hong Kong. 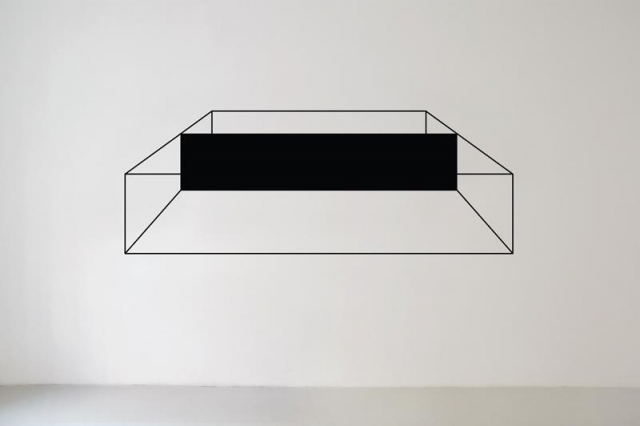 Jan Lesák, The Case for a Rookie Scheme, 2011, Dimensions variable. 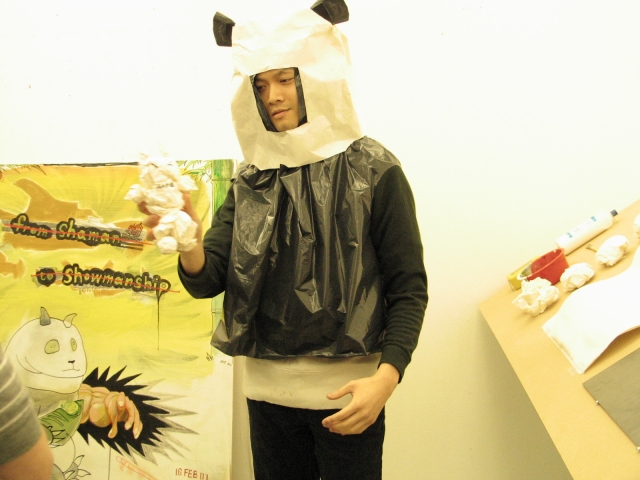 Law Man Lok, This is Proper Panda, 2007, Installation and performance.

Moussa Kone will discuss his project Places to Recall, which expands on his interest in the stage as much as drawing and exhibitions. Kone will speak about this series of drawings and objects that deal with the relationship between art and its audience.

Karen Elaine Spencer will share how her current project hey! mike engenders productive failure within the context of the artist being a guest in a country not her own. She will explore how the artist residency “performs” the artist, how failure opens into art, and how words betray the speaker. 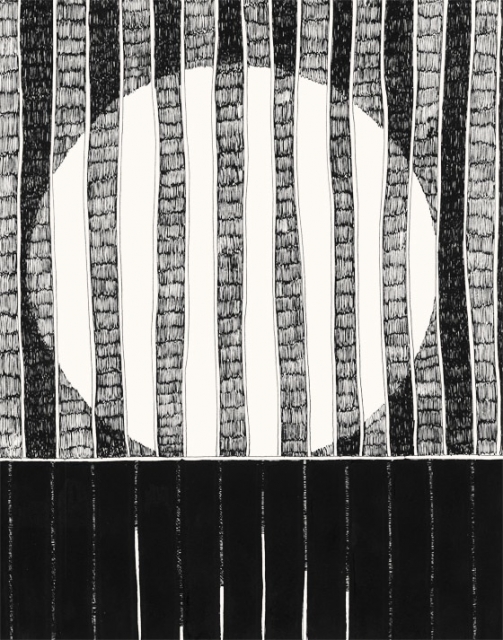 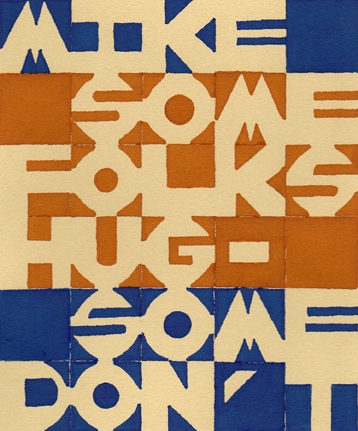