After working as the curator of the independent gallery space Projekt 0047 in Berlin, Germany in 2005‐06, Elisabeth Byre independently curated several exhibitions and events at museums, kunsthalles, independent spaces and biennials in Norway, Sweden and Turkey. During the last three years, her curatorial practice focused on performance art, often in relation with media- based art such as film, video and photography. Recent projects and exhibitions include Everyone Got Something Great  (co-curator Susanne Ø. Sæther) at the National Theater, Oslo, Norway; Lessons in the Art of Falling ­ Photographs of Norwegian Performance and Process Art 1966-2009  (co‐ curator Jonas Ekeberg), at Preus National Museum of Photography, Norway; Storyteller– Organizing Time and Space, 0047 Oslo, Norway; Ghost in the Machine (co-curator with Susanne Ø. Sæther) at Kunstnernes Hus, Oslo, Norway; and Animotion, Galleri F15, Moss, Norway. With Curatorlab (Konstfack, Stockholm). She was invited by Raqs Media Collective to participate in Manifesta 7 to create a response to Raqs’ exhibition The Rest of Now.

Byre holds a curatorial degree from CuratorLab (a postgraduate residency program organized by Konstfack in Stockholm, Sweden), and an MA in Film Science from the University of Copenhagen, Denmark. Byre is currently the director of the BFA program at the National Academy of Fine Arts, Oslo, Norway and works as a curatorial consultant for KORO/ Public Art Norway. 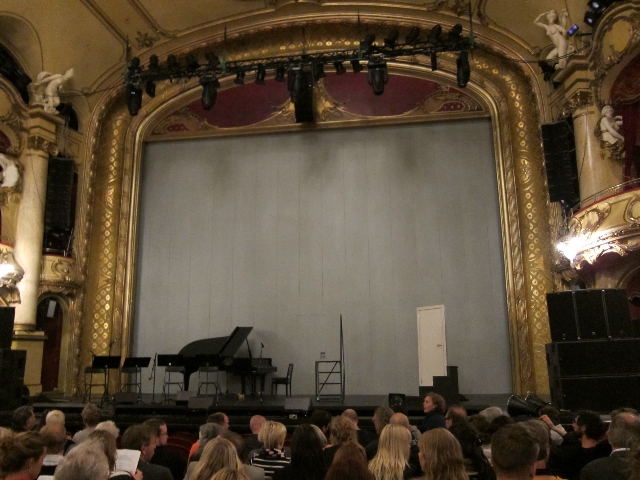 Elisabeth Byre, Everyone Got Something Great, 2010. Courtesy of the curator and National Theater, Oslo, Norway