Pietro Ruffo’s paintings, drawings and sculptural installations reflect his intense social and moral concerns. The large ‘maps’ which trace the cultural and military influence of some of the world’s largest imperial powers appears also in the artist’s choice of techniques. Technical drawing and geographical maps are elaborated further with free-hand drawing, installations achieved with highly technical materials and an intensely manual practice. Last year, the themes of colonialism and the desire of liberty led Ruffo to develop a project named The rise of liberalist thought in the U.S.A. through the figure of Isaiah Berlin, an Oxford Professor considered to be one of the strongest exponents of
liberalism in the 20th century. 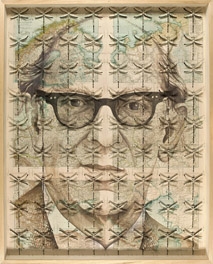 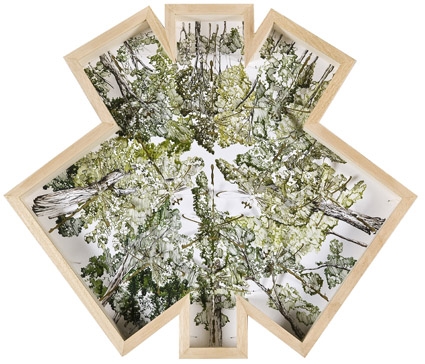 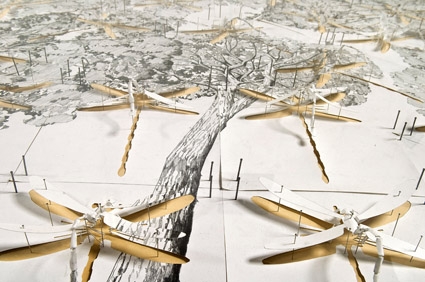