The International Studio & Curatorial Program (ISCP) announces 00:0_, a solo exhibition of works by Carlos Franco, ISCP artist-in-residence. The exhibition centers around an interactive installation that highlights the hyperactive consumption of images through digital devices that interface with our daily lives .

When visitors enter the space, they activate a media player which randomly selects one video work from a pool of over 150 videos that the artist started producing as the pandemic lockdown went into effect in the spring of 2020. These short videos, from one to three seconds in length, are produced on Franco’s iPhone. They are montages of social media content, be it ads, viral debris, or other user’s posts, supplemented with the artist’s original footage and each projected in a loop.

For Franco, the pieces that constitute 00:0_ are micro essays attuned to contemporary attention spans; they reflect our lopsided cultural landscape. He refers to philosopher Byung-Chul Han’s discussion of mediated information in The Scent of Time: “[it] does not possess any narrative width or breadth. It is neither centered, nor does it have a direction…. An altogether different temporality is inherent in information.” Franco adds, “How many moments are in one second?”

A public program will be announced during the run of the exhibition.

Carlos Franco is a Brooklyn-based artist and a resident in ISCP’s Ground Floor program from 2020-21. Franco has exhibited work at Diego Rivera Gallery, San Francisco; Nikolaj Kunsthallen, Copenhagen; and The Buffalo Institute for Contemporary Art (BICA), among others. 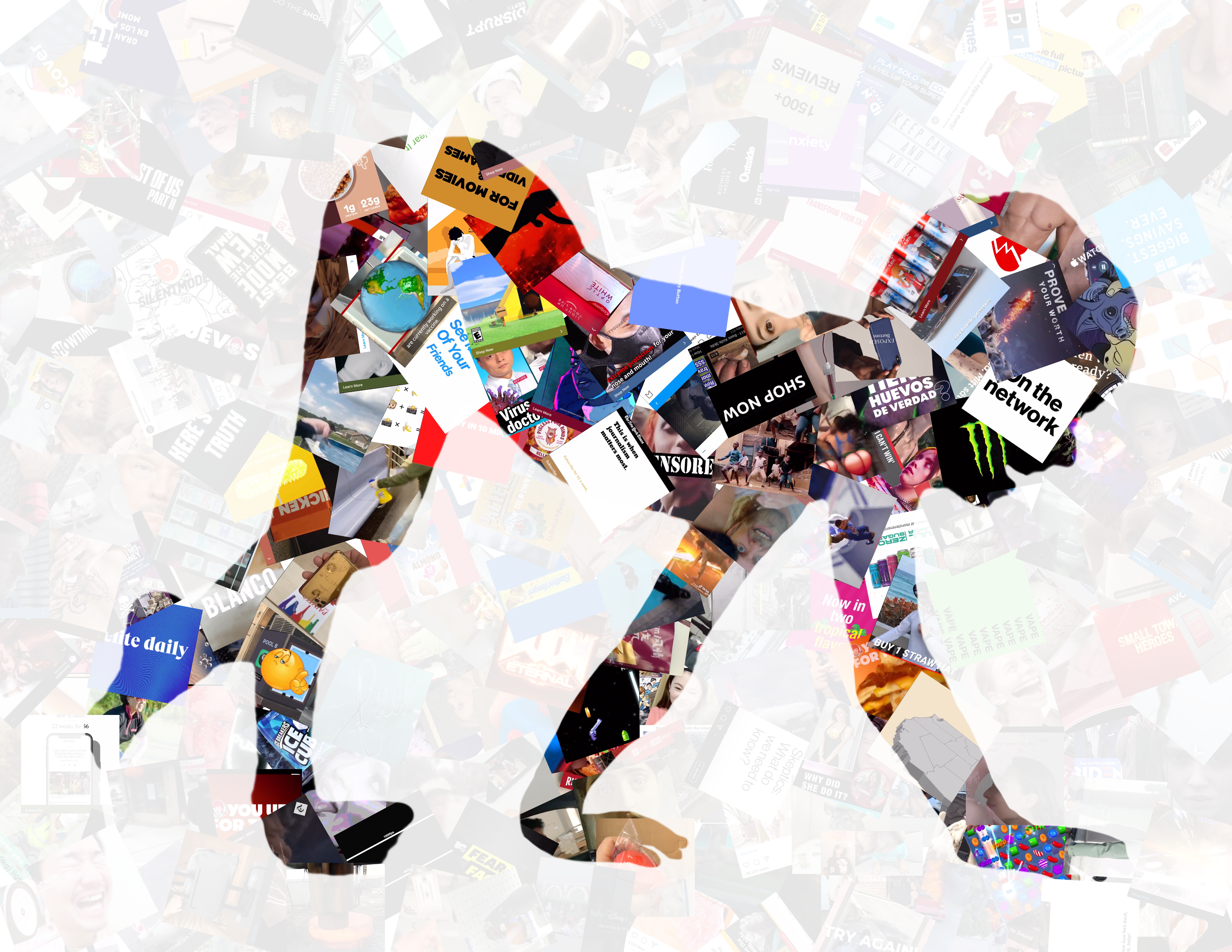 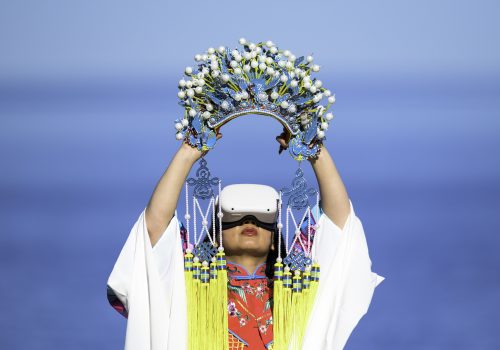 For this Artists at Work discussion, Anaïs Castro, a former Canadian curator in residence at ISCP in 2021 will be in conversation with Montreal-based artist and current resident Marie-Michelle Deschamps. They will discuss Deschamps’s trajectory as an artist, her recent exhibition at Bradley Ertaskiran Gallery, and the upcoming 2022 project of Deschamps’ work curated by Castro for She BAM! in Leipzig. A Q&A with the audience will follow.

Anaïs Castro is a curator and writer based in Toronto and New York. She currently works as Managing Director & Curator at Arsenal Contemporary Art. Over the past years, she has curated exhibitions and projects in Canada, the United States, the United Kingdom, Germany, Switzerland, and China. She is one of the founding members of the curatorial collective The Department of Love, which presented its first project in Shanghai in December 2018 and commissioned four performances by Debora Délmar, Jade Montserrat, Alvin Tran and Steven Warwick as part of the Open Programme of Art Night London 2019. She was part of the inaugural Shanghai Curators Lab in 2018, was a Curator in Residence at the International Studios & Curatorial Program, Brooklyn, New York, in 2021; Artpace, San Antonio, in 2019; Art in General, Brooklyn, in 2019; Titanik Turku, in 2017; and a Visiting Critic at BCA, Burlington, Vermont, in 2016. She is an editorial member of Daily Lazy and publishes regularly with various art magazines. 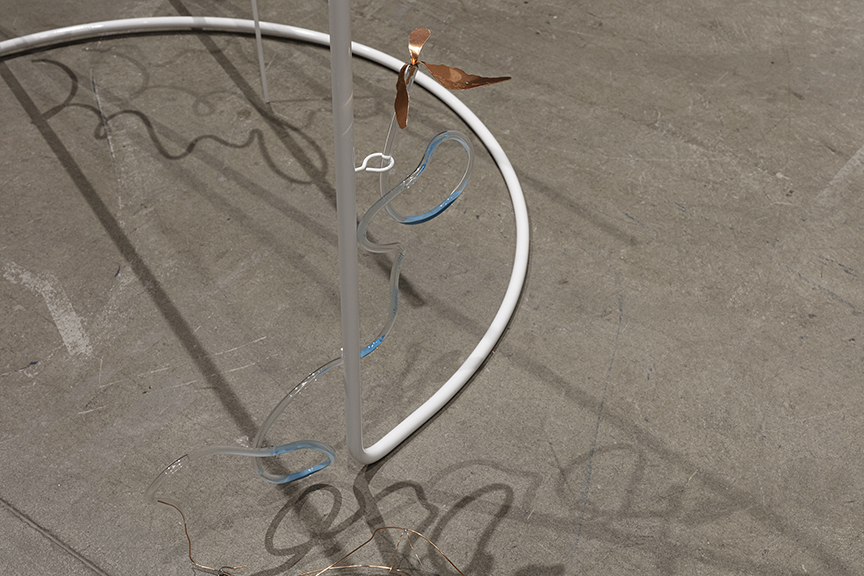 In conjunction with the exhibition, Maja Bekan: Hold it Together. (We Have Each Other), ISCP will host an online conversation between the artist; her collaborators on this project Pon-Pon Yeh, Mandy Morrison, Juliana Cope, Daniela Chaparro and Susan Hapgood; and independent curator and ISCP Senior Advisor Kari Conte.

They will discuss Bekan’s ongoing artwork, the use of gossip and conflict as a possible route to emancipation, and the potential outcomes of processual and durational artmaking practices, which the artist sees as “a method to decolonize time.” This event rounds up a year and a half of collaboration that occurred online and sometimes in physical proximity between the artist and five New York troublemakers, and their ongoing research into trailblazing women who are hard to love.

Prior to their conversation, the audience will be able to view a short excerpt of one of their live rehearsals.

Please register here to receive a secure link to this Zoom session, and tune in on Thursday, October 21 at 3pm EDT.

On the following day, October 22, sporadic constructed situations or “rehearsals ” as they have been called in Hold it Together. (We Have Each Other), will be happening unannounced around the city of New York, starting from Lower East Side and concluding in Hudson River Park. After numerous online meetings in 2020 and in-person sessions during the six months of the exhibition, these final live rehearsals will be a culmination of an ongoing process between Maja and her five collaborators who have adopted the identities of PARTISAN, SPY, POLITICIAN, (House)WORKER, and ARTIST/KILLJOY. They will engage in unscripted discussion and activity, inviting visitors to join them if they so choose.

Maja Bekan: Hold It Together. (We Have Each Other) is a solo exhibition by ISCP resident Maja Bekan concluding a year-long collaboration with New York City residents Pon-Pon Yeh, Mandy Morrison, Juliana Cope, Susan Hapgood, Daniela Chapparo, and many others. As Bekan puts it, the exhibition itself “is an (art) work in process, it is a spatial proposal for a future event, a work in a state of waiting.” Thus, the gallery is presented as a combination of performance stage, recording studio, and rehearsal space for visitors to contemplate Bekan’s choreography for human connection in a time of separation. The artist’s collaborators and audience are implicated in her call to prepare “to assemble again and exercise togetherness.” 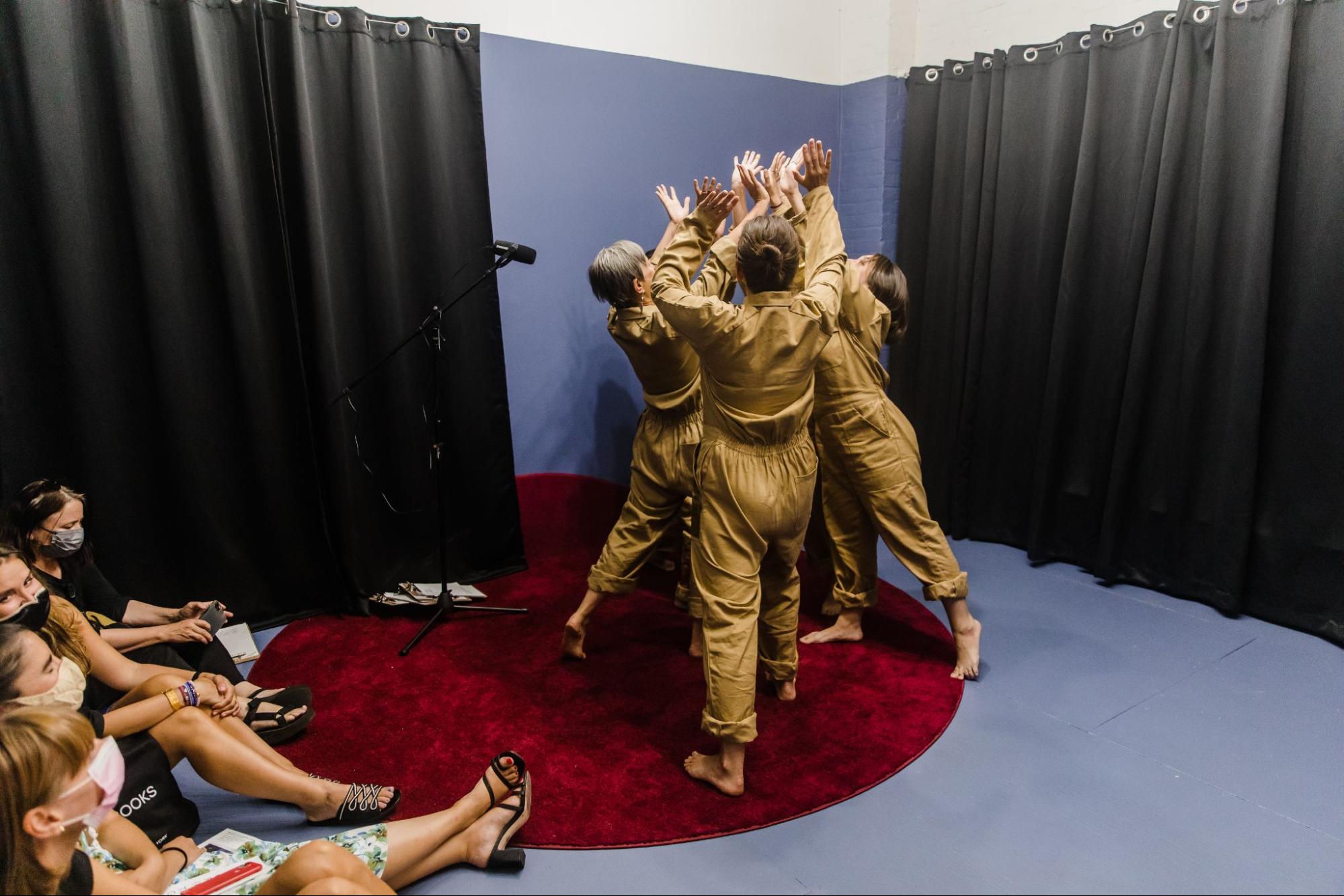