El Museo de Los Sures and the International Studio & Curatorial Program (ISCP) are pleased to announce Wormholes, Alice Schivardi’s first solo exhibition in New York. Schivardi builds upon her artistic language in the exhibition; she collects stories, establishes relationships, and explores the forces that drive society. With an investigative approach that looks at social phenomena in relation to everyday experiences, Schivardi analyzes where moments of difference align.

In this exhibition, Schivardi filters her practice through her recent time spent living and working in New York City. A sound sculpture whispering memories, a video of strangers continuously repeating her name as a kind of mantra, and the stories weaved in the hanging threads of her “embroidery drawings” comprise the works in the exhibition. Using an approach that moves from the individual to the universal, the artist collaborates with individuals and groups by asking neighbors to tell a love story, giving relevance to each person’s singular narrative and bringing to light that which would otherwise remain hidden.

El Museo de Los Sures was born by a partnership between Los Sures with Cornell University and Churches United for Fair Housing to preserve the history of the neighborhood’s residents. The International Studio & Curatorial Program (ISCP) is a nonprofit, residency-based contemporary art institution for emerging to mid-career artists and curators from around the world. This residency is the first collaboration between the two organizations.

The exhibition is realized in collaboration with composer KwangHoon Han and is curated by Ludovica Capobianco and Emanuela Termine with assistance from Giada M. Aracri, Fabrizio Cicero, Denise Correa, Michele Galletti, Richard Leech and Francesca Mor.

Funding has been provided by City Council Office District 34, Department of Cultural Affairs and the National Endowment for the Arts. 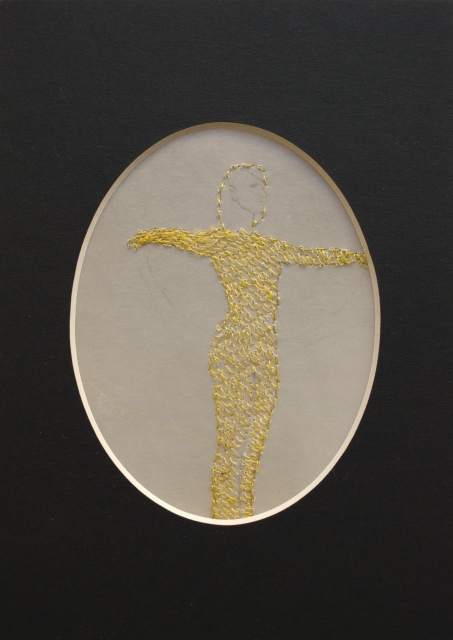 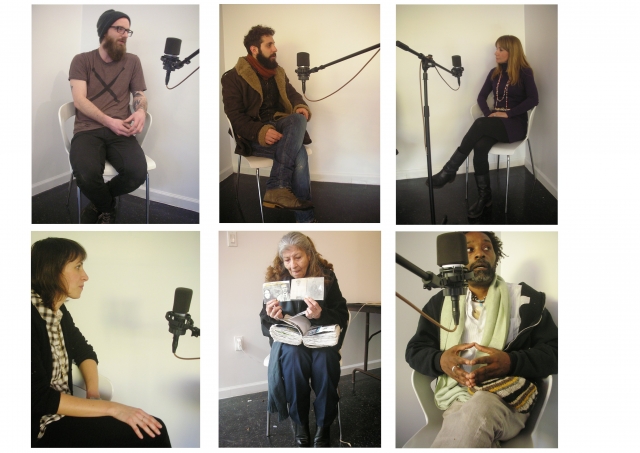 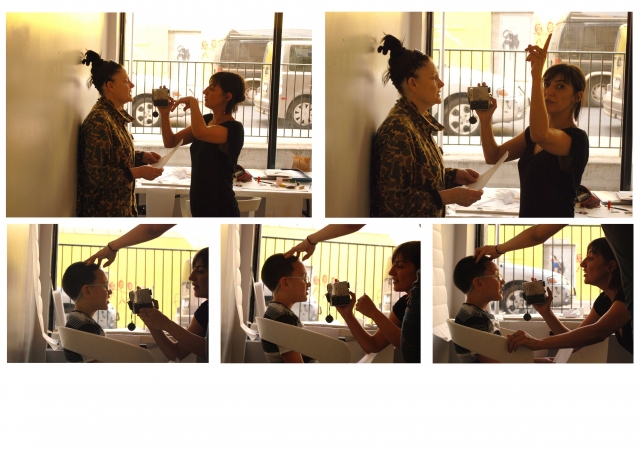 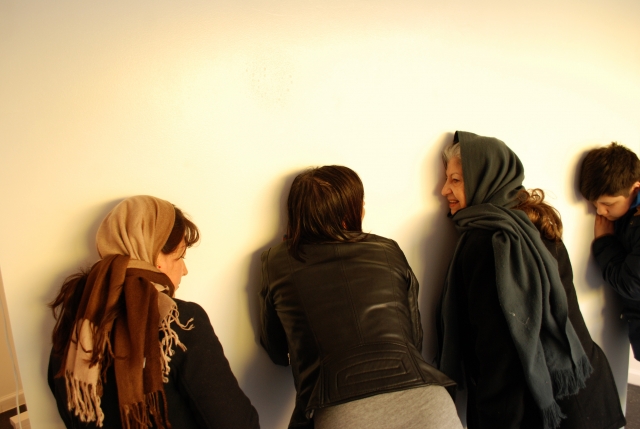 On April 15th, Vito Acconci and Michel de Broin will discuss architecture, interaction between people and spaces, unfamiliar sites, and the utility of objects. Daniel Sherer will informally respond to their conversation.

Vito Acconci’s design and architecture comes from another direction, from backgrounds of writing and art. His poems in the late 60’s treated language as matter (words to look at rather than through) and the page as a field to travel over; his performances in the early 70’s helped shift art from object to interaction; later in the 70’s, his installations turned museums and galleries into interactions between spaces and people; in the early 80’s, his architectural-units were meant to be transformed by users. By the late 80’s his work crossed over and he formed Acconci Studio, a design firm that mixes poetry and geometry, computer-scripting and sentence-structure, narrative and biology, chemistry and social-science. The Studio uses computers to give form to thinking; they use forms to find ideas. They make not nodes so much as circulation-routes, they design time as much as space. Their design starts with clothing and ends with vehicles – in-between, they design buildings that slip into landscape and vice versa; they make spaces fluid, changeable and portable; they make architecture subservient to people and not vice versa – they anticipate cities on the move.

Michel de Broin’s work ranges from assemblage to video and photography. His multifaceted production deals with energy flows, entropic devolution, and the forms of visual, spatial and technological paradox that derive from these antithetical forces. Most of his works are retooled everyday appliances, found objects that disclose an ironic re-utilization not only of the mechanic universe but also of tropes of Conceptual Art and Minimalism, which in his hands take on a critical dimension. Although universally recognizable, their new behavior defies their functions and uses. Crafting unforeseen relationships between waste, productivity, risk and consumption, De Broin defamiliarizes established modes of signification in everyday technical environments. A mid-career survey of his work was mounted by the Musée d’Art Contemporain,  Montréal in 2013. De Broin has held solo exhibitions and projects like La maîtresse de la Tour Eiffel, Paris; Reciprocal Energy at Musée d’art contemporain Val-de-Marne, France; Reverse Entropy at the Künstlerhaus Bethanien, Berlin; Disruption from Within at Plug In, Winnipeg, Canada;  Shared Propulsion Car at Exit Art, New York, Épater la Galerie at Villa Merkel, Esslingen, Germany. 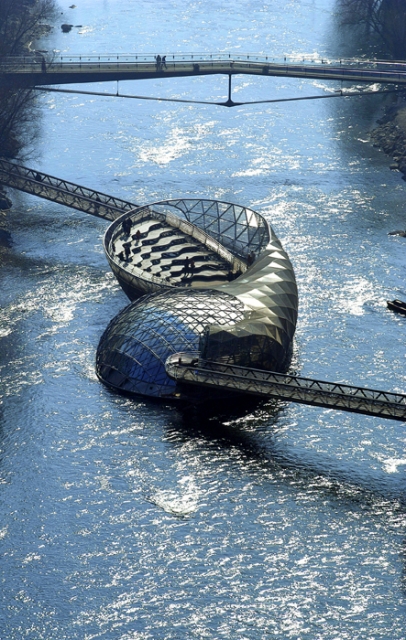 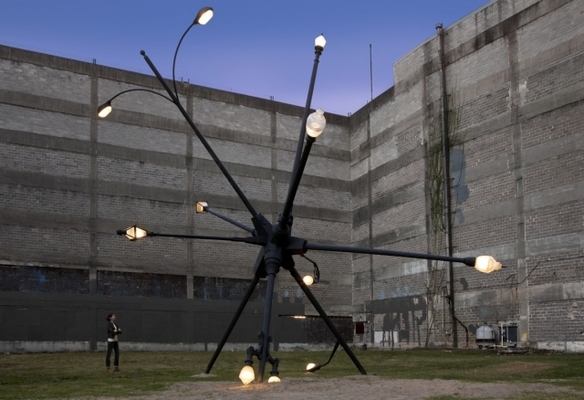 Artan Hajrullahu will present and discuss a series of drawings. Hajrullahu’s drawings are preoccupied by themes of everyday life and depict quotidian scenes and memories of the artist’s childhood, where the relationship between human beings and household objects tell poetic stories.

Alketa Ramaj will screen a recent video project and also present a small number of recent drawings. The video depicts a couple whose relationship seems like a monotonous cycle but is actually one of silent conflict, insecurity, and domination. 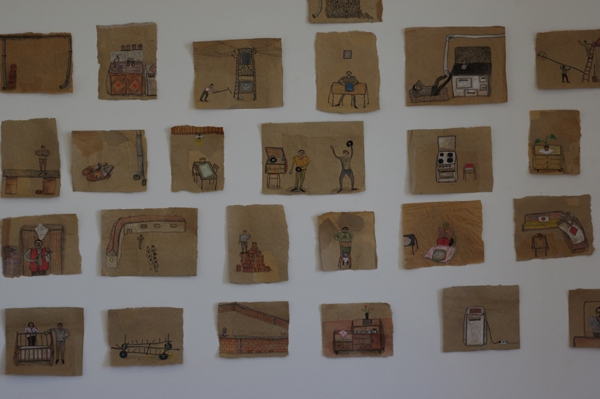 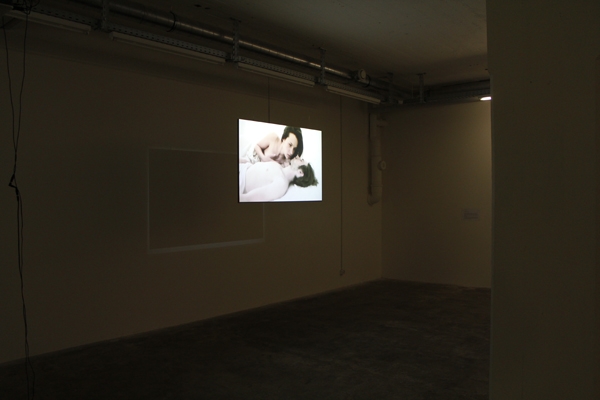