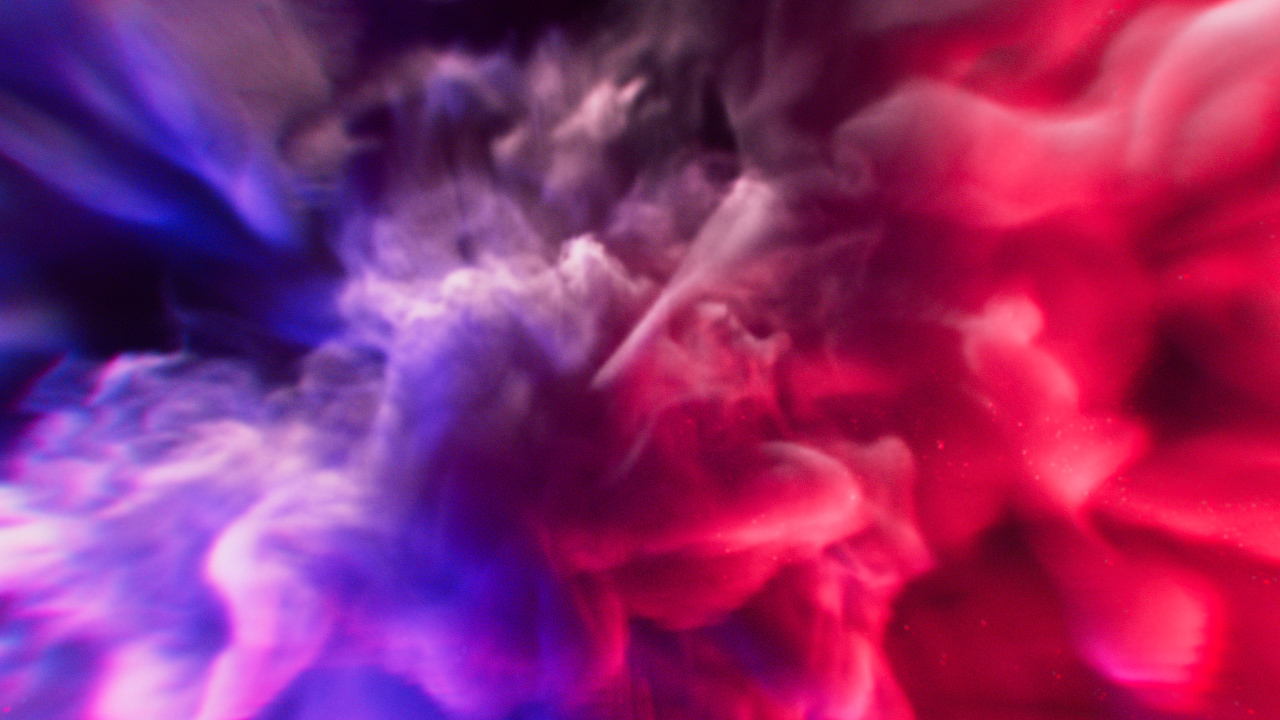 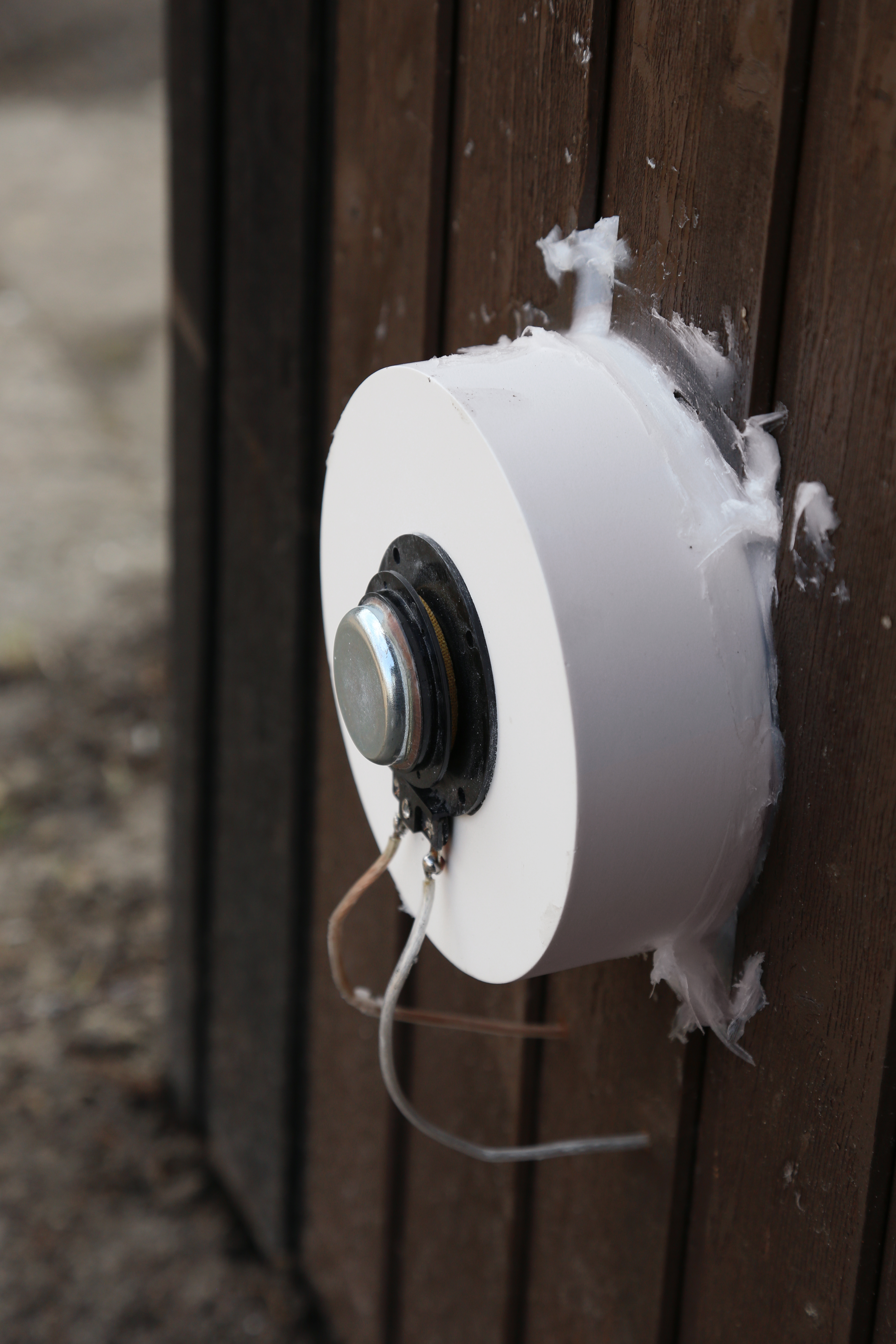 For this Artists at Work event, artists Charlotte Eifler and Anton Kats will stage an encounter between two semi fictional characters named YEVA and ILYICH. Both characters are at once of this world, yet not entirely from it. Embracing cyber-entity anachronisms YEVA’s interest lays in the intersection between immateriality and the material impact of internet technology. Manifesting herself through the tactics of feminist media pioneers, her meeting with ILYICH will address sonic strategies in relation to the decolonized potential of sound, rhythm and ritual and the material dimension of listening. While ILYICH’s plans to reenact a spaceship that has not been built yet start to materialize, the public is invited to join this special Artists at Work, in which either the artists or their invented characters will welcome you.

This program is supported, in part, by Hartfield Foundation; KdFS Kulturstiftung des Freistaates Sachsen; New York City Department of Cultural Affairs, in partnership with the City Council; New York State Council on the Arts with the support of Governor Andrew M. Cuomo and the New York State Legislature; Senate Department for Culture and Europe, Berlin; and Stavros Niarchos Foundation (SNF). 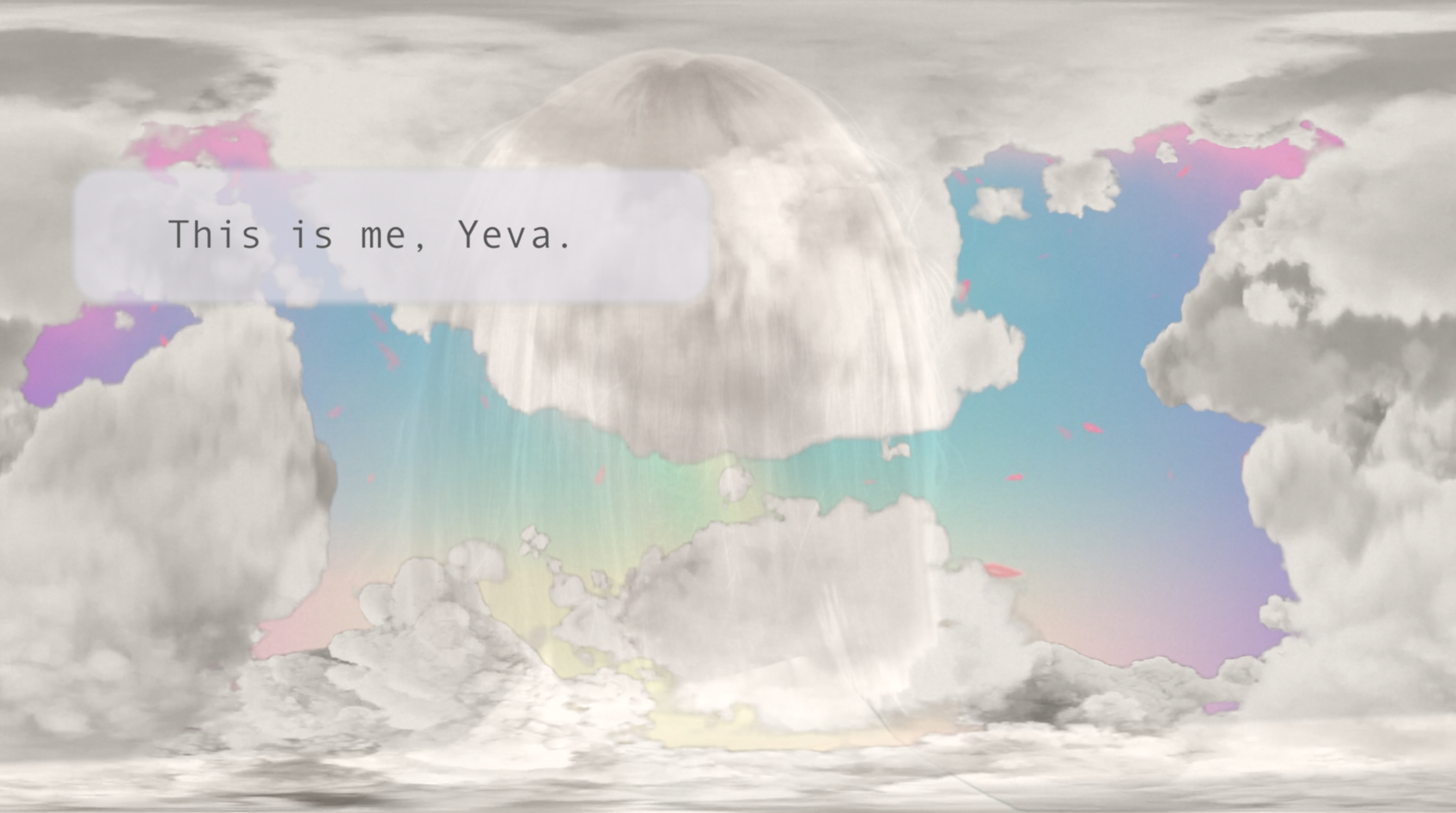 Charlotte Eifler, feminism is a browser, 2019, video. Courtesy of the artist. 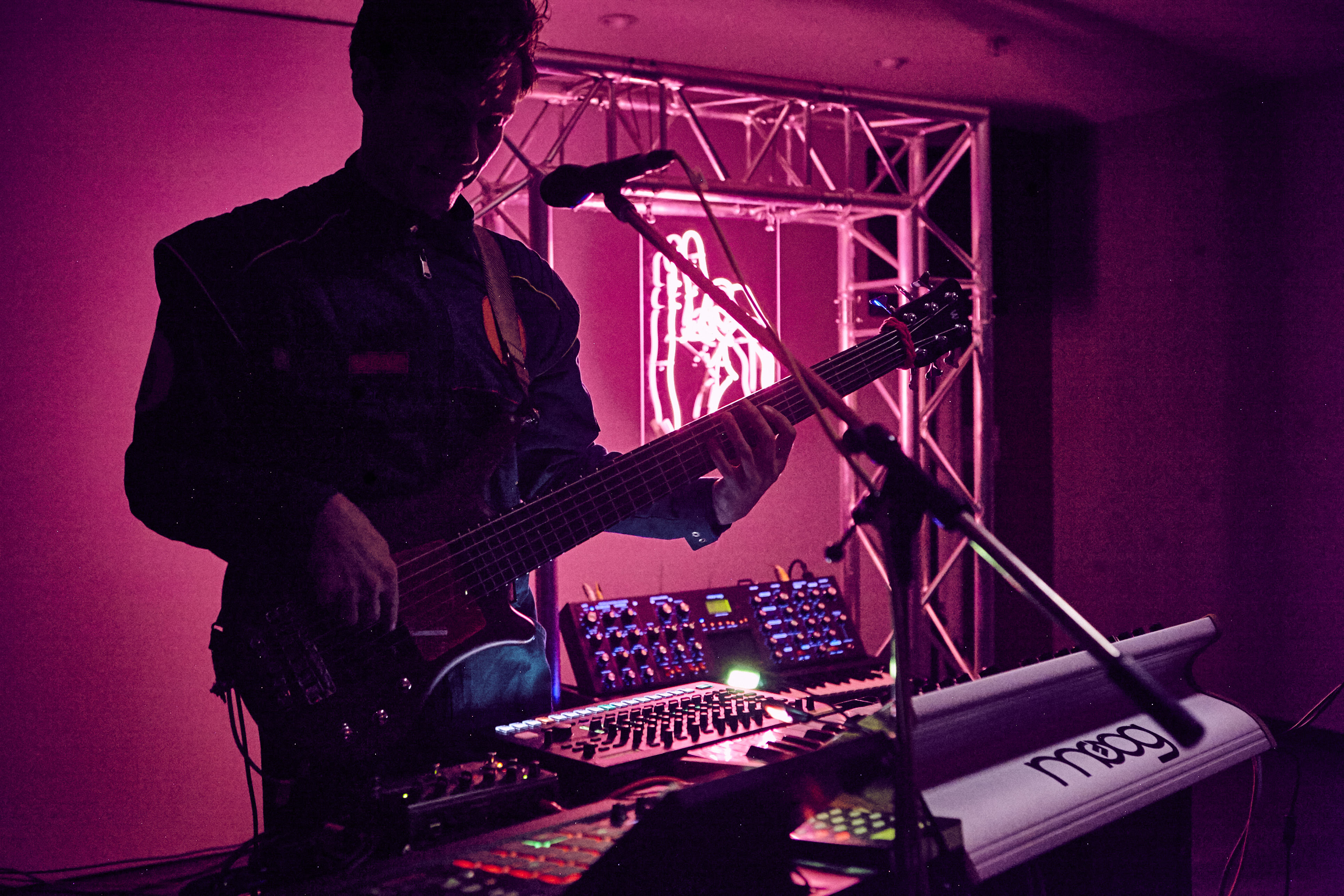 Anton Kats, ILYICH : AND, 2019, sonic sculpture, performance during the Flaneur Festival at the House of the World’s Cultures, Berlin.

Ungrounded is a group exhibition featuring the work of the seven artists in residence in ISCP’s Ground Floor Program. The exhibition considers—from many vantage points—today’s political, social, and ecological urgencies. Works include a compilation of words in need of safeguarding painted by Danilo Correale; Simone Couto’s multimedia presentation of immigrant stories spanning 150 years in 2 x 2; Furen Dai’s two-dimensional work examining global census forms; Mariajosé Fernández-Plenge’s photographic exploration of the fine line between mental illness and compulsive habits in Small Obsessions; Jude Griebel’s latest figurative sculpture highlighting dystopic paranoia; Joshua Liebowitz’ Proof Burdens – No1, an ongoing multimedia project investigating grievance in the United States; and Alison Nguyen’s every dog has its day, a video made with consumer-produced media highlighting the connections between religion, self, and technology.

These artists in residence are all part of a program that offers subsidized workspace and professional development for New York City-based artists. Launched in 2015, Ground Floor at ISCP takes place on the first floor of ISCP in tandem with ISCP’s international residency program, forming an integral part of a dynamic community of artists and curators from all over the world.

Danilo Correale (born Italy) analyzes aspects of human life, such as labor-leisure, and sleep under the lenses of time and body. His work has been presented in Broken Nature-Triennale Milano and the Vienna Biennale. He has exhibited his work at The MAC, Belfast; Art in General, New York; and La Loge, Brussels. He was awarded the 2017 New York Prize for Italian Young Art. In 2017, Correale was a research fellow at Columbia University, New York.

Simone Couto (born Brazil) is an interdisciplinary artist. Her private and collective practices explore the history of places. She has exhibited at Pioneer Works, The Invisible Dog Art Center, Electronic Arts Intermix, El Museo de Los Sures, Momenta Art, all New York. She has participated in several residencies, including Hafnarborg-The Hafnarfjörður Centre Of Culture and Fine Art; The Studios of MASS MoCA, North Adams, and NURTUREart, New York. She is on the faculty at the School of Visual Art, New York.

Furen Dai (born China) has a practice focused largely on the economy of the cultural industry, and how languages lose function, usage, and history. Dai’s hybrid art practice utilizes video, sound, sculpture, painting and collaboration. Her years as a professional translator and interest in linguistic studies have guided her artistic practice since 2015. She has exhibited work at The National Art Center, Tokyo; The Institute of Contemporary Art, Boston; Athens Digital Arts Festival; and Edinburgh Artists’ Moving Image Festival, among others.

Mariajosé Fernández-Plenge (born Peru) works primarily with photography, sculpture, and installation. Her practice demonstrates her interest in the effects of time. Her work has been shown internationally including Casa de América, Madrid; the United States Embassy in Peru and MATE Museo Mario Testino, Lima; and the International Center of Photography, New York, among others.

Jude Griebel (born Canada) is a figurative sculptor, who has completed numerous residencies including The Studios of MASS MoCA, North Adams and HALLE 14, Leipzig. His major sculptural commission Tired Water was installed earlier this year in the Telus Spark, Calgary. Recent exhibitions include the Esker Foundation, Calgary and Galerie Sturm, Nuremberg. Griebel is a three-time recipient of the Elizabeth Greenshields Foundation Grant for Emerging Figurative Artists and his work is in collections including Arsenal Contemporary Art, Montreal and the Frans Masereel Centrum, Kasterlee.

Joshua Liebowitz (born United States) pursues research-based practices and works across diverse media. In his work, he addresses the absurdity of the human condition. Liebowitz’ most recent solo exhibition was on view at this year’s SPRING/BREAK Art Show, New York. His work has been presented at CAFA Art Museum, Beijing; NARS Foundation, Pioneer Works, and St. Mark’s Church, all New York. Liebowitz ‘s projects have been written about in a variety of publications and media, including ARTNews, The Atlantic, Gothamist, and Art F City.

Alison Nguyen (born United States) explores the ways in which images are produced, disseminated, and consumed within the current media landscape, exposing the socio-political conditions from which they arise. She has presented work at Ann Arbor Film Festival; CROSSROADS presented by San Francisco Museum of Modern Art; Channels Festival International Biennial of Video Art, Melbourne; Microscope Gallery, New York and AC Gallery, Beijing, among others. She has participated in residencies and/or been awarded fellowships from The Institute of Electronic Arts, Squeaky Wheel Film and Media Art Center, and BRIC. In 2018, Nguyen was featured in Filmmaker Magazine’s 25 New Faces of Independent Film. 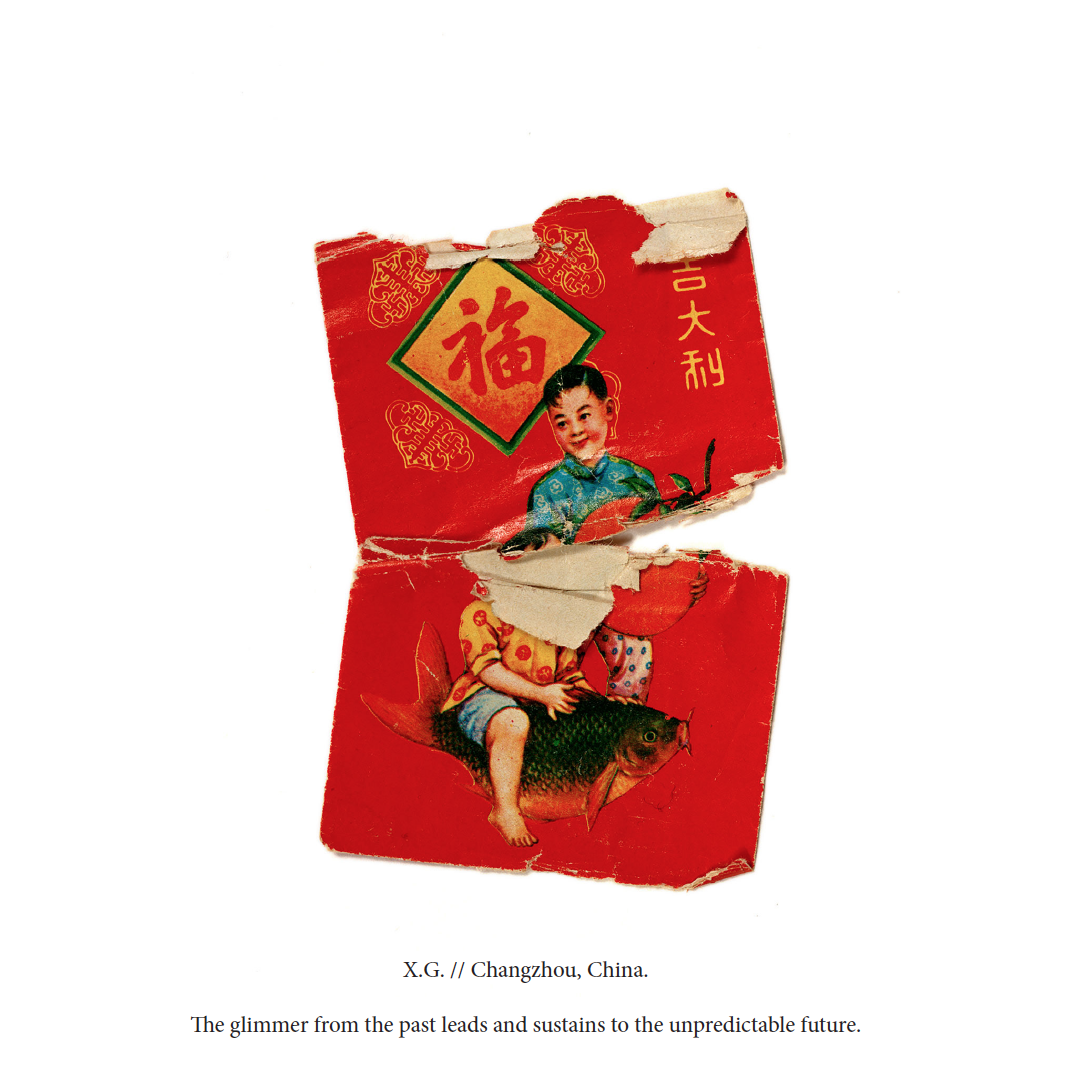