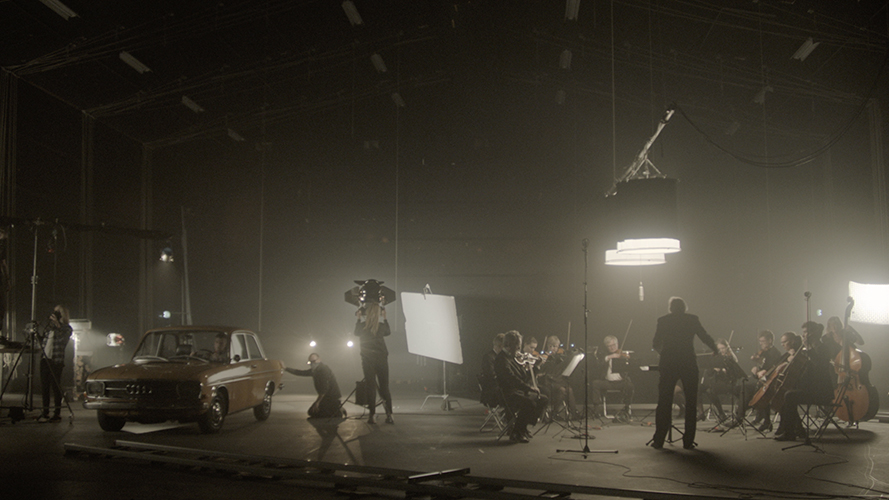 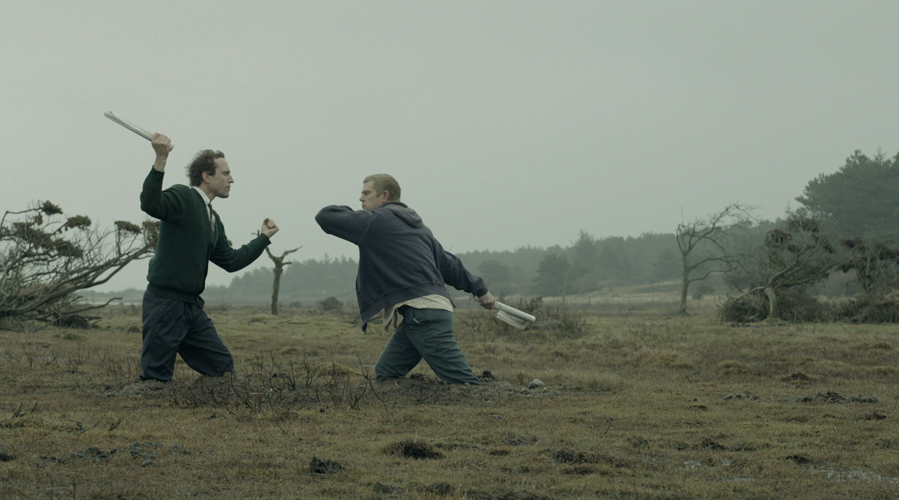 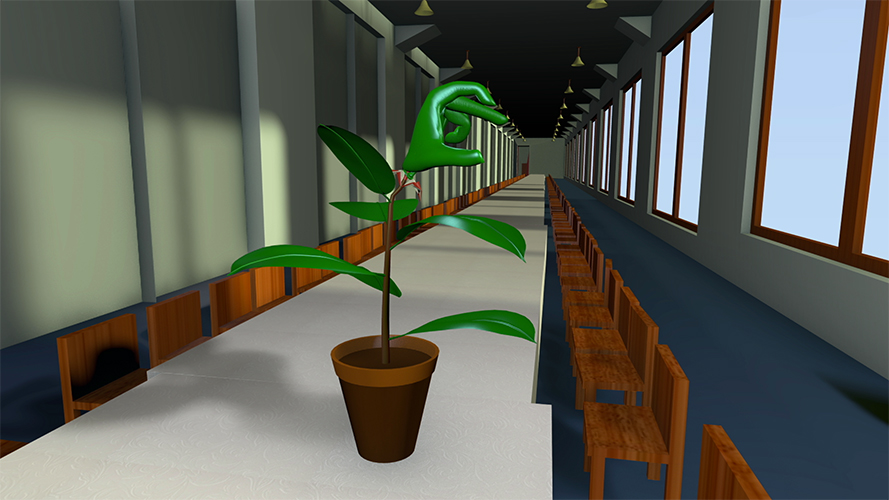 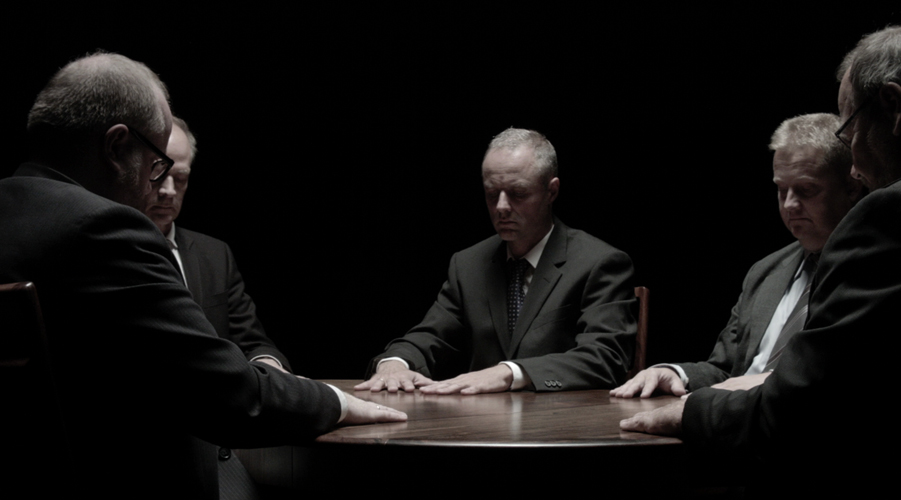 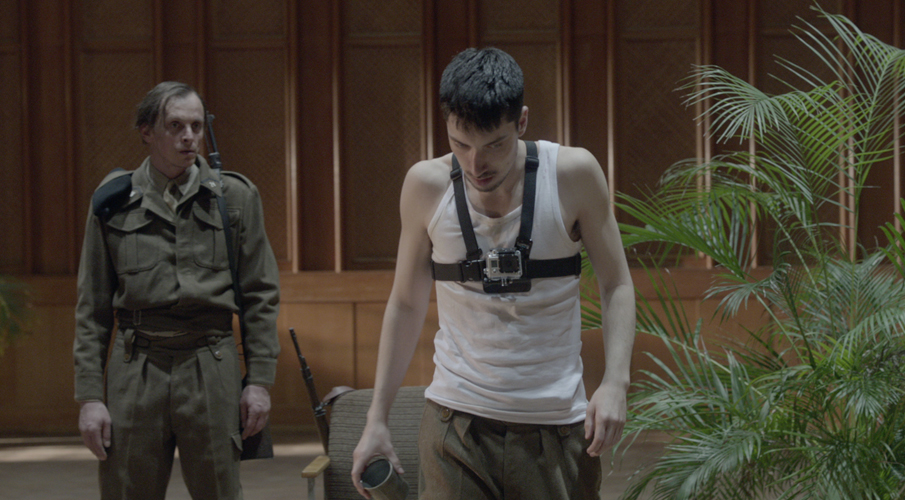 Anu Vahtra employs an artistic approach to site-specific, space-oriented problematics. Her installations, which often include photography, capture the surrounding spaces of their sites, making them both the subject and the physical form of the artwork.

Anu Vahtra has exhibited her work in Estonia and abroad including at the Contemporary Art Museum of Estonia, Tallinn; Contemporary Art Centre, Vilnius, Lithuania; and Kjubh Kunstverein, Cologne. Vahtra has participated in residency programs in Norway and Lithuania, and is a founder of the independent publishing initiative Lugemik in Tallinn. She is the winner of the Köler Prize, 2015 and the Cultural Endowment of Estonia Annual Award, 2017. 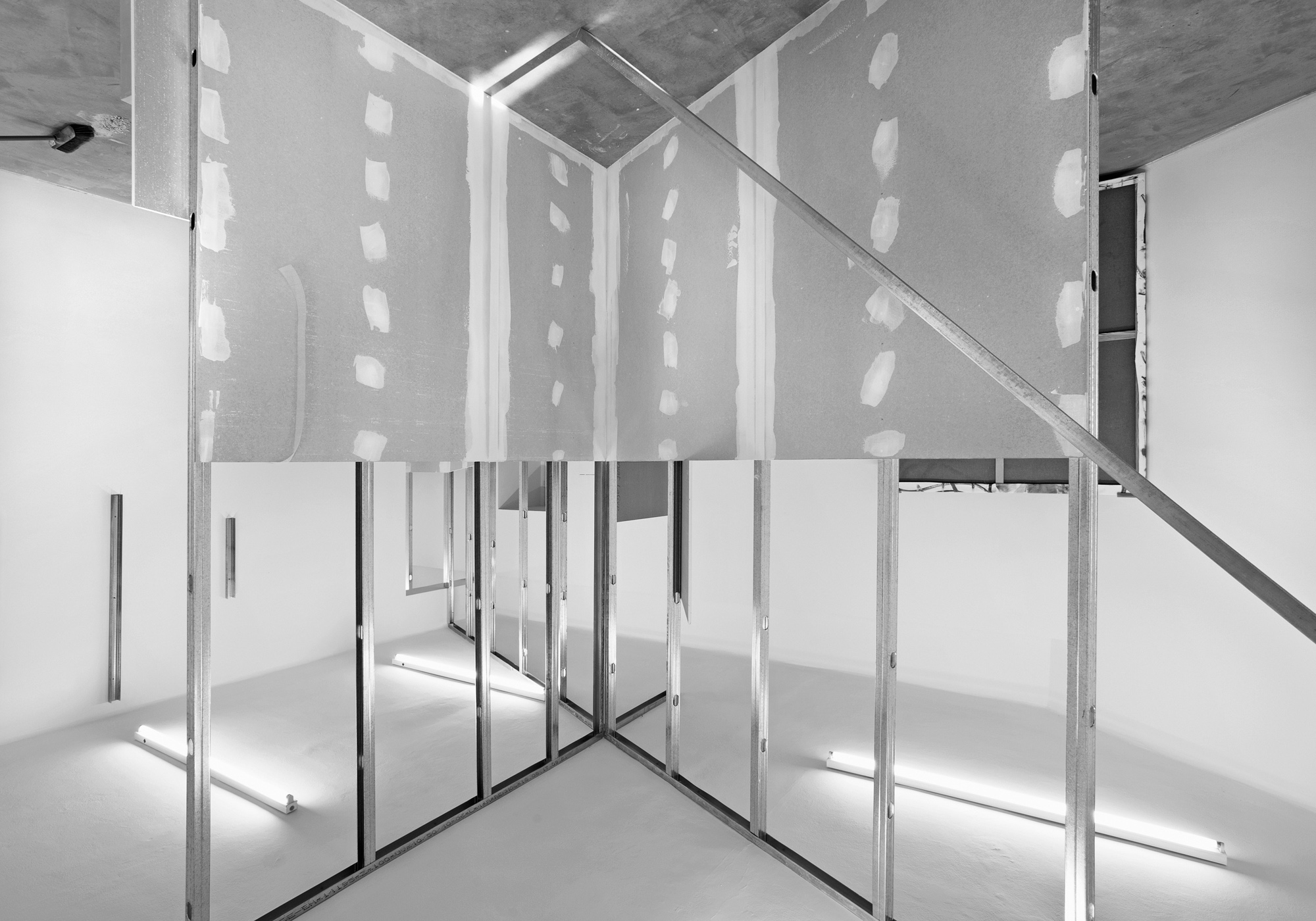 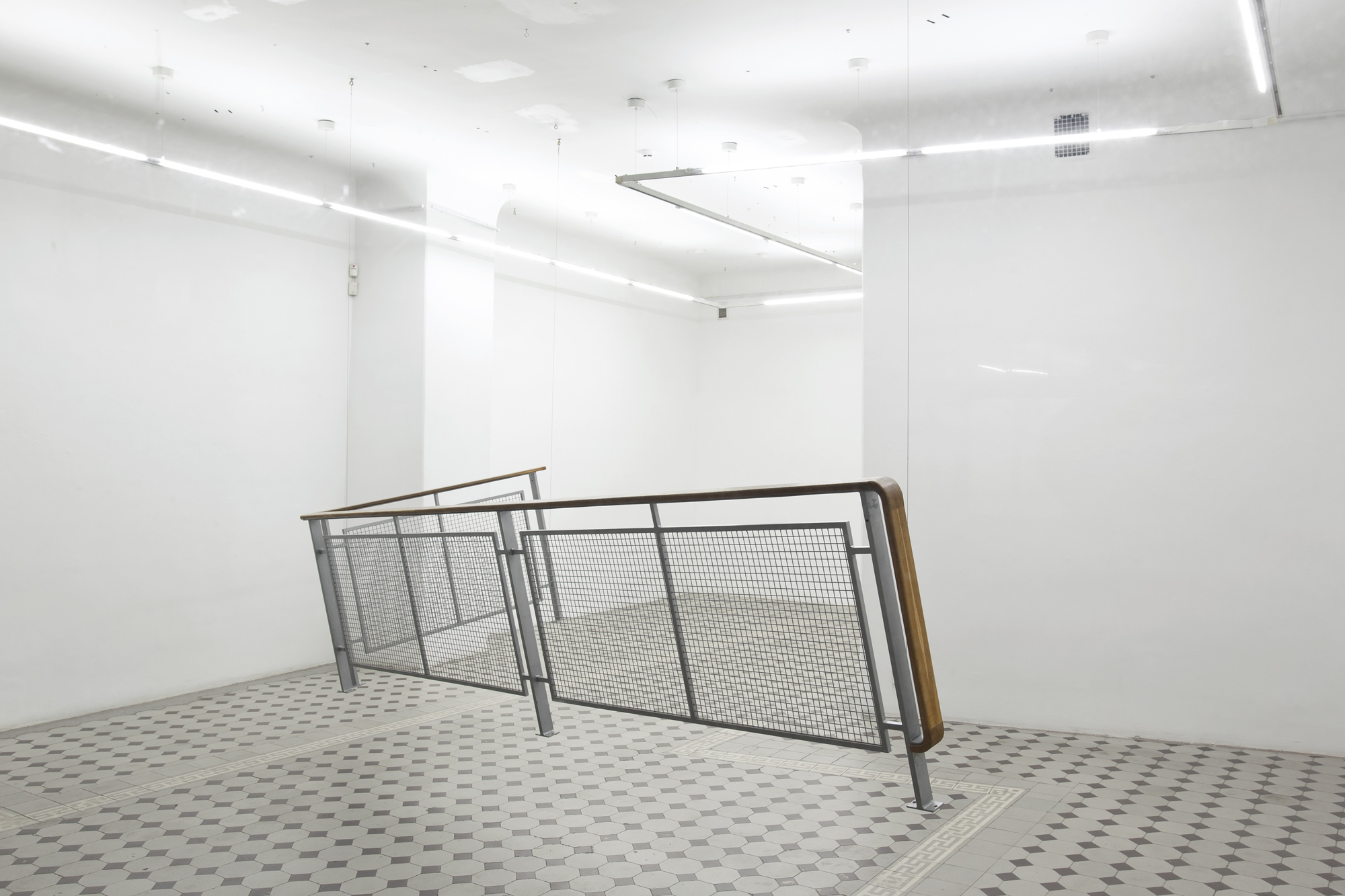 Anu Vahtra, A fact in space. After exhibitions, 2016, site-specific installation. 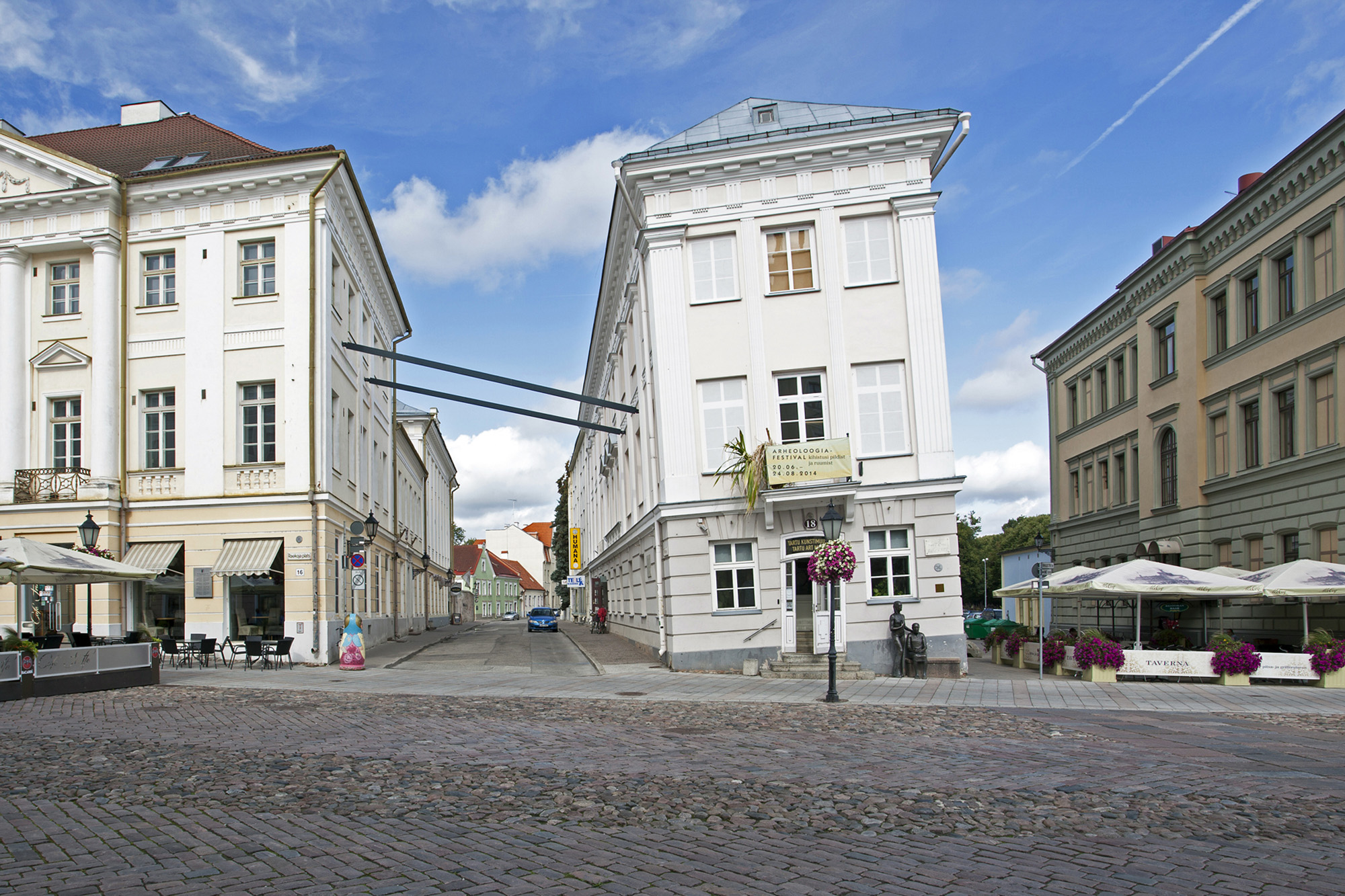 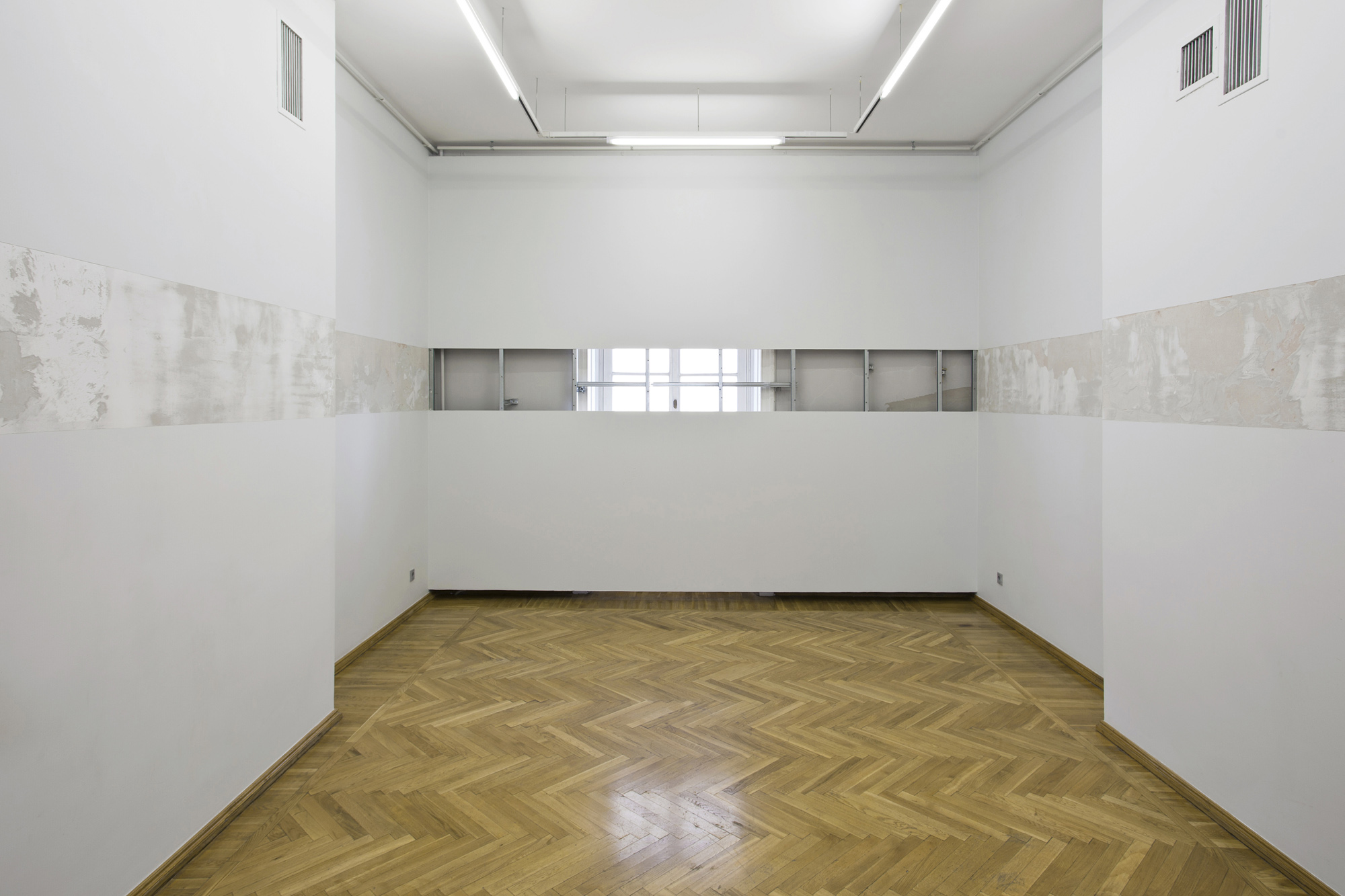 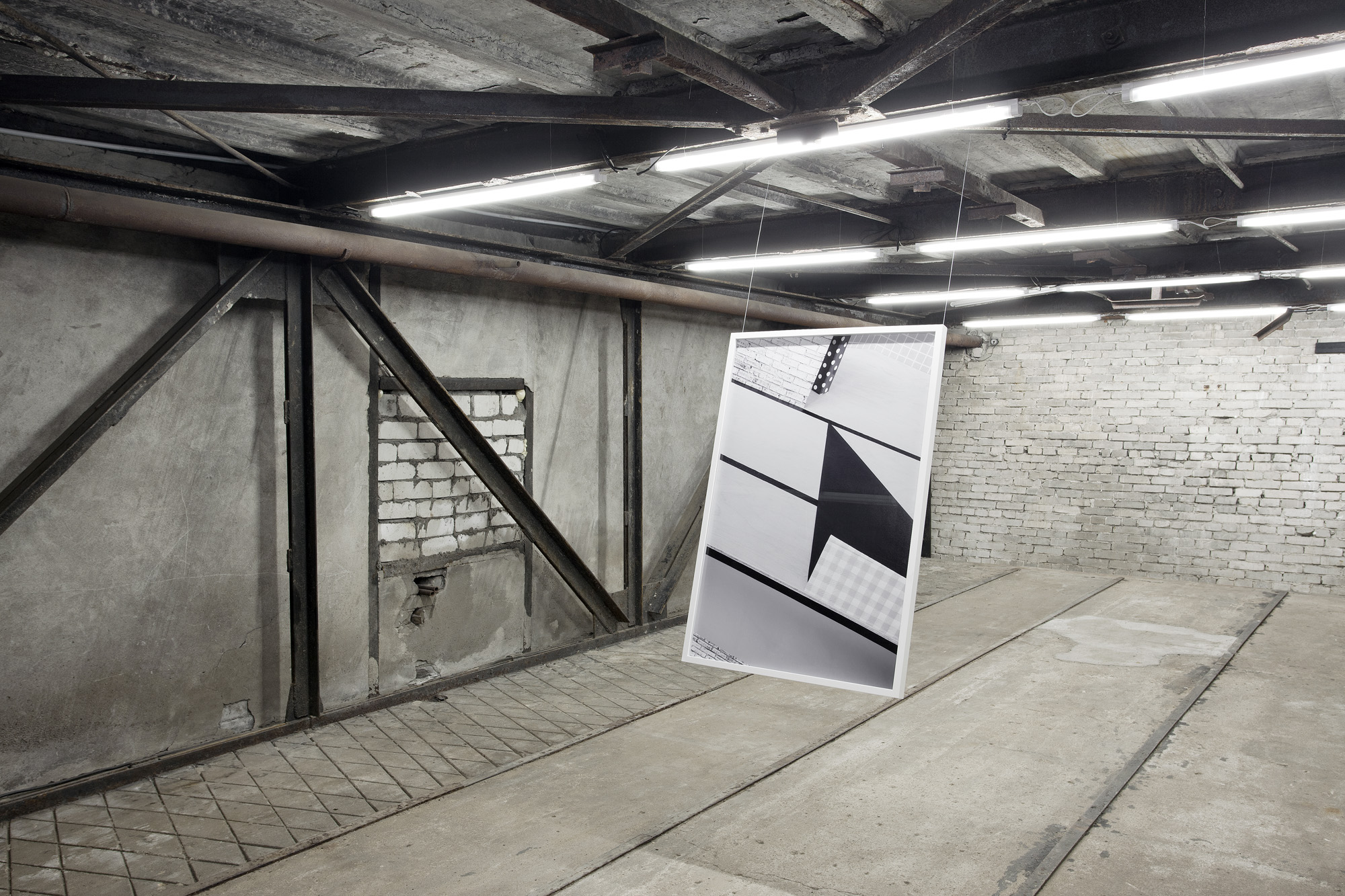 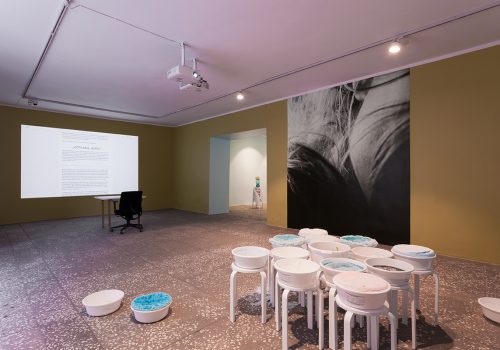 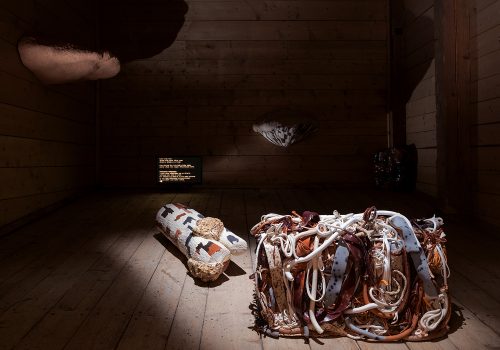 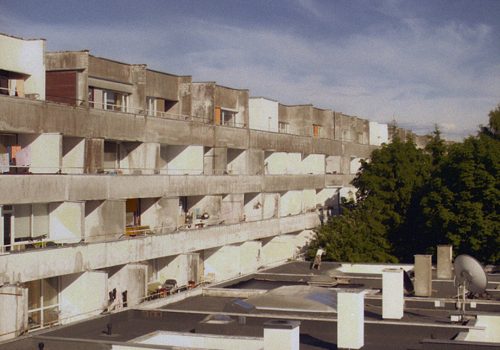 Cem Dinlenmiş is a cartoonist for Istanbul-based magazine Uykusuz. His satirical series Her Şey Olur (Anything Goes) depicts events from weekly news cycles related to politics, ordinary life happenings, and everything in between, which are illustrated in unexpected ways. Turkey’s ruling Justice and Development Party, urban transformation and freedom of press are some of the topics he has tackled since 2006. As of 2017, there are nearly 600 drawings in the Her Şey Olur archive.

Cem Dinlenmiş lives and works in Istanbul. He has participated in various solo and group exhibitions at institutions worldwide, including National Museum of the 21st Century Arts (MAXXI), Rome; x-ist, Istanbul; and Salt Beyoğlu, Istanbul. He is the recipient of the Media Award, Turkish Independent Architects Association, 2017. 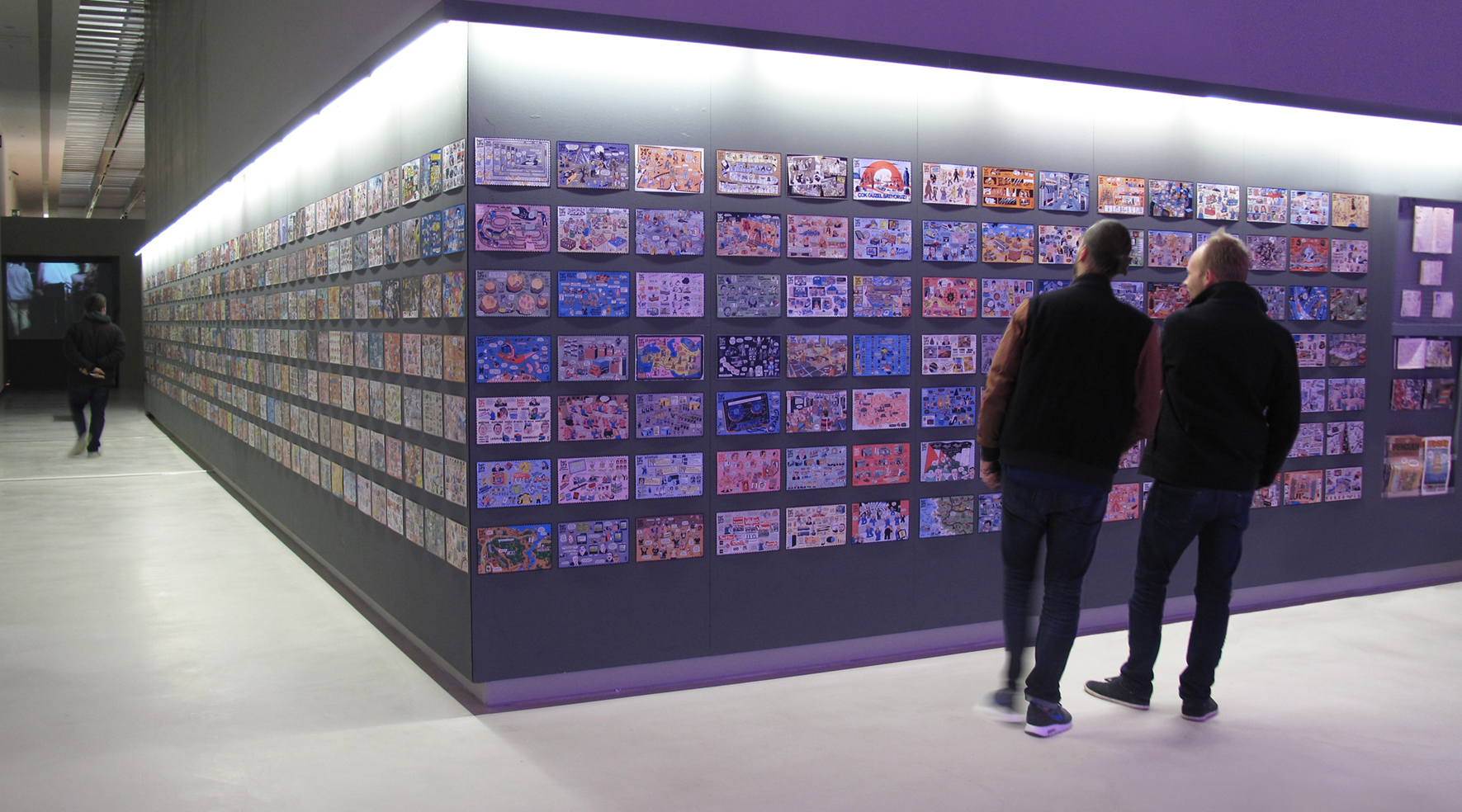 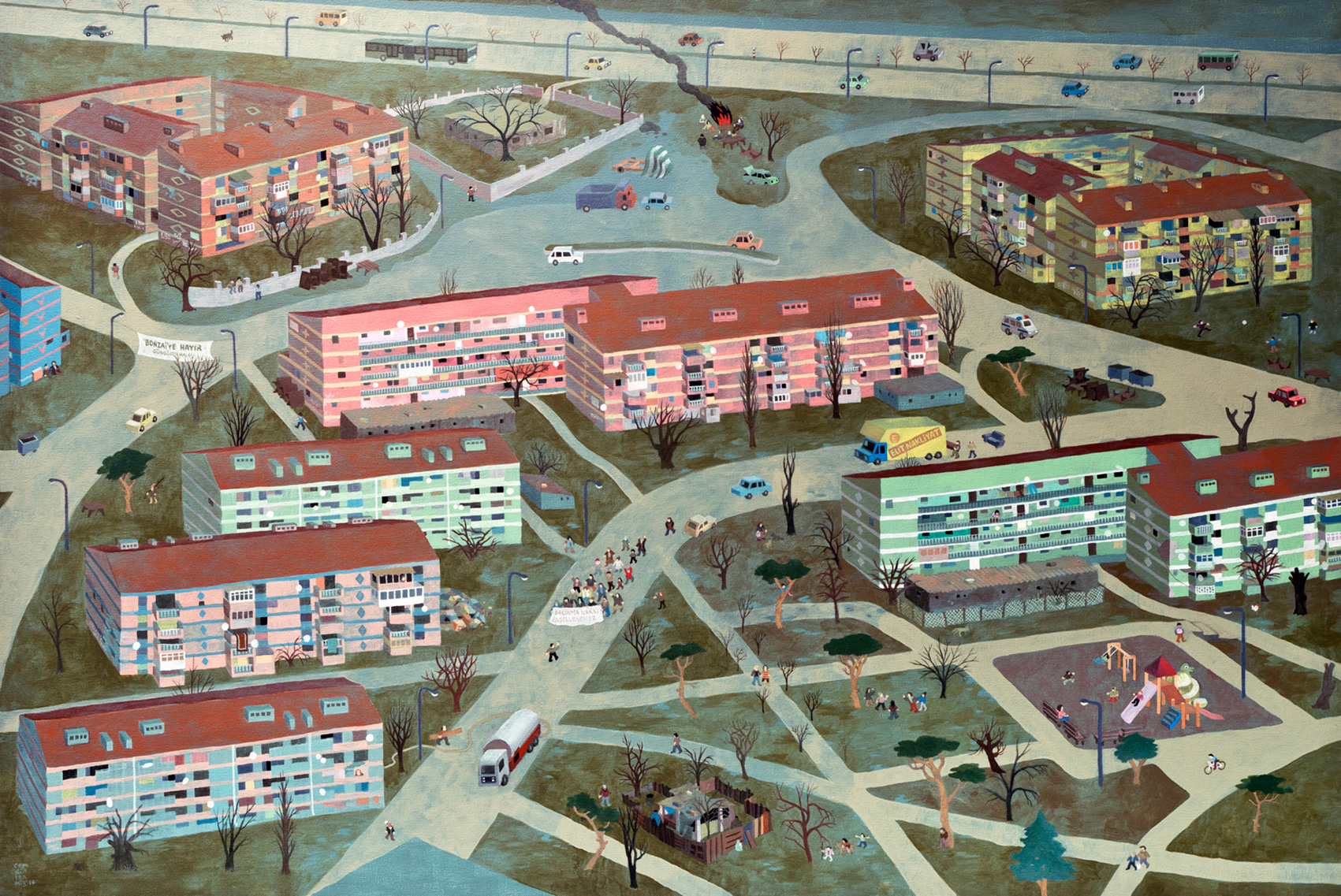 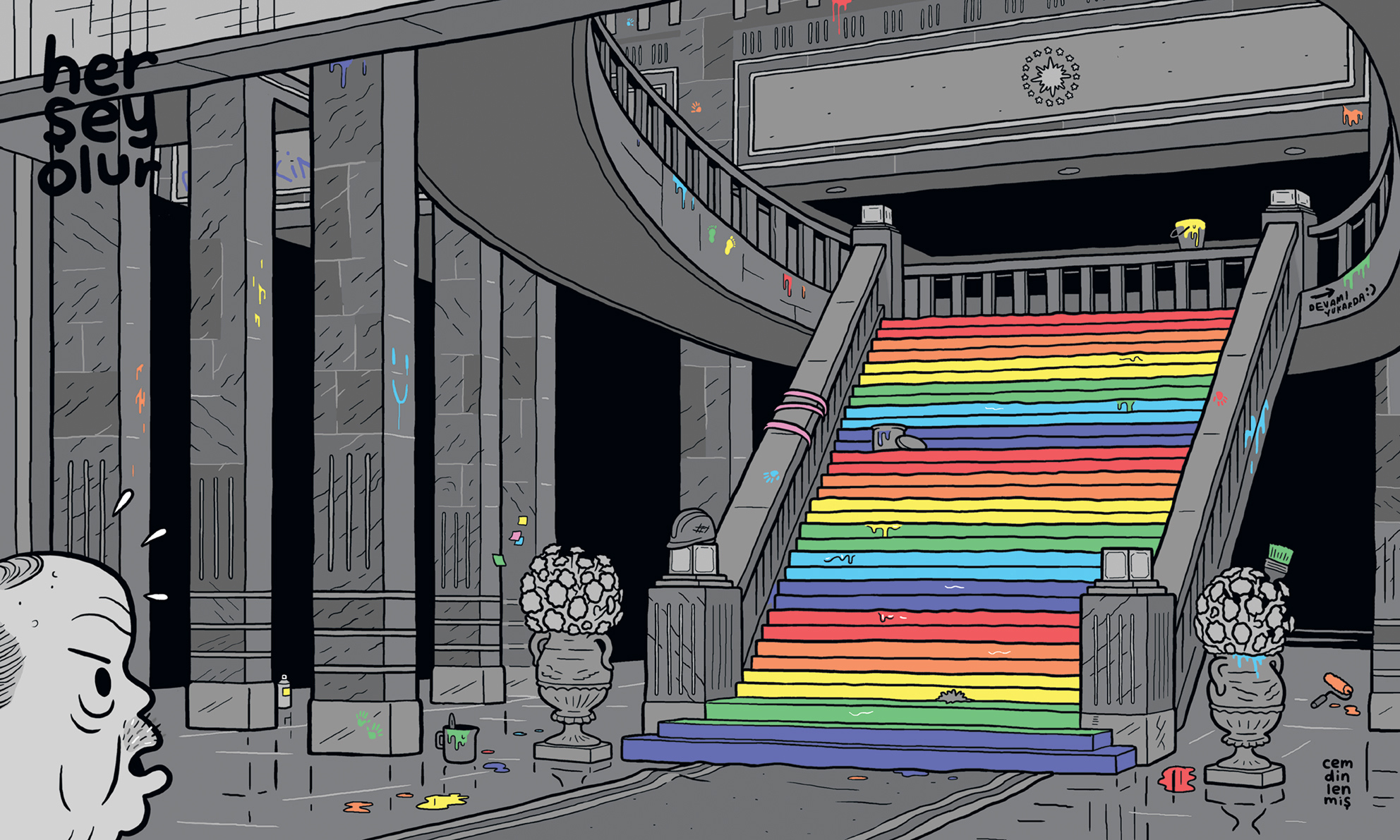 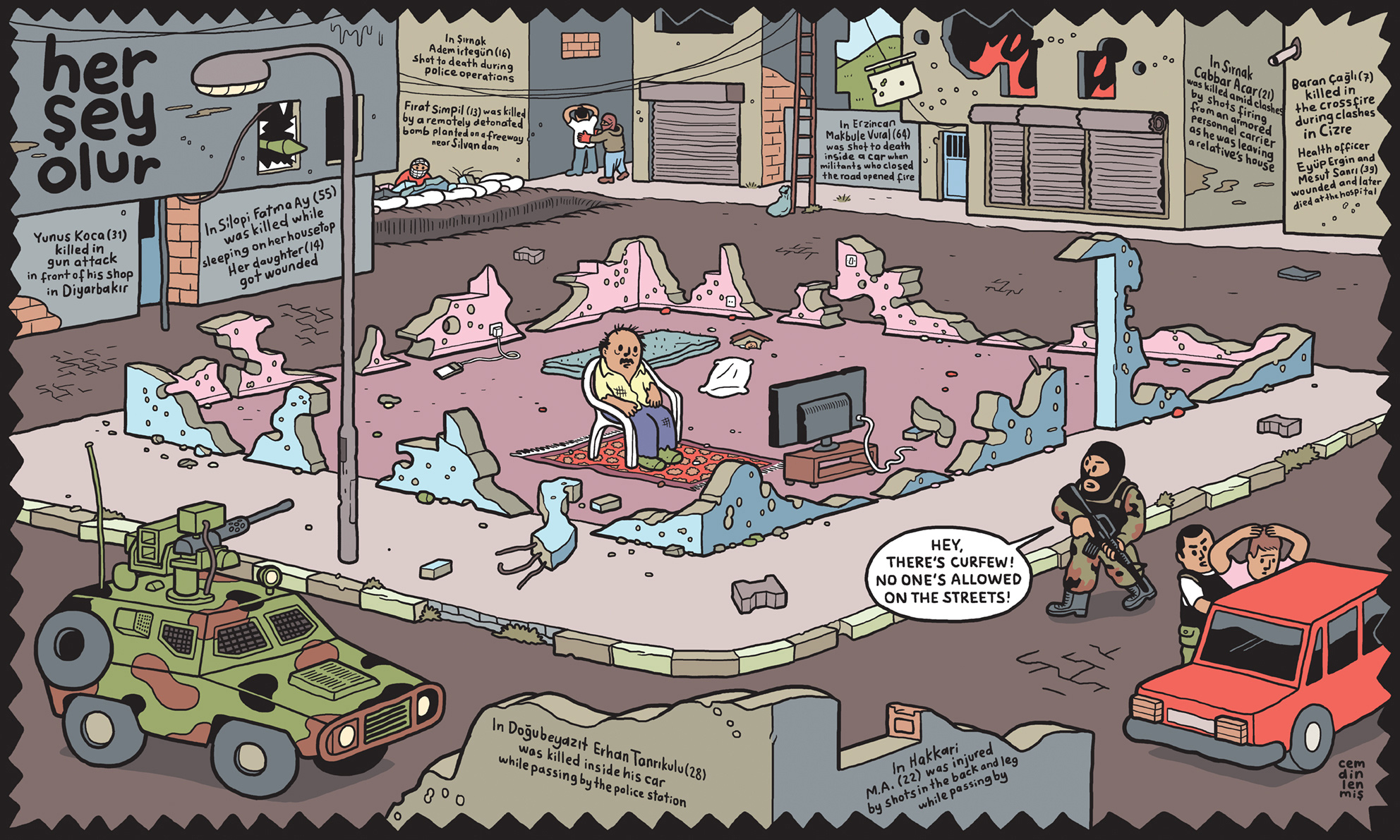 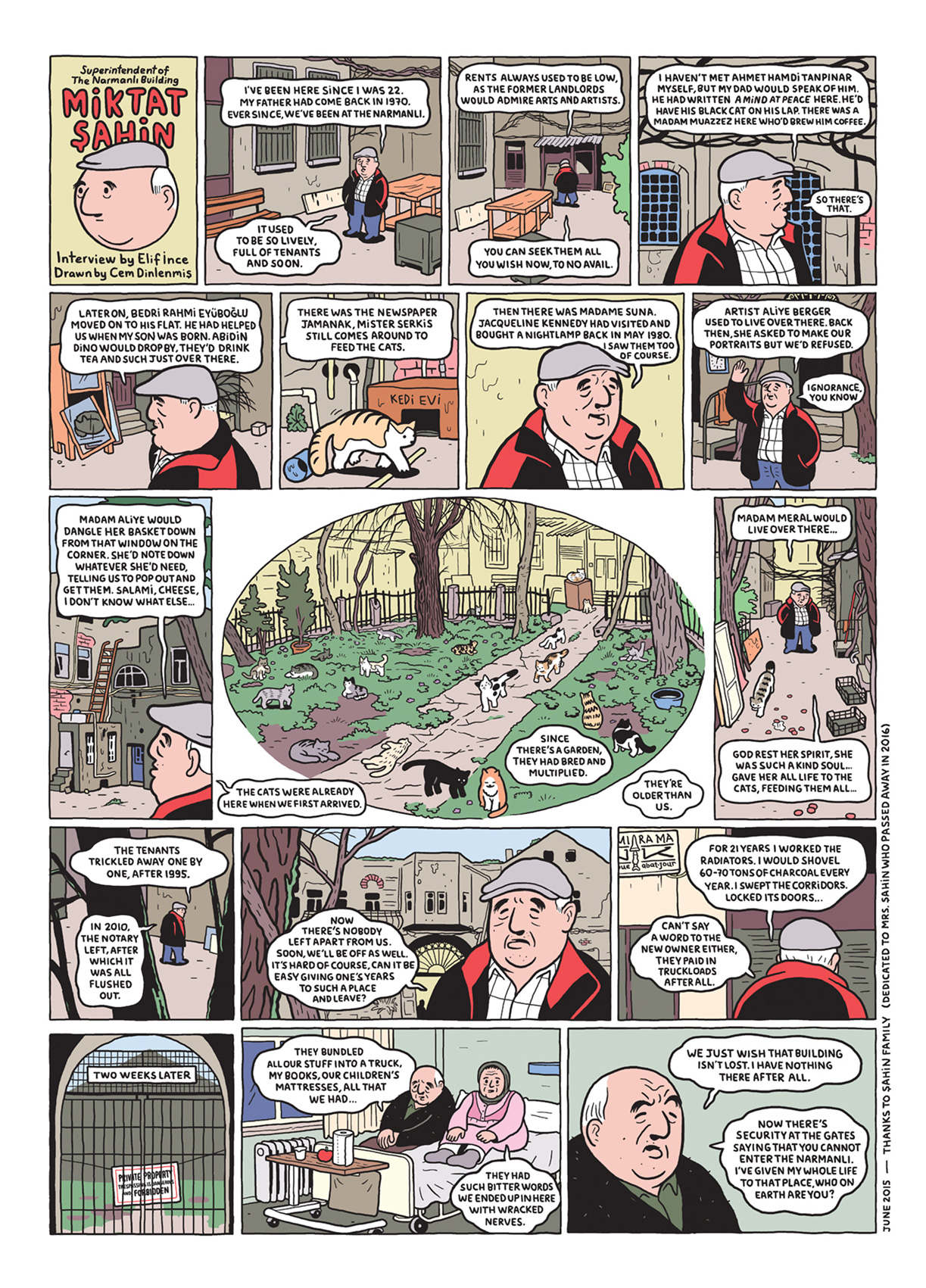 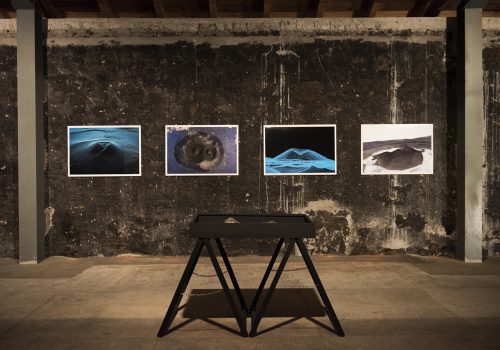 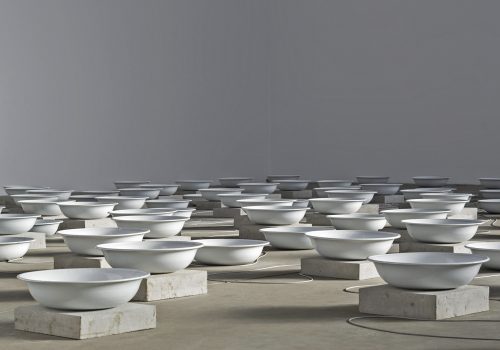