For this event, three New York-based artists will discuss how their art connects to healing and spirituality. Joiri Minaya, Lauren Kelley and Devin N. Morris, who were a part of ISCP’s 2020 Vision Fund residency, will be joined by artist and organizer Dana Robinson as moderator. This program will be presented on Zoom and will include closed captioning and live American Sign Language. A Q&A with the audience will follow.

Register for a secure zoom link here, and tune in on Tuesday, December 7 at 4pm EST.

Lauren Kelley is a storyteller employing a wry wit when surveying notions of emotional excess. Her approach to animation combines clay-mation with a collection of tan, plastic toys to stylistically evoke the children’s television programs of the artist’s youth. Her jittery, low-tech ideas take place amongst Technicolor dioramas; a plush backdrop in contrast to the flaccid storylines of a discontented cast of innocent characters.

Joiri Minaya’s work is a reassertion of Self, an exercise of unlearning, decolonizing and exorcizing imposed histories, cultures and ideas. She reconciles the experiences of growing up in the Dominican Republic and navigating the United States and the Global North, using gaps, disconnections and misinterpretations as ground for creativity.

Devin N. Morris collapses memory and space to envision delicate new realms of existence. Informed by his upbringing in Baltimore and his personal experiences as a queer man of color, his work often portrays semi-fictive characters who exchange acts of kindness and care within surreal domestic settings. Extending his practice of collage into physical assemblage and sculpture, Morris creates site-specific environments that refract the domestic interior and subvert traditional values and social boundaries.

Dana Robinson is a Brooklyn based multimedia artist whose work often addresses Black visual culture as it connects to leisure, love and social mobility. Since the beginning of the pandemic, Robinson has been using her skills as a painter and designer to raise money for groups like the Black Brooklyn Queer Fund and Black Trans Rent Relief. She earned her BFA in Design from Florida State University and her MFA in Fine Arts from the School of Visual Arts in New York. Conversations of Dana Robinson’s eclectic collection have been covered by publications such as Vice, Ain’t-Bad, NY Mag’s Vulture, and It’s Nice That. She has three upcoming solo shows in 2022 at AIR Gallery, Haul Gallery in Brooklyn, and Fuller Rosen Gallery in Portland. She is currently a fellow at AIR Gallery and will be in residence at Wassaic Project in 2022.

After reviewing its own 25-year history, while also taking stock of the disproportionate impact of COVID-19 on Black, Latinx and Indigenous communities in part as a result of local and global histories of systemic racism, ISCP initiated the Vision Fund in Spring 2020 to increase the participation of exceptional artists of color in its residency program. The fund amplifies ISCP’s commitment to diversity, equity, and inclusion, strengthening and deepening our work of supporting BIPOC artists. 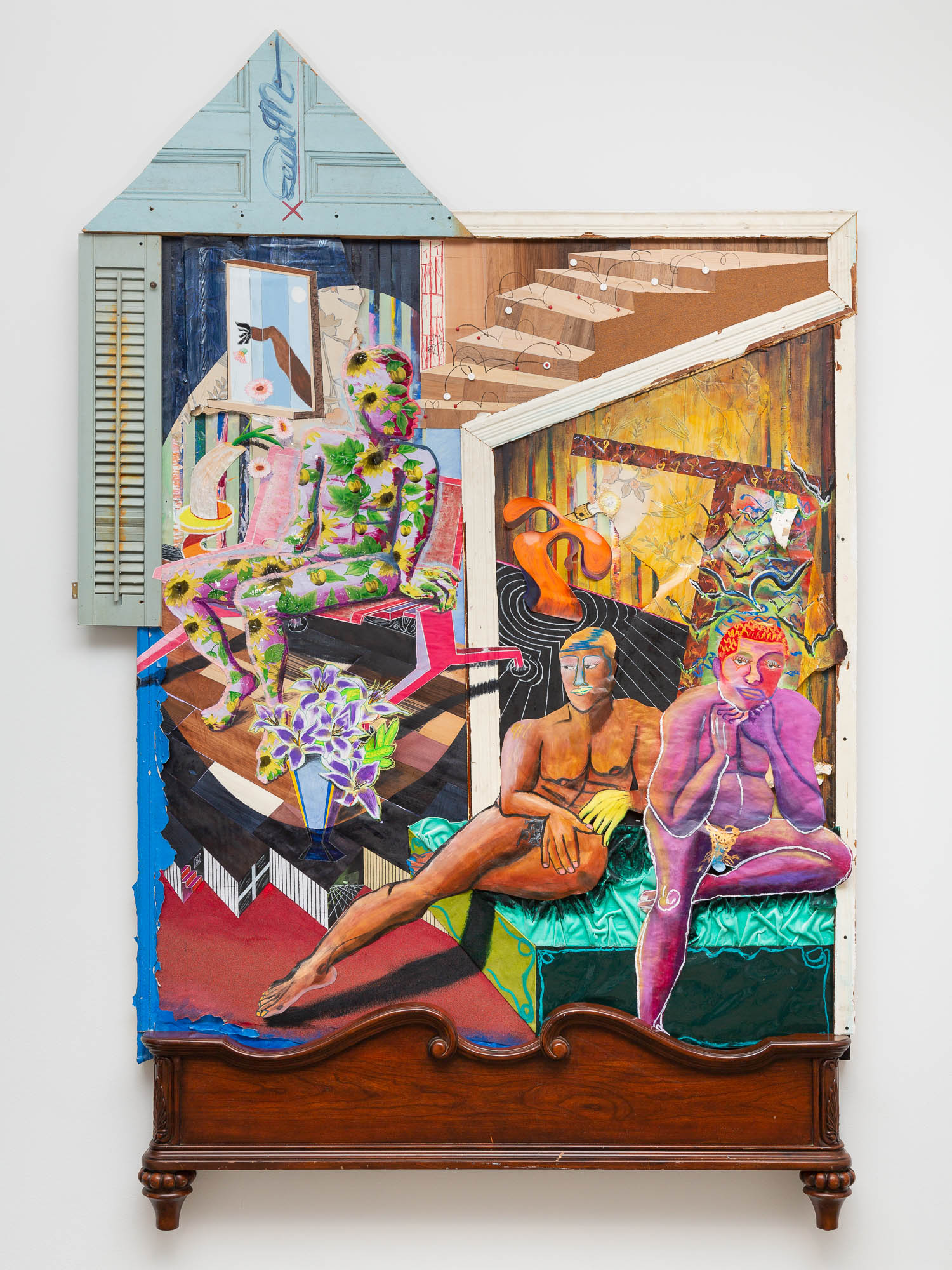 Artists at Work: Skaus and Dylan Gauthier on Instagram Live

For this Artists at Work program, the Norwegian artists’ collective Skaus, current residents at ISCP, will have a conversation with Dylan Gauthier, ISCP alumnus and Director of the EFA Project Space. They will discuss DIY boat building and artistic actions past, present and future on New York waterways. A Q&A with the audience will follow.

In 2022 for their ISCP residency, Skaus plans to build a vessel that will place art in a maritime landscape. This unattached and drifting art platform will offer direct contact with various urban spaces and landscapes. They will invite a number of artists and actors to work on board throughout the project period. This will be an experiment with architecture and the surrounding environment, and investigate what possibilities the absence of a solid foundation can offer for experiencing art.

The vessel’s mobile nature is inspired by an old building custom from Rogaland, a Norwegian county. To find work in the 19th century, people from remote fjord regions dismantled their houses and sailed the materials to Stavanger where the house was reassembled. The structure on top of the floating vessel will be based on Norwegian-American settler architecture.

Tune into the Instagram Live here on Tuesday, November 30 at 4pm EST.

Working in a range of media including sound, performance, video, sculpture, architecture, and photography, Dylan Gauthier’s research-based and collaborative projects explore  intersections between ecology, architecture, landscape, and environmental justice. Gauthier’s individual and collective projects have been exhibited at the Centre Pompidou, Musée national d’art moderne, the Parrish Art Museum, CCVA at Harvard University, the 2016 Biennial de Paris (Beirut), the Center for Architecture, International Studio & Curatorial Program, the Chimney, the Neuberger Museum at SUNY Purchase, Columbus College of Art and Design, the Walker Art Center, EFA Project Space, and other venues in the US and abroad. He is Director of the Elizabeth Foundation for the Arts Project Space, a 501c3 non-profit gallery devoted to experimental practices in the visual arts located in Times Square, NYC. 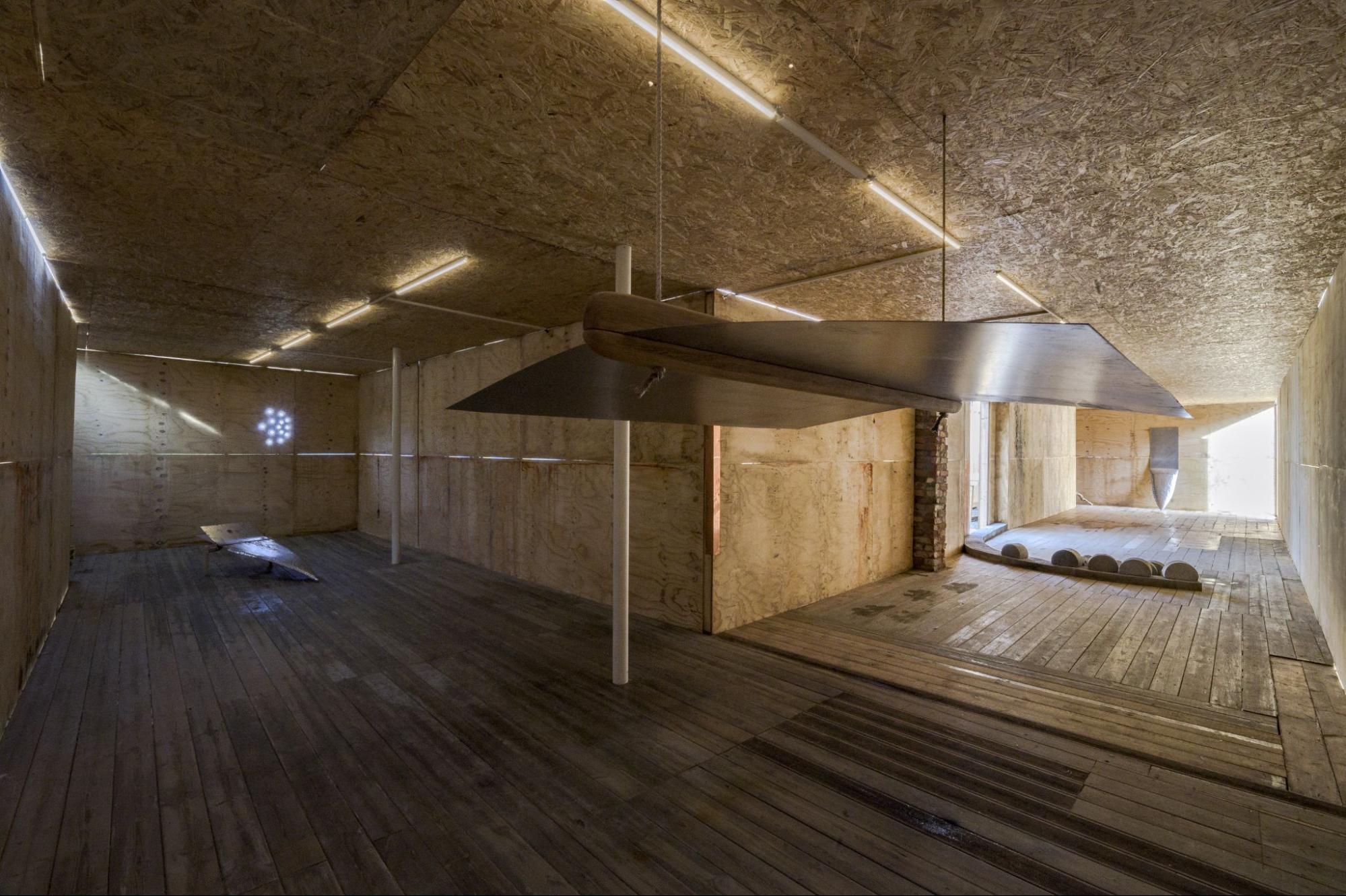 The International Studio & Curatorial Program (ISCP) Fall Open Studios is an exhibition of international contemporary art presented by the 34 artists and curators from 26 countries currently in residence. Guest speaker and ISCP alumna Tania Candiani will make remarks during Open Studios.

Twice a year only, ISCP offers the public access to private artists’ and curators’ studios to view artwork and share one-on-one conversations. For its first in-person Open Studios event since 2019, ISCP invites the public to engage in dialogue around contemporary art with arts professionals from across the globe. Concentrated in a three-story postindustrial loft building on the edge of Bushwick, ISCP supports the creative advancement of residents, with a robust program of individual workspaces and professional benefits.

On Delegitimization and Solidarity: Sisiku AyukTabe, the Martin Luther King Jr. of Ambazonia, the Nera 10, and the Myth of Violent Africa, the first United States solo exhibition by ISCP artist-in-residence Adjani Okpu-Egbe, curated by Amy Rosenblum-Martín, will be on view in the 2nd floor gallery. The artist presents mixed media compositions, aiming to raise awareness about Ambazonia, also known as Southern Cameroons or English Speaking Cameroons, where Okpu-Egbe was born and lived until 2004. His antiracist and decolonial visuals, along with written, spoken, and musical contextualization, shed light on the ongoing war waged in Ambazonia by the French neocolonial regime in Cameroon.

In addition, 00:0_, a solo exhibition of works by Carlos Franco, an ISCP Ground Floor Program artist-in-residence, will be presented during Open Studios in the project space. The exhibition centers around an interactive installation that highlights the hyperactive consumption of images through digital devices that interface with our daily lives. For Franco, the pieces that constitute 00:0_ are micro essays attuned to contemporary attention spans; they reflect our lopsided cultural landscape.

In addition to the many individuals who support ISCP, the members of Director’s Circle are also thanked for their largesse: Anne Altchek, Tansa Ekşioğlu, William H. Harrison, Samar Maziad, and Laurie Sprayregen. 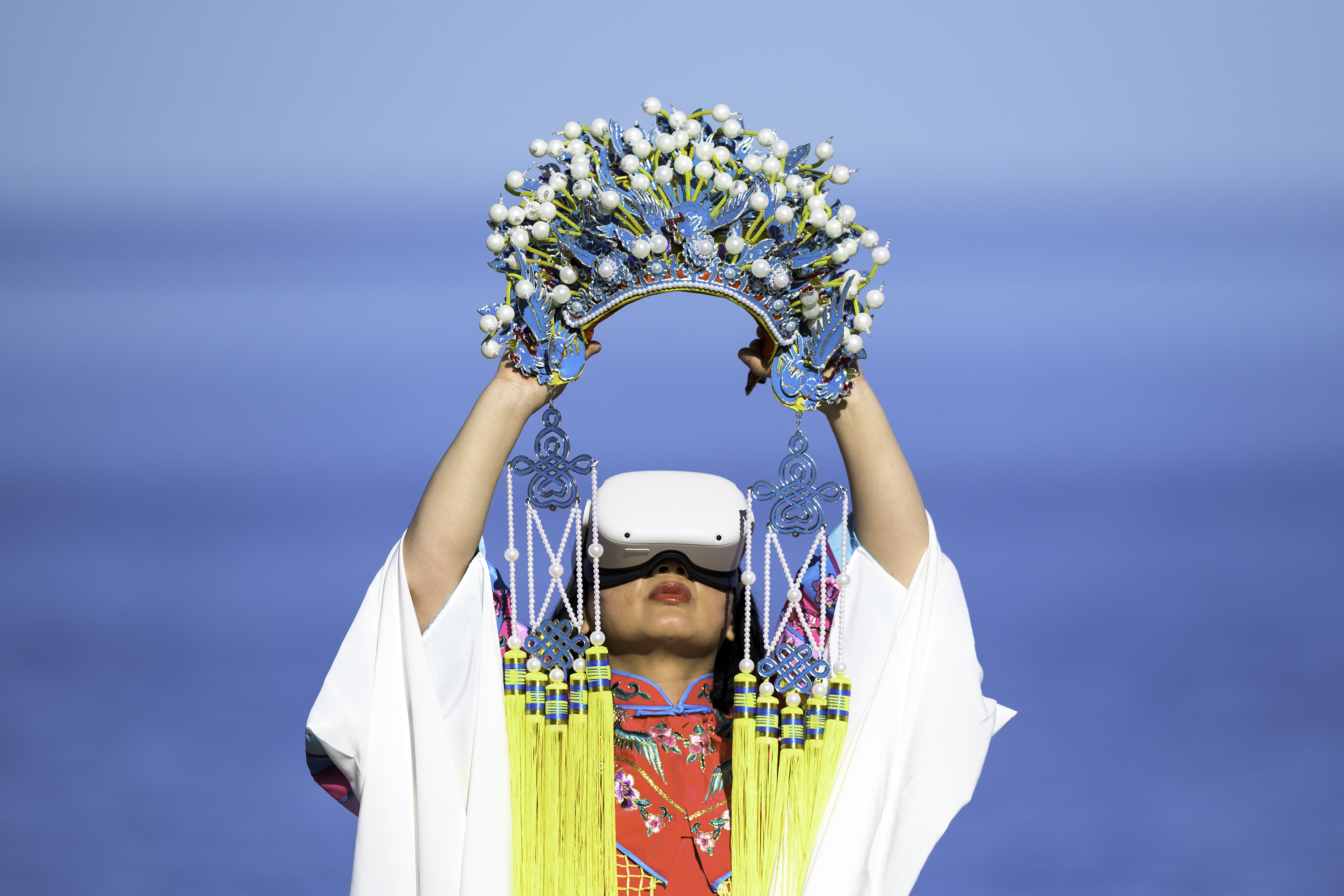 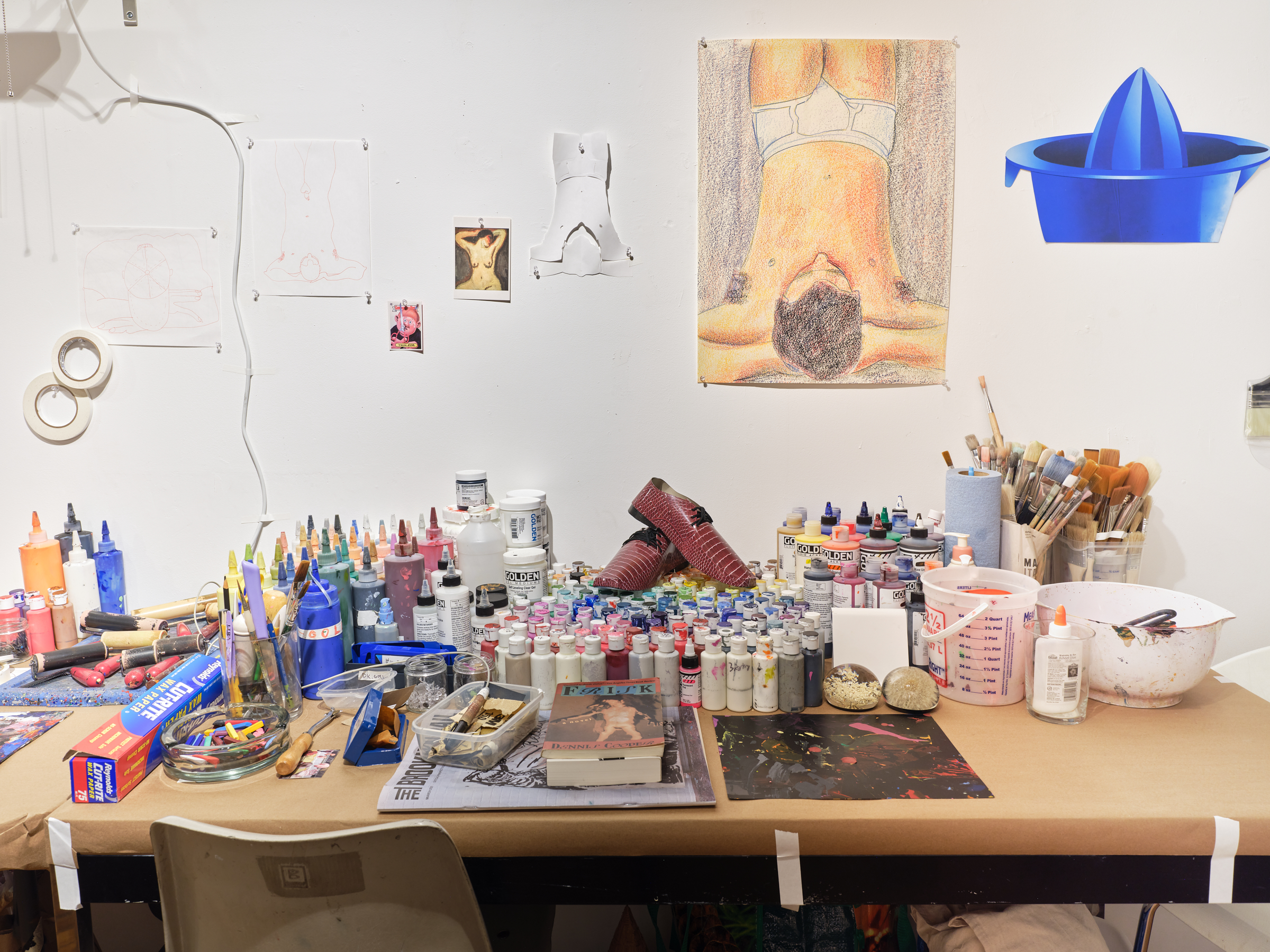 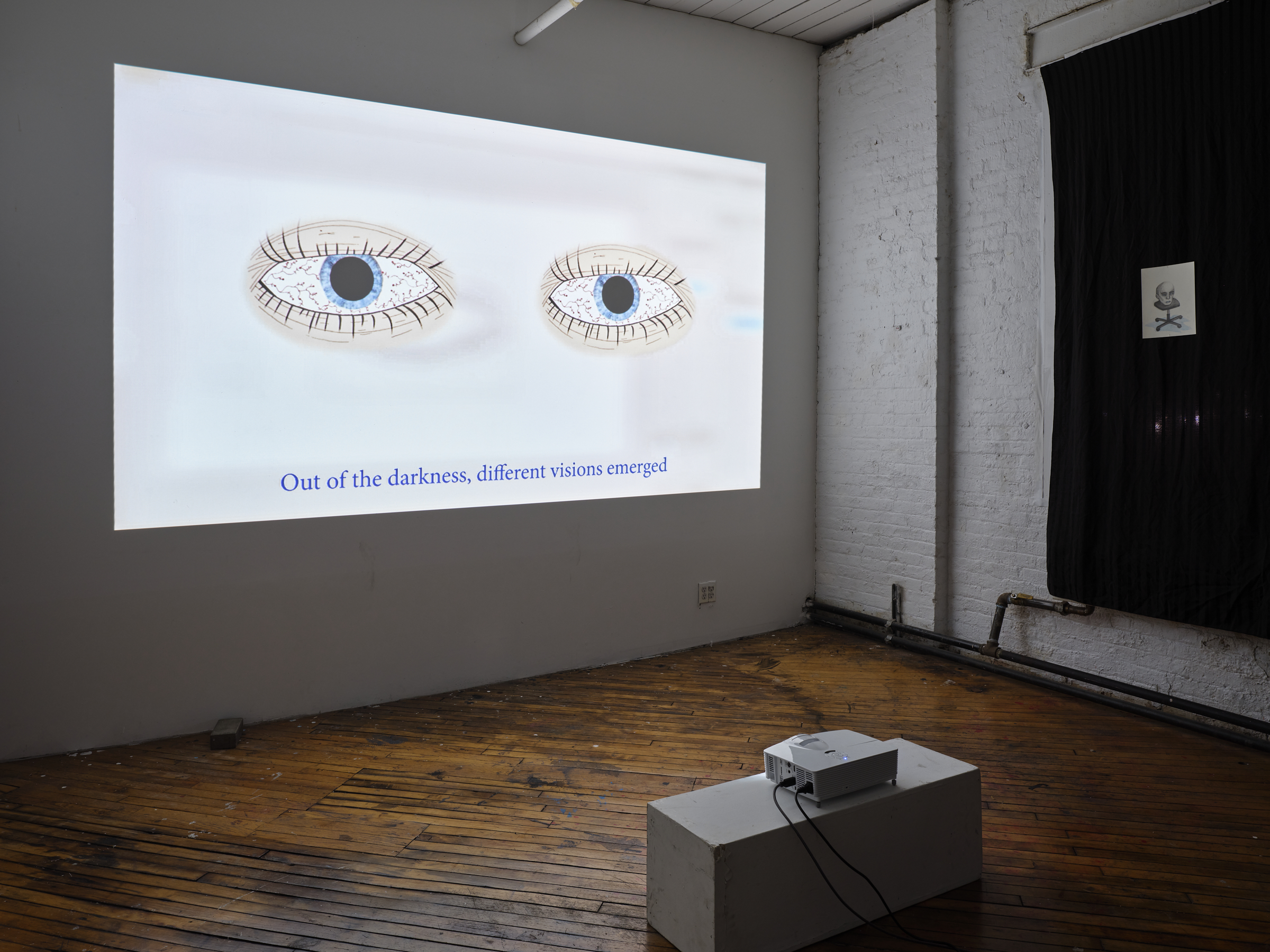 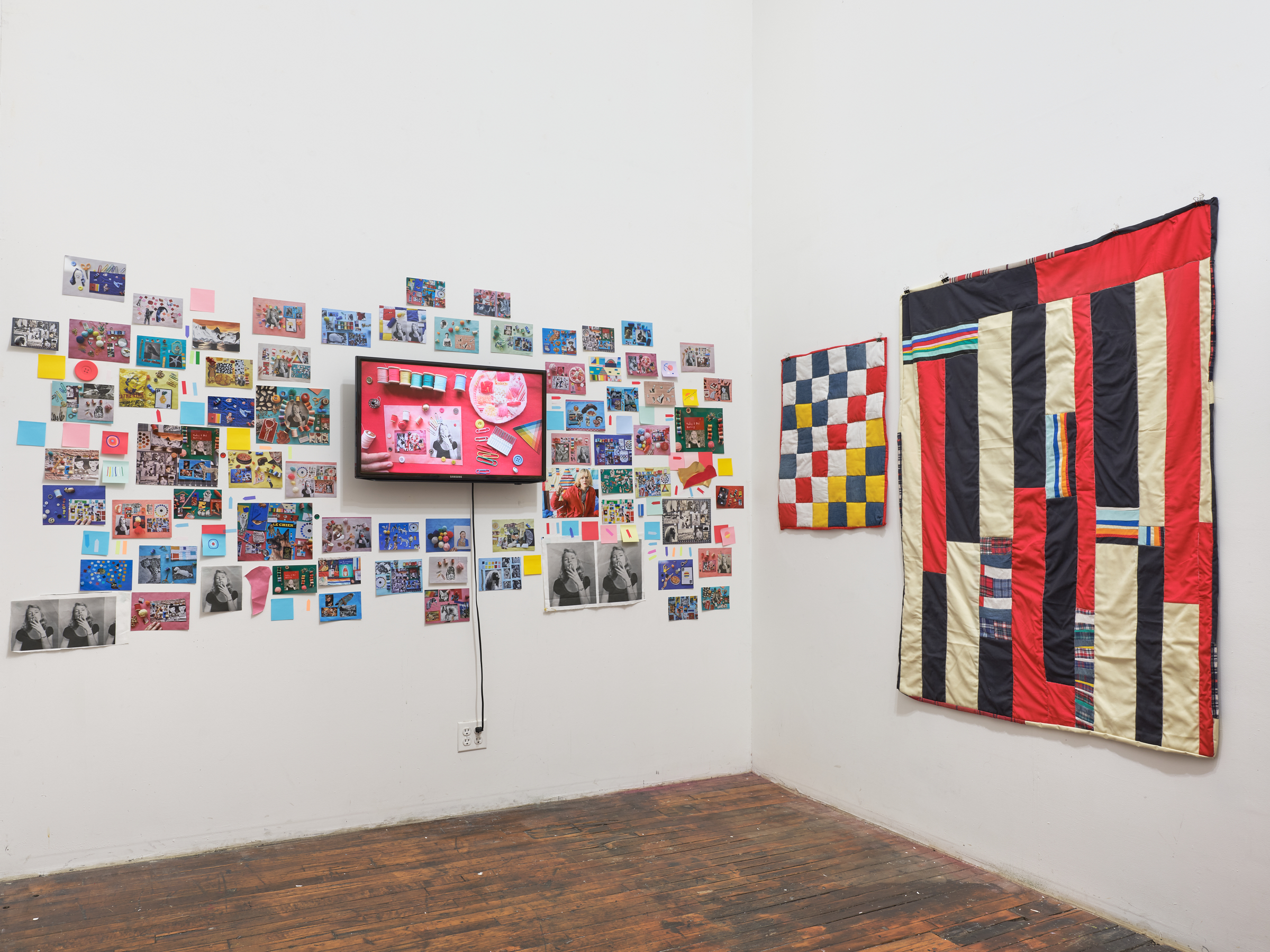 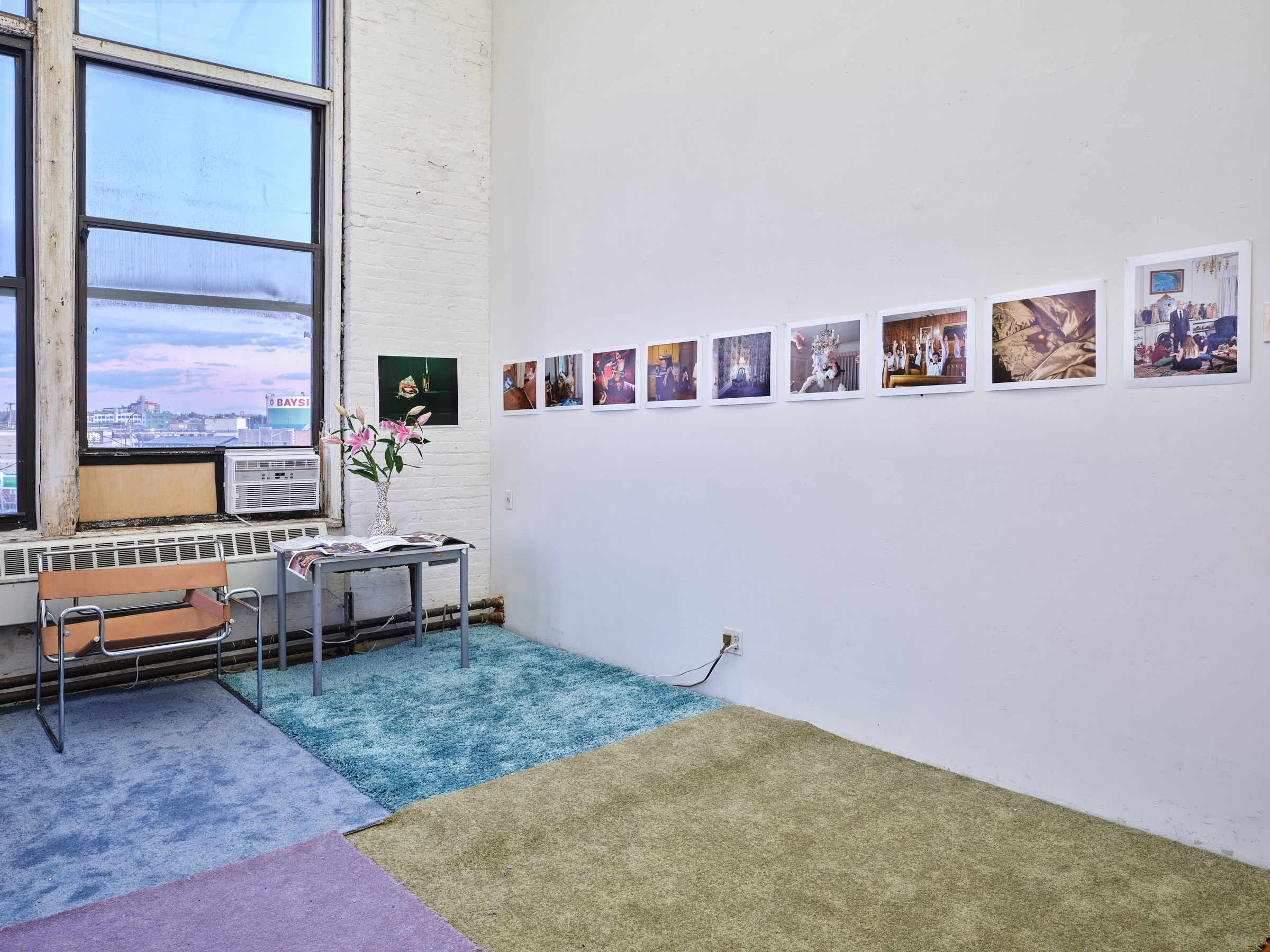