The International Studio & Curatorial Program (ISCP) announces Hope Is a Dry Colour, a selection of works by Micha Serraf as part of 1-54 New York 2022 Special Projects. Serraf is the recipient of the Ritzau Art Prize 2021, an award that provides global visibility, professional development, and career enhancing residencies to promising visual artists from the African continent and who are of African descent in New York. In pursuit of memory, identity, and a place to call home, Zimbabwean artist Micha Serraf’s uncanny photographs and hand sewn tapestries are motivated by a drifting sense of nostalgia for personal and familial experiences.

The evocative presence of people of color is foregrounded throughout the project, symbolized by the ancestral totemic monoliths in the tapestries and by the anonymous figures of the photographs. The African landscapes depicted here are actually now inaccessible military bases, or restricted nature reserves owned and operated by families of colonial descent, but they are all places that would have been passed through freely by the artist’s ancestors. Serraf feels caught between considerations of ancestral history and utopic optimism.

Micha Serraf is a photographer who explores the construction and deconstruction of identity, belonging, Blackness and masculinity through photography. The artist was born in Zimbabwe and fled to South Africa at a young age. This mobility prompted Serraf to observe his behavior and that of other foreign nationals regarding the safest shape to inhabit in new environments. This fluid presentation of self, and the ability to be malleable, are used to access forms of acceptance and camouflage. Through his practice, Serraf is interested in demonstrating the evolutionary, fluid, and emotional entanglements related to the purpose, interpretations, and performance of race and origin. Serraf has exhibited work at Foam, Amsterdam; Unseen Photo Fair, Amsterdam; C/O Berlin, among others.

Founded by Touria El Glaoui in 2013, 1-54 is the leading international art fair dedicated to contemporary art from Africa and its diaspora with annual editions in London, New York (since 2015), and Marrakesh (since 2018). Drawing reference to the fifty-four countries that constitute the African continent, 1-54 is a sustainable and dynamic platform that is engaged in contemporary dialogue and exchange. For more, 1-54.com

About the Ritzau Art Prize, a commitment to artists from Africa and African descent:

The Ritzau Art Prize is funded by Colleen Ritzau Leth, Executive Director at Tauck Ritzau Innovative Philanthropy, a private family foundation that since 2017 has supported residencies for young, promising African artists at the International Studio & Curatorial Program in Brooklyn, New York. The Ritzau Art Prize builds on the foundation’s commitment to providing artists from the continent with dynamic, immersive residencies that create visibility and advance their careers. TRIP has supported ISCP residencies for artists from the African continent including Younes Baba-Ali (2019), whose wry, subversive art often takes place in the public streets of North Africa; Nigerian artist Modupeola Fadugba (2018), whose affecting paintings and works on paper explore issues of identity representation and access; and Kiluanji Kia Henda (2017), a self-taught Angolan artist whose work was recently acquired by Tate Modern in London and the subject of a major solo show (2020) in Museo d/Arte Provincia di Nuoro in Italy, his first in Europe. Cameroonian painter and installation artist Adjani Okpu-Egbe (2020), whose raw, expressive art investigates African colonial history and political activism, was the inaugural Ritzau Art Prize recipient. Micha Serraf, whose uncanny photographs and hand-sewn tapestries are motivated by drifting nostalgia for personal and ancestral experiences, was the prize winner in 2021.

Twice a year, ISCP offers the public access to private artists’ and curators’ studios to view artwork and share one-on-one conversations. This year, ISCP invites the public to engage in dialogue around contemporary art with arts professionals from across the globe. Concentrated in a three-story postindustrial loft building on the edge of Bushwick, ISCP supports the creative advancement of residents, with a robust program of individual workspaces and professional benefits.

Sharon Norwood’s Drawing Room, the first New York solo exhibition by Sharon Norwood, curated by ISCP resident Dr. Petrina Dacres, will be on view in the first floor project space. Drawing inspiration from the shape of Black hair, Noorwood’s work’s starting point is often a curly line. In her abstract prints and paintings, she intertwines organic lines to act as gestural markings; in her ceramic sculptures and installations, the curly line surfaces in interwoven geometric shapes. Norwood’s formal gestures symbolically reference the Black body and its relationship to politics of labor, beauty and race.

In addition, Lizania Cruz: Every Immigrant Is a Writer/Todo Inmigrante Es un Escritor, a solo exhibition of works by Lizania Cruz, an ISCP International artist-in-residence, will be on view in the 2nd floor gallery. The exhibition delves into individual and collective experiences of Black immigrants and first-generation Black Americans, culminating the artist’s five-year project, We the News. It encompasses the many creative and participatory formats that Cruz’s iterative project has taken since 2017, ranging from community story circles, a newsstand display of zines available for visitors to activate, to workshops convened for immigrants to trace their routes to get to the United States. 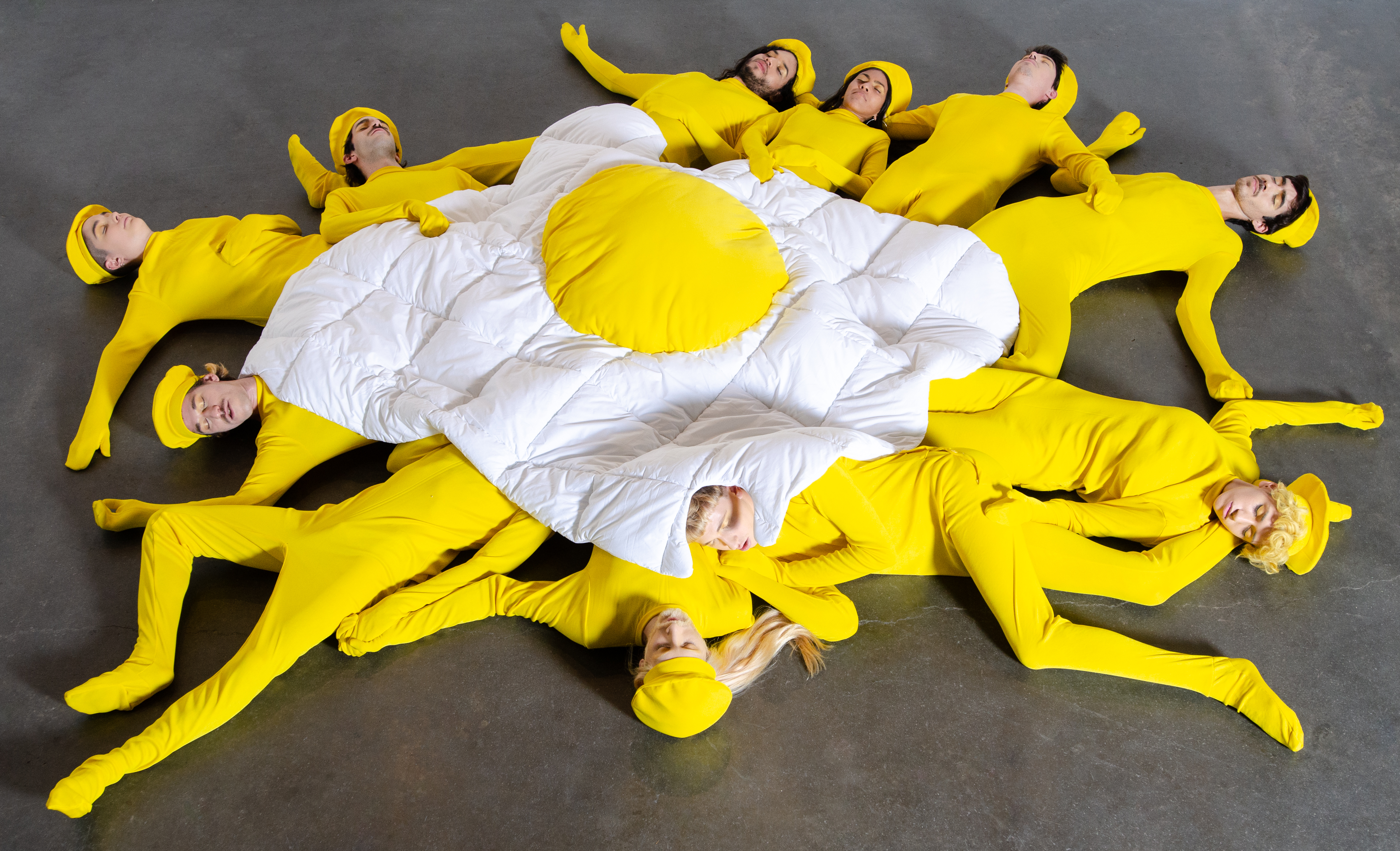 For this in-person Artists at Work, current ISCP artist in residence Ilya Fedotov-Fedorov will speak with curator Francesca Altamura. The pair will discuss the current political climate, the artist’s recent immigration to New York, and his artistic practice at-large.

Ilya Fedotov-Fedorov (b. Moscow, Russia) is an artist currently based in New York, NY. He works with sculpture, installation, and video to explore themes related to identity politics and queer ecologies. Using scientific and museological collection strategies, the artist attempts to deconstruct relationships with nature, gender, and the body. He has exhibited at Kunsthaus Baselland, Muttenz; the 4th Ural Industrial Biennial of Contemporary Art, Ekaterinburg; and the Moscow Museum of Modern Art, Moscow; among many others.

Francesca Altamura (b. New York, NY) is a curator and organizer born and based in New York, NY. In 2021, she co-curated one of the Main Projects for the VII Moscow International Biennale for Young Art, selected through an open call for curators under the age of 35. She previously worked as a Curatorial Assistant for the New Museum of Contemporary Art, where she collaborated with artists including Diedrick Brackens, Sydney Shen, Ahaad Alamoudi, Randa Maroufi, among others. 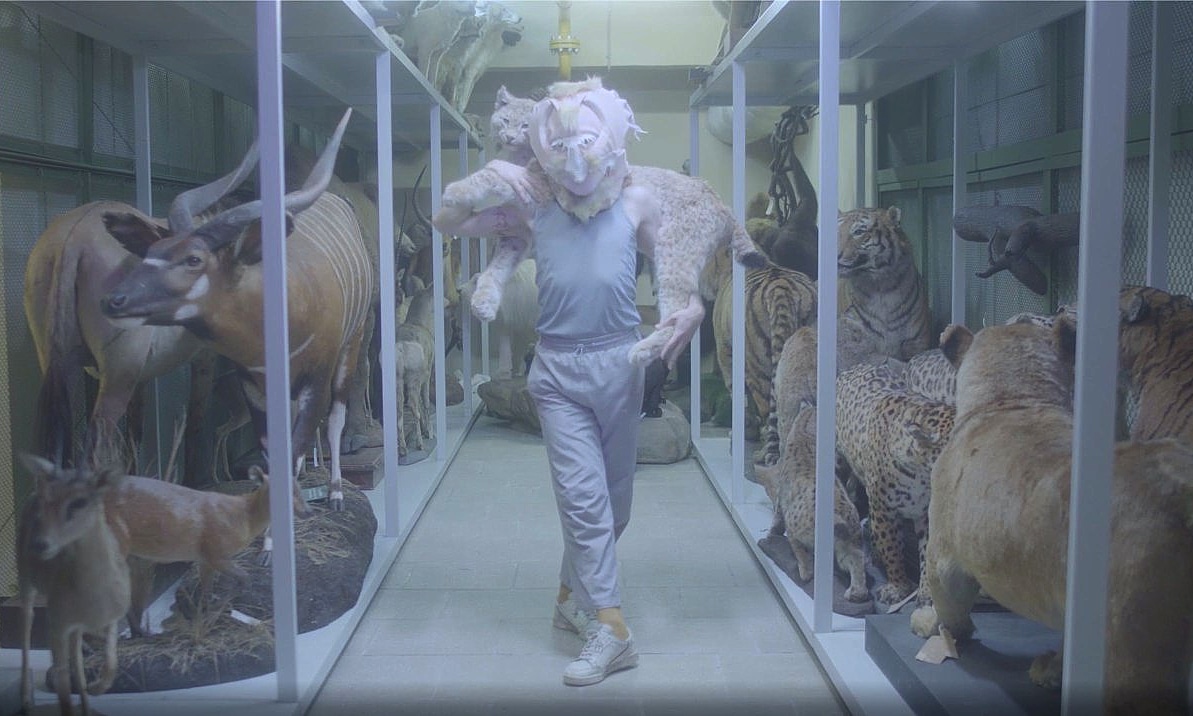 Ilya Fedotov-Fedorov, video still, The Moth and the Bat Flying to the Light, 2021, single-channel video, color, and sound, 10:00 min. Courtesy of the artist