For this Artists at Work, ISCP artist-in-residence Claudine Arendt will be in conversation with curator Jess Wilcox about her wide range of sculptural projects inspired by scientific data, human behavior, and the natural world. Among the works discussed will be Arendt’s large scale outdoor fountain Ahead of Time, The Times Ahead, which squirts water spray out of noses that are attempting to hold in sneezes as an absurdist tribute to the social faux pas of the Covid-19 pandemic, and Through a porcelain cast, a set of vessels in the shape of the sound waves made by microscopic sea creatures known as zooplankton, that has chaetognaths, salps, medusae, euphasiid, appendicularian and copepods shaping and adorning espresso cups, beer glasses, ketchup-dippers and whipped cream holders.

Claudine Arendt is a Luxembourgish artist based in Amsterdam. She performs and exhibits in public space, has presented at science and ceramics conferences, and collaborates with the Scripps Institution of Oceanography at the University of California San Diego. She was awarded the Stipendium for Emerging Artists by Mondriaan Fonds, has stayed in residence at the European Ceramic Workcenter (EKWC) and installed a fountain sculpture at Oeuvre Nationale de Secours Grande-Duchesse Charlotte. She received her B.F.A from the Gerrit Rietveld Academy Amsterdam and an M.A. in European Film and Media Studies from the Bauhaus-Universität Weimar.

Jess Wilcox is an Independent Curator. From 2016 to 2022, she was Curator and Director of Exhibitions at Socrates Sculpture Park. There she has curated several group and solo exhibitions of work by Helio Oiticica, Guadalupe Maravilla, Virginia Overton and Nari Ward, as well as the Socrates Annual exhibitions.  From 2011-2015 she worked at the Elizabeth A. Sackler Center for Feminist Art at the Brooklyn Museum organizing public programs and public artworks and where she co-curated Agitprop!, an exhibition of historical and contemporary political art. She has curated shows at Abrons Art Center, ISCP and SculptureCenter, among other venues.  She has a BA from Barnard College and a Master’s degree from Bard CCS. 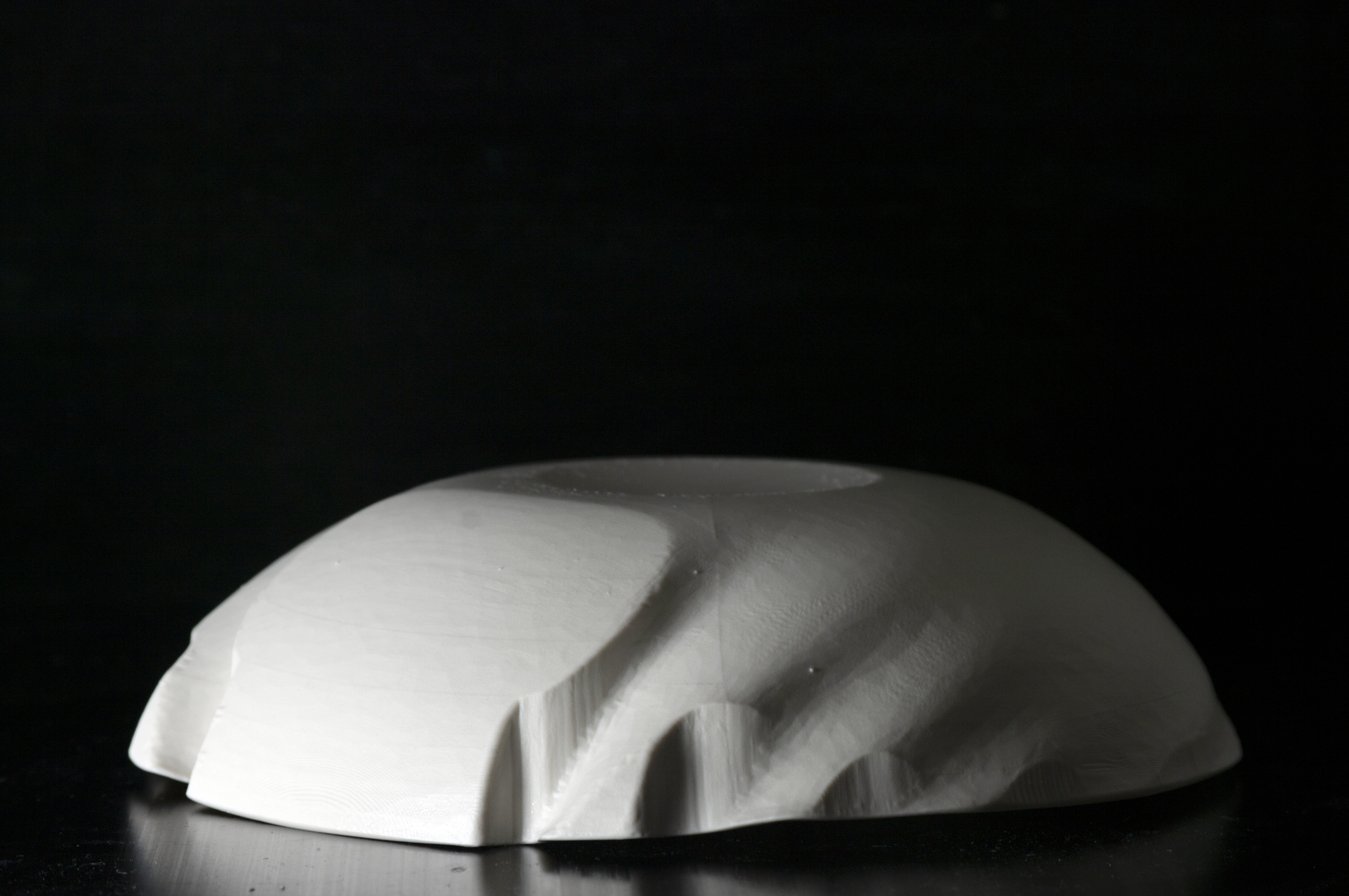 This roundtable discussion On Sonic Politics is organized by curator Fabian Flückiger and ISCP artist in residence Felix Kindermann. Together with ISCP residents Clae Lu, Anna Schimkat, and Taavi Suisalu, they will discuss how and why each artist uses sound in their practice. From there they will delve into the measurable and emotional effects of sound, how audiences experience it, and its impact on individual actions and social interactions.

Fabian Flückiger is a freelance curator and lecturer who has realized exhibitions and publications on Nora Turato, Steven Parrino, Miriam Laura Leonardi, Manon de Boer and ektor garcia. He is the curator of  A Tongue Becomes Yours, a group exhibition including Kindermann’s work, on view at CC Ter Dilft in Belgium.

Clae Lu is a queer, Han Chinese American artist from Queens, New York. They identify as an artist, designer, cultural worker, and Chinese zither (古筝) musician. Lu believes in the power of the arts and grassroots activism to foster dialogue, reflection, and action.They have exhibited work at the Metropolitan Museum of Art; Elsewhere; and Wook + Lattuada Gallery, all in New York City, among others.

Anna Schimkat is a visual artist who has expanded her work into sound art through installations and performances. Schimkat creates spaces that sharpen perception and force the perceiver’s action. She has exhibited work at Z.i.m.m.t., Germany; RE:FLUX 16, Festival D’Art Sonore, Canada; and Galerie für Zeitgenössische Kunst, Germany, among others.

Taavi Suisalu creates cultural-ecological contexts that operate on technical, metaphorical, and poetical levels at the same time. His work takes the form of interactive installations, performative situations, and curatorial endeavors. He has exhibited work at Contemporary Art Museum of Estonia (EKKM), Tallinn; Bozar, Brussels; and Le Lieu Unique, Nantes, among others. 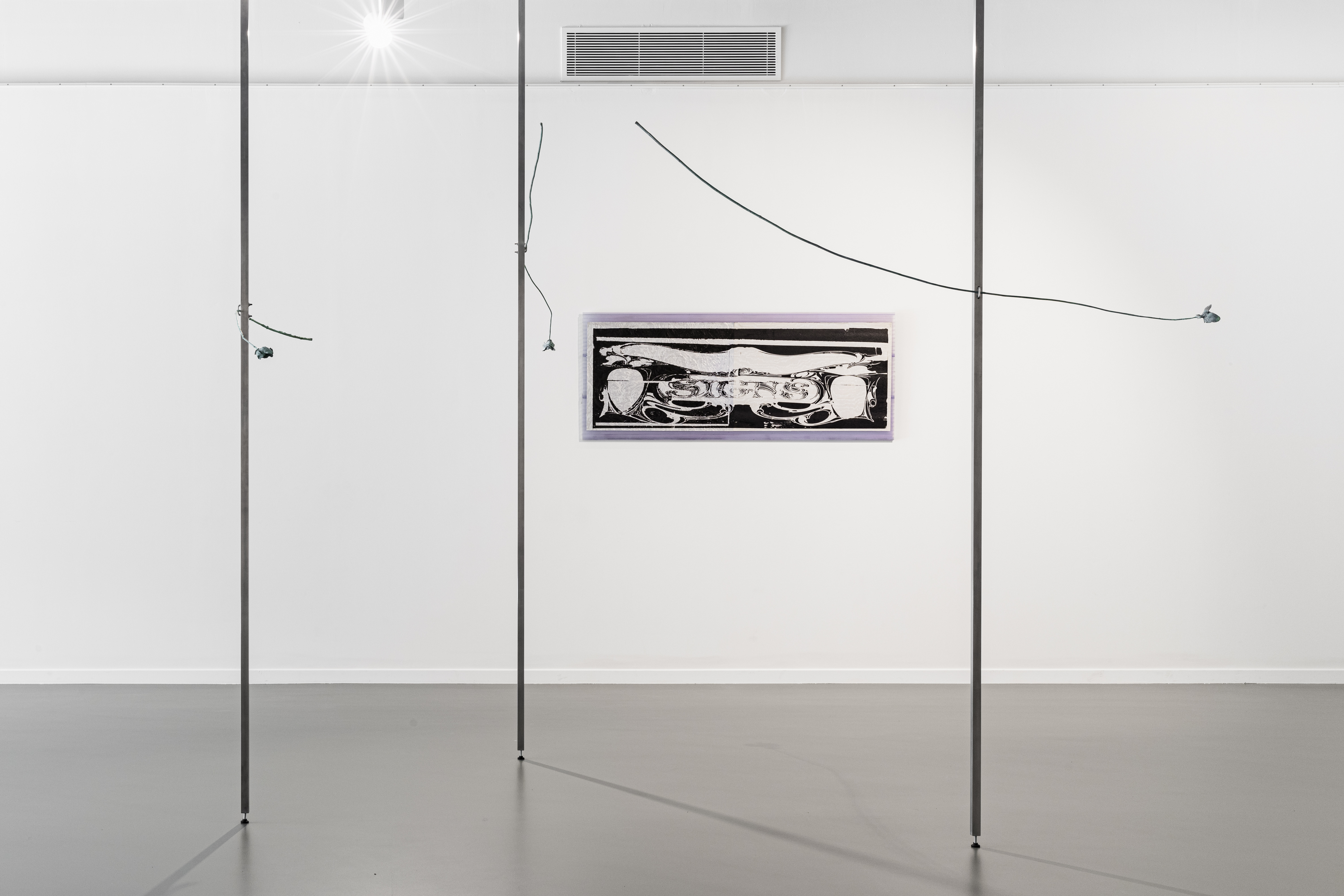 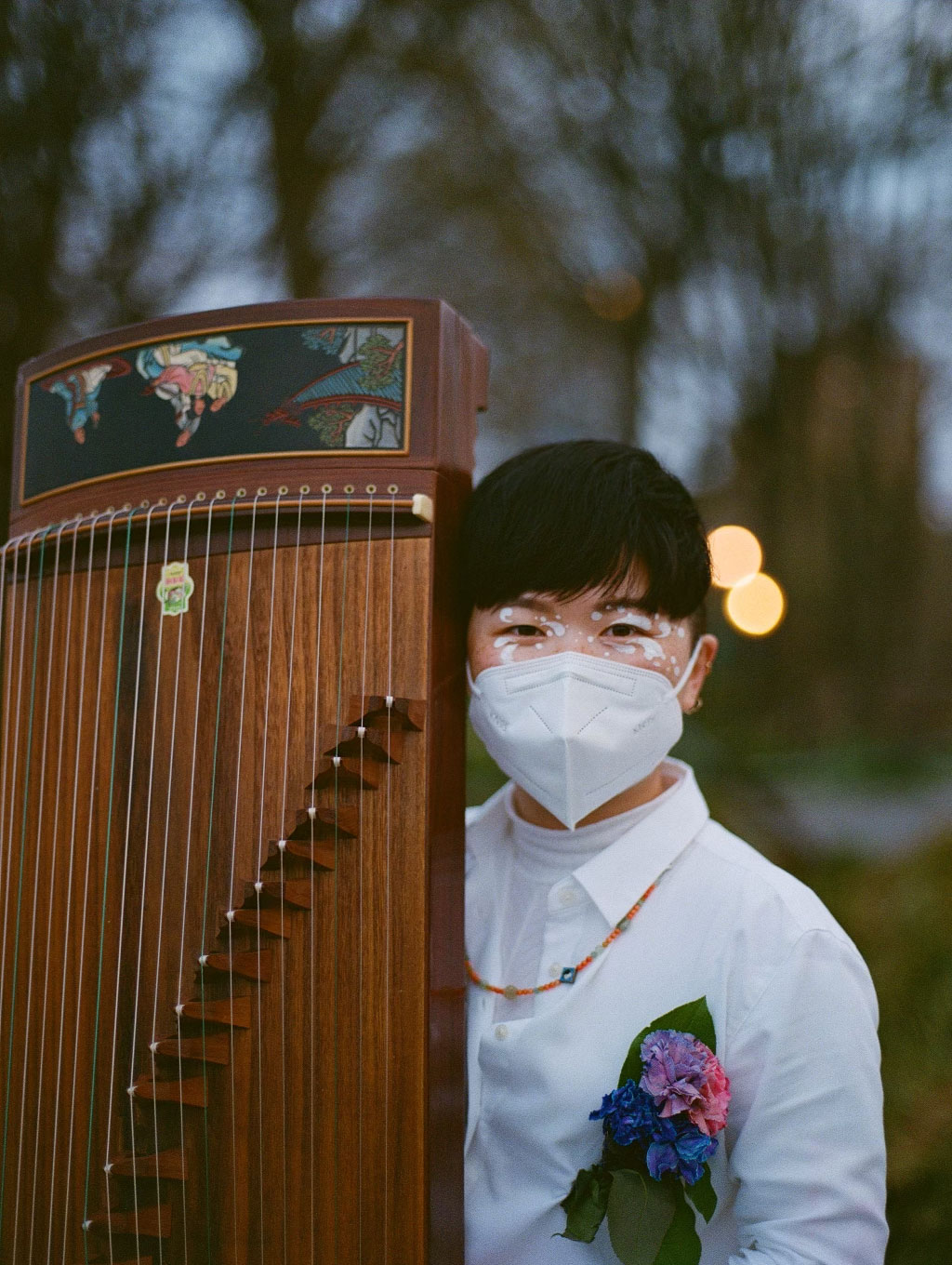 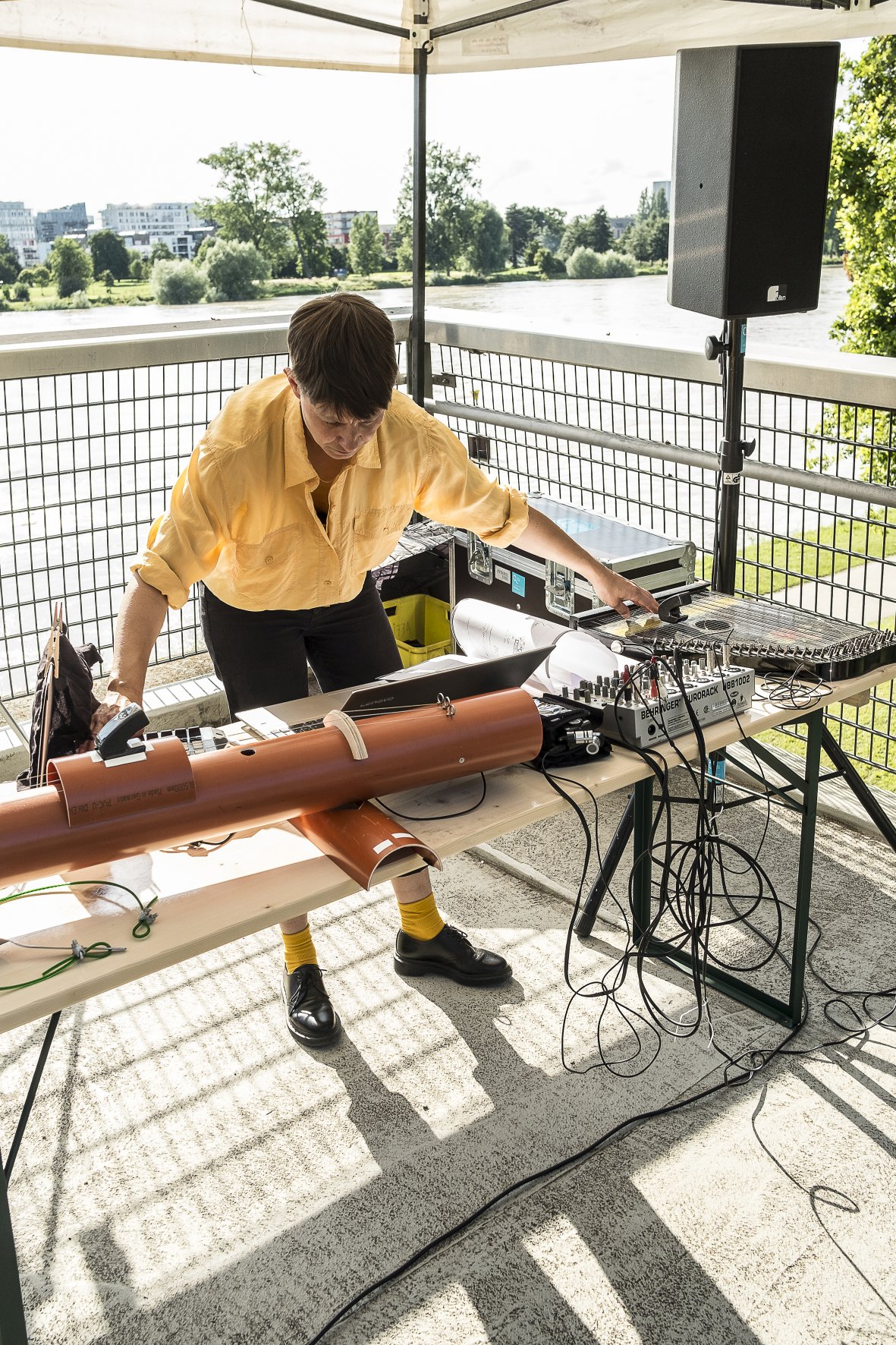 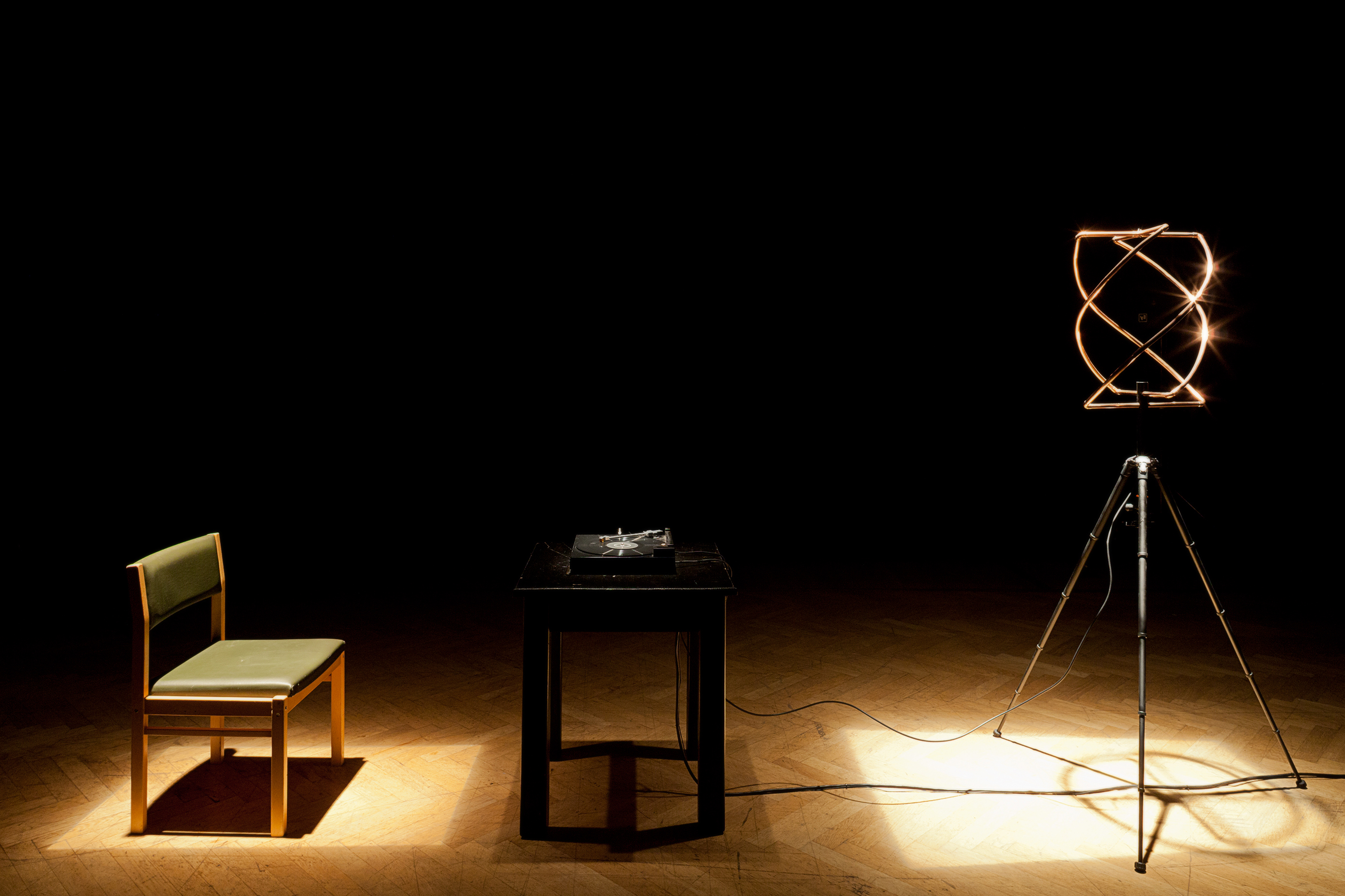 Taavi Suisalu, Études in Black, installation view, NO99, Tallinn. Courtesy of the artist

The International Studio & Curatorial Program (ISCP) Fall Open Studios is a presentation of international contemporary art organized by the 37 artists and curators from 31 countries currently in residence. Guest speaker Abigail DeVille, Artist and ISCP alumna, will make remarks during the opening reception.

Twice a year, ISCP offers the public access to private artists’ and curators’ studios to view artwork and share one-on-one conversations. This fall, ISCP invites the public to engage in dialogue around contemporary art with arts professionals from across the globe. Concentrated in a three-story postindustrial loft building on the edge of Bushwick, ISCP supports the creative advancement of residents, with a robust program of individual workspaces and professional benefits.

Maliyamungu Gift Muhande: Kobikisa, a solo exhibition by Maliyamungu Gift Muhande, recipient of The New York Community Trust’s Edward and Sally Van Lier Fund residency at ISCP, and curated by Lauren Wolchik, will be on view in the first floor project space. Born in the Democratic Republic of Congo, raised there and in South Africa, and now based in New York City, Muhande investigates her identity, Blackness, and diasporic history through diverse media including film, painting, drawing, sculpture, performance, and social practice. Translated as “to heal” in Lingala, Kobikisa features an immersive video installation and a series of large-scale works on paper that create a space of healing and self-empowerment.

In addition, Water Works, a group exhibition curated by Danielle Wu, is on view in the second floor gallery. The exhibition brings together six artists who turn to the washroom as an aesthetic resource: Hana Al-Saadi, Laurie Kang, Ajay Kurian, Mia Raadik, Pauline Shaw, and HaeAhn Woo Kwon. Whether inside the sauna, the hammam, the beauty salon, or the shower, the act of washing oneself has served as grounds to destabilize bodily integrity. As a phrase that references both civic irrigation systems and a crying fit, Water Works draws a line between one’s own flesh and the broader, social body. 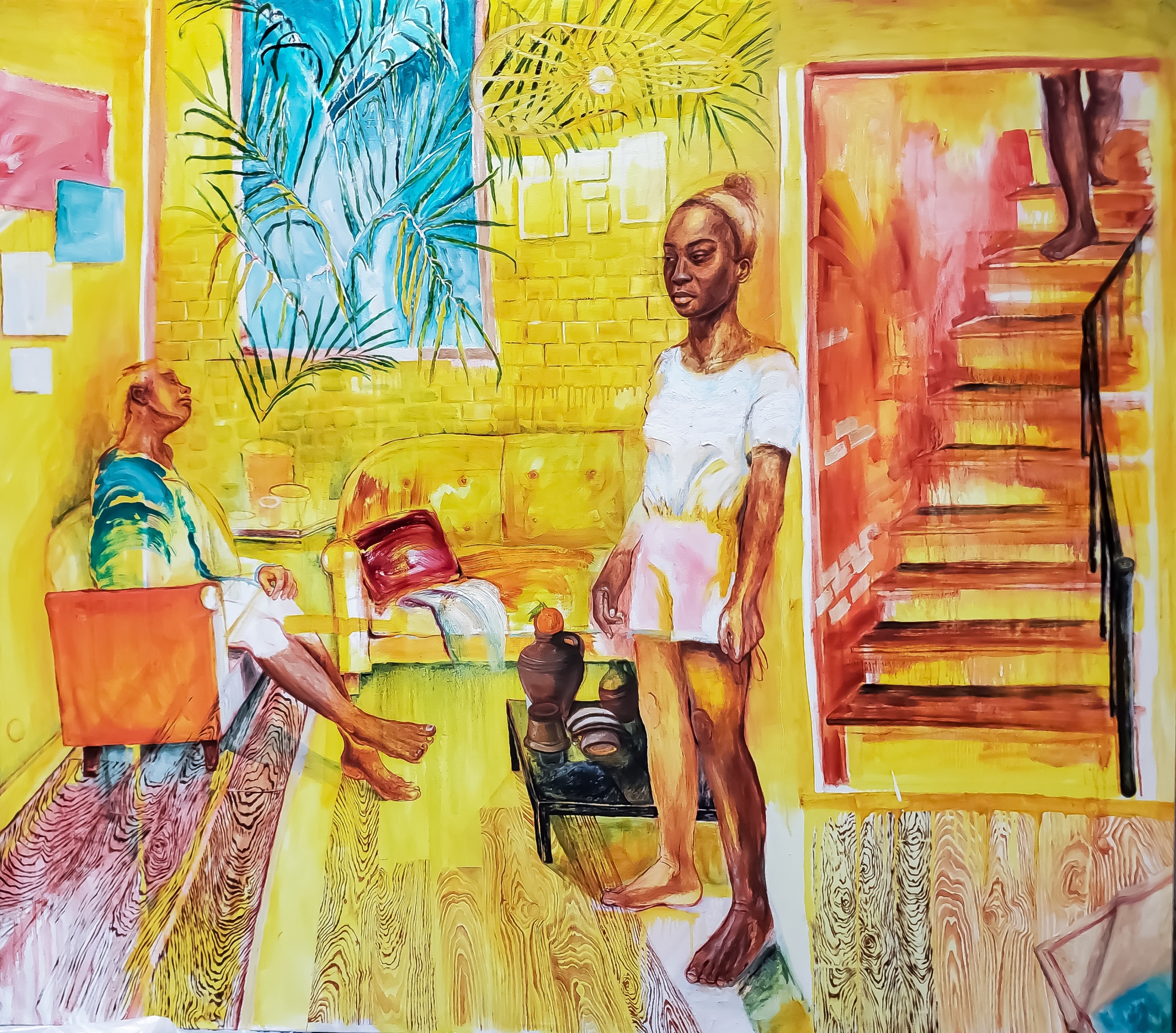